Richmond council has denied an appeal to reduce fees for a property owner whose tenant allegedly ran a meth lab in the house.
Dec 9, 2019 1:22 PM By: Maria Rantanen 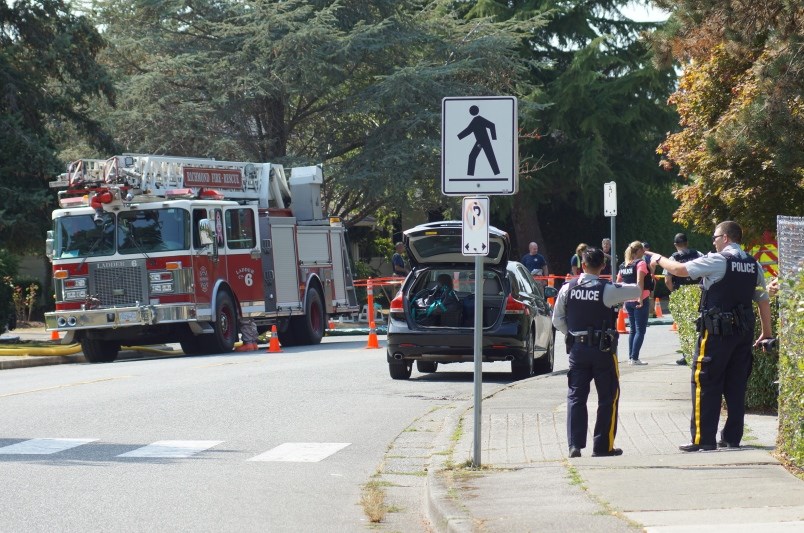 A meth lab was found on Kingfisher Drive in August 2018.

Richmond council has denied an appeal to reduce fees for a property owner whose tenant allegedly ran a meth lab in the house.

Jing Cong, the owner of a property on Kingfisher Avenue where the lab was found last year, appealed to the city saying she wasn’t told she could choose a different cleanup company, claiming she was denied an interpreter and there was a “lack of disclosure, transparency and unreasonableness of the billing.” She also questioned the hours being billed for RCMP time.

The city’s lawyer, Anthony Iraci, refuted several of her claims saying she had enough time to retain another cleanup company – the only action that needed to be done within 24 hours was securing the property.

At a special council meeting on Monday, council members pointed out that the city had already lowered the fees by about $40,000.

Coun. Bill McNulty argued against dismissing the saying “ownership has responsibilities;” furthermore, he said emergency personnel risked their lives going into the building and there wasn’t any recognition of that in Cong’s appeal. He also said there should be a declaration of assets to show a hardship case.

Cong also owns another house in Richmond which she rents out.

Cong was charged about $67,500 plus a 20 per cent administrative fee for RCMP services. Cong claims she already paid almost $66,000 in cleanup fees and more than $7,000 to the city for boarding up and inspection services. On top of that, she was been billed about $8,500 by Richmond Fire-Rescue.

Cong said her family settled in Richmond in 2014, but their lack of English worked “against us in many aspects of life.”

She states they didn’t have a profit motive to rent, rather, they decided to rent it because copper wires were stolen from their previous house when it was empty due to renovations.

The majority of council agreed with a staff recommendation to dismiss the appeal by Cong to further reduce the fees – only Mayor Malcolm Brodie and Couns. Alexa Loo and Chak Au voted against the dismissal.