Wanzhou Meng was arrested Saturday and is facing extradition to the U.S.
Dec 5, 2018 2:24 PM By: Alan Campbell & Daisy Xiong 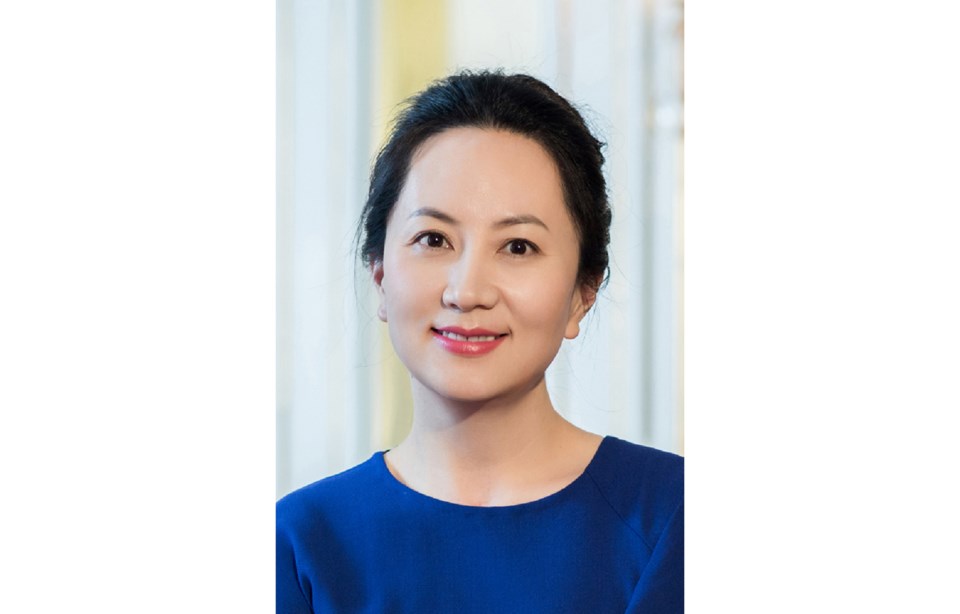 The chief financial officer for China’s global tech giant, Huawei Technologies, has been arrested in Richmond and is facing extradition to the U.S.

According to a statement obtained by the Richmond News from the Department of Justice Canada, Wanzhou Meng was arrested in Vancouver on Dec. 1.

The News understands that an arrest was made at or near Vancouver Airport on Saturday.

“She is sought for extradition by the United States, and a bail hearing has been set for Friday,” Justice Canada spokesperson Ian McLeod told the News via email.

As there is a publication ban in effect, which was requested by Meng, the department declined to provide any further detail of the extradition.

However, according to the Globe and Mail, she was arrested on suspicion she violated U.S. trade sanctions against Iran.

Meng is the deputy chair of Huawei’s board and is the daughter of company founder Zhengfei Ren, from his first marriage.

Meng, 46, has been the CFO of Huawei Technologies since 2011 and vice chair of the company since March 2018.

In a statement issued to the News from Huawei’s corporate head office, the company explained how Meng was “provisionally detained by the Canadian authorities on behalf of the United States of America, which seeks the extradition of…Meng…to face unspecified charges in the Eastern District of New York, when she was transferring flights in Canada.

“The company has been provided very little information regarding the charges and is not aware of any wrongdoing by Ms. Meng.

“The company believes the Canadian and U.S. legal systems will ultimately reach a just conclusion.”

Huawei Technologies, launched in 1987 in Shenzhen China, has been the largest telecommunication equipment producer in the world since 2012.

It also produces consumer electronics and this year overtook Apple to become the second-largest manufacturer of smartphones in the world, behind Samsung Electronics.

It has provided products and services in more than 170 countries and has more than 180,000 employees over the world. It has offices in 60 countries, including one in Burnaby.

The U.S. government has been concerned about Huawei for years because of uncertainty over its relationship with the Chinese government.

The founder Ren was a People’s Liberation Army soldier before starting the company and opponents say it retains links with China’s security services. Huawei has denied the links.

In 2012, the House of Representatives released a report warning Huawei poses a national security threat to the U.S., and American companies and its government should avoid doing business with the company.

In May, the Pentagon banned the sale of Huawei phones on military bases.

In August, U.S. president Donald Trump signed an act to ban the use of Huawei components or services that are “essential” or “critical” to the systems they are used.

Other countries, such as Australia and New Zealand, have also followed the case.

This November, New Zealand's government banned its major telecommunications company Spark from using Huawei’s equipment, which is described to “have a serious national security risk.”

Nevertheless, Huawei is allowed to operate in Canada and in a September interview with the Globe and Mail, Scott Jones, head of Canadian Centre for Cyber Security, said Ottawa is confident sufficient safeguards exist to deal with the risks of telecommunications hacking or spying by China.