The Zone bowling alley shut down after rent dispute 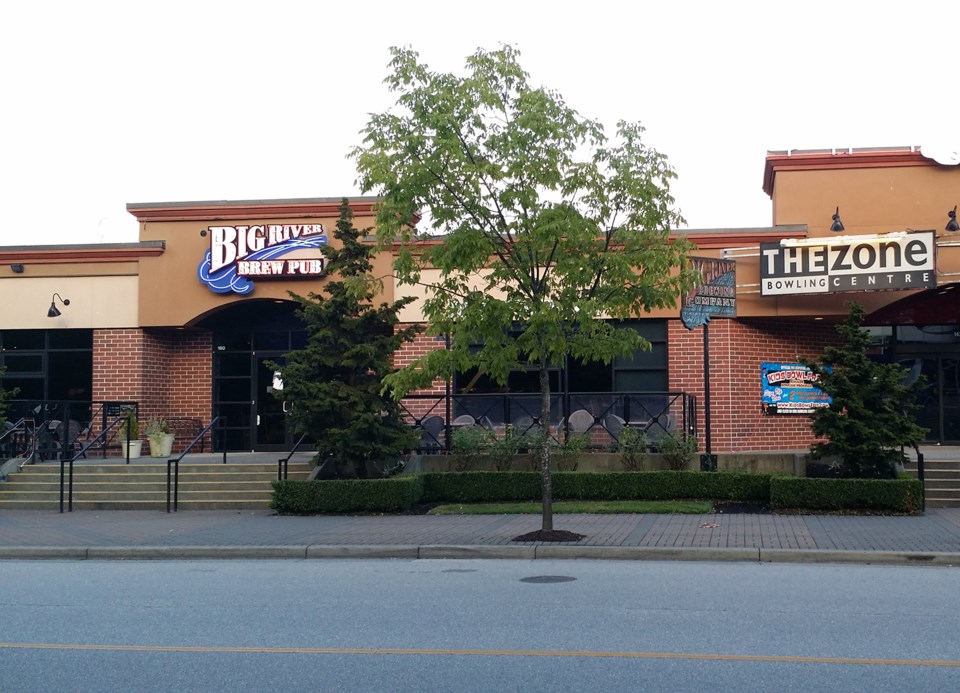 The Big River Brew Pub and the Zone bowling alley closed down on Friday, July 24, 2015.

Richmond’s only bowling alley has closed down after a legal dispute between the tenant — The Zone Bowling Centre — and its landlord.

On Friday a B.C. Supreme Court order forced the owner of The Zone, as well as its joint business Big River Brew Pub, to hand over the keys to the properties at 14200 Entertainment Boulevard.

The closure left some apparent pub employees expressing worry on Facebook because their pay cheques were in arrears.

The judge, Justice Bowden, found that during the term of the 10-year lease The Zone was frequently late in paying rent and, on occasion, some monthly cheques were returned to the bank.

Furthermore, The Zone was required to put in writing its commitment to renew its lease by July 31, 2013, nine months before it expired. It did not and negotiations dragged on for roughly another year.

Subsequently Bowden found that negotiations “broke down” in the summer of 2014. In October, 2014, the landlord gave written notice to The Zone to terminate the lease on Nov. 30. The Zone appealed to the court arguing, in part, that because the landlord had accepted late rent payments the lease was, in some effect, broken and thus written notice to renew it wasn’t necessary.

In April Bowden ruled in favour of the landlord and ordered The Zone to declare it was in wrongful possession of the property. A request from The Zone for ancillary relief was thrown out by the judge, as well. The Zone was also ordered to pay court costs.

On Friday a notice from the Sheriff of Vancouver, ordered by Bowden, was posted on the doors of the pub and bowling alley, although a sign stating ‘Under Renovations’ was posted next to the court document at the pub.

The Zone has held a monopoly on indoor bowling in Richmond for the last 11 years but its service record has been questionable.

On June 26, 2014 the Liquor Control and Licensing Branch found The Zone selling alcohol to a minor. The business served a 10-day suspension in November.

Big River Brew Pub has below average ratings on food review websites, with ratings — based on five stars — of  2.3 on Zomato, 3.0 on TripAdvisor, 1.4 on Google and 2.5 on Yelp.