Some people came straight from the streets, others from recovery homes or cramped housing situations. They came together to live at Storeys, in what Turning Point’s executive director Brenda Plant calls a community — not just a building.
Oct 31, 2019 5:00 PM By: Maria Rantanen 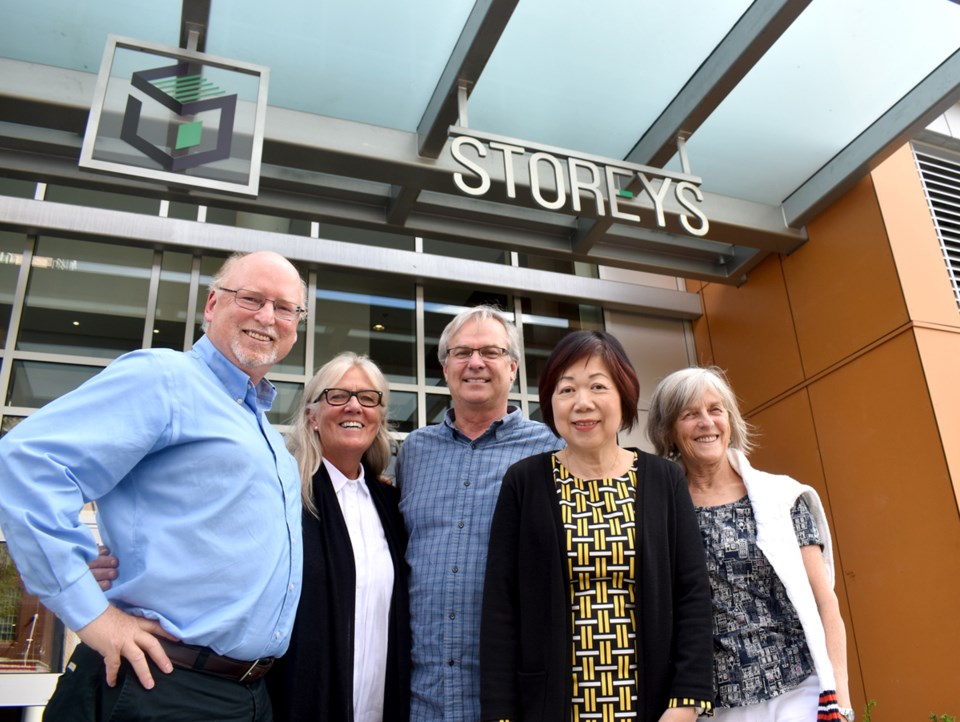 Some people came straight from the streets, others from recovery homes or cramped housing situations.

They came together to live at Storeys, in what Turning Point’s executive director Brenda Plant calls a community — not just a building.

Storeys, a 14-floor housing and social services building just off No. 3 Road, is home to five different social service agencies and their clients/members. Of the 124 housing units, 38 have been provided to clients of Coast Mental Health.

CEO Darrell Burnham explained, when they opened two years ago, many people were coming there after living in parks and on the street.

“It actually shocked us,” Burnham said. “That just shows you how limited the housing situation was in Richmond,” he added.

The journey to get Storeys built was a decade long, initiated by Turning Point Recovery Society. The non-profit was already operating two recovery homes in Richmond and wanted to have second-stage housing where they could send clients after recovery. The society approached Success and Coast Mental Health to work together.

Pathways Clubhouse, a centre for people in recovery from mental illness, was also looking for a more stable location, and later Tikva Housing came aboard.

The building now serves clients from a wide variety of backgrounds — those who are recoverying from substance use, coping with mental illness, or in inadequate housing — single parents, seniors and immigrants.

Turning Point clients are expected to have been clean and sober for three to six months before moving in and, while there, attend weekly counselling and group meetings. Their success rate is 78 per cent.

“It’s evidence that having a continuum of care in addictions works,” Plant said.

Tikva Housing, a Jewish housing society, has 18 units and focuses on family housing, so their units are all one-, two- or three-bedroom homes, explained Alice Sundberg, the agency’s director of housing and operations.

Storeys has provided housing stability to families, but it has also provided an “informal education” to residents as they live side by side with marginalized people, “learning that these people who are often marginalized are just folks like the rest of us,” Sundberg said.

Sundberg recounted a story of a single mother, her child and grandmother who were living in a crowded one-bedroom unit – when they got into Storeys, the grandmother got her own unit and could live close to her daughter and grandchild in the same building, allowing the multi-generational family to stay close together.

Queenie Choo, CEO of Success, which has 53 units, said the people in the building are learning to live together in a diverse community. But she is also impressed by the model of having several non-profit agencies working collaboratively.

“It’s also a perfect opportunity for operators to learn to have other partners to work together (with),” said Choo.

Success opened its WorkBC site on the Granville Avenue side of Storeys in late September, providing employment services.

Everything about how Storeys came together was unique, said Plant, and having so many non-profits work together to build housing hasn’t been replicated.

The only problem is they need more of it.

“We could twin another Storeys in Richmond, and we would have no problem filling it,” Burnham said.

To create Storeys, the City of Richmond contributed the land on a 60-year lease and BC Housing financed the construction. The project received three homelessness partnering grants through the federal government. Furthermore, BC Housing and the city contributed grants and each of the five partners had to commit some equity to the project.

In addition, about $6 million came from the City of Richmond’s affordable housing value transfer, that is, instead of two developers building five-per-cent affordable housing normally required, they contributed cash to the Storeys development.

Part of the requirement was to have community amenities in the building – Pathways Clubhouse is open to anyone with a mental illness, Richmond Addictions Services serves those with substance use issues, and Success runs WorkBC offices. Pathways took on two floors of the building for its clubhouse and five units of housing for its members.