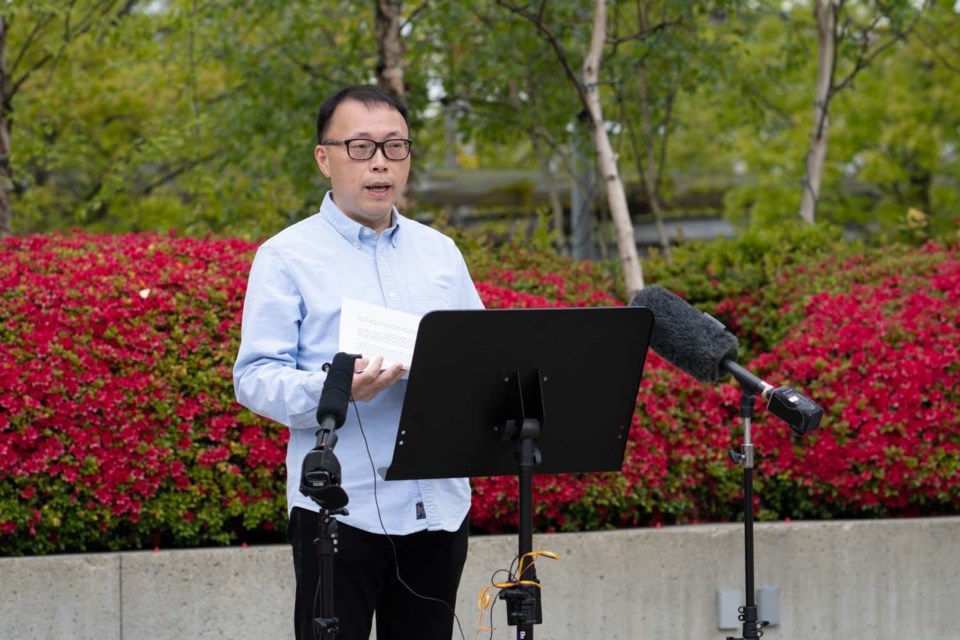 One of the individuals involved in a racially charged Steveston coffee shop incident has been charged with mischief by Richmond RCMP.

However, the individual was not charged with a hate crime — much to the frustration of anti-racism organization Stop Asian Hate Crimes Advocacy Group (SAHCG), which launched an online petition demanding police lay such charges.

SAHCG’s Ivan Pak, who launched the petition, said he felt relieved charges have been laid, but takes issue with the RCMP’s definition of a hate crime.

On March 29, Richmond RCMP officers were called to Rocanini coffee shop after the store manager reported an assault and racial slurs.

The victim, a worker at the shop, asked two customers to social distance since they were sitting too close to the washroom.

However, the couple apparently refused to move. When the victim asked again, one customer, according to the staff member, yelled racial slurs at her and poured their coffee on the floor.

The other customer also apparently directed racial slurs at the victim and tossed their leftover coffee and coffee cup at the victim’s face while leaving the store.

Cpl. Ian Henderson, spokesperson for Richmond RCMP, said the decision to lay the charge had nothing to with Pak’s petition or any other “public sentiments” floating around regarding the incident.

"Richmond RCMP investigators completed a fulsome investigation into this matter, and found that Mischief, contrary to Section 430 of the Criminal Code of Canada, was the appropriate charge to consider in this case,” Henderson added.

In an earlier statement, Henderson clarified that the incident was not a hate crime “as defined in the Criminal Code. Hate crimes by definition are — advocating genocide and public incitement of hatred.

“Richmond RCMP is referring to it as a ‘hate incident’ because it involves allegations of hateful comments. Calling someone a name is not a criminal offence.

“Typically, if there is no criminal offence committed, there is little more police can do from a criminal investigation point of view.”

The RCMP also stressed that police don’t make the laws, adding that if people want to change the law, they should direct their efforts towards the politicians who make them.

“Our group consulted with professor Vincent Yang who specializes in criminal law to see if this incident fits the definition of a hate crime or hate incident. Prof.Yang believes that it does,” said Pak.

Meanwhile, Yang, a senior associate at the International Centre for Criminal Law Reform and Criminal Justice Policy with the University of British Columbia, held a zoom meeting on May 4 with the local Chinese-speaking community.

Yang argued that for the Steveston incident, the prosecutor could press charges for publicly inciting hatred, assault and mischief.

According to the Criminal Code, 319 (1): every one who, by communicating statements in any public space, incites hatred against any identifiable group where such incitement is likely to lead to a breach of the peace is guilty of (a) an indictable offence and is liable to imprisonment for a term not exceeding two years or (b) an offence punishable on summary conviction.

“The (Steveston) incident was committed in the public space, which is in and outside of the Steveston cafeteria. Therefore, it fits the definition of publicly inciting hatred. And the suspect committed assault and mischief based on the motivation of hate. Therefore, this is a hate crime incident based on the criminal code,” said Yang.

Yang noticed that both federal and provincial governments have defined hate crimes as not just hate propaganda but also hate-motivated crimes. Many police forces in major Canadian cities adopted this definition.

In addition, the hate motivation must be considered as an aggravating factor for sentencing and could result in a harsher penalty, Yang added.