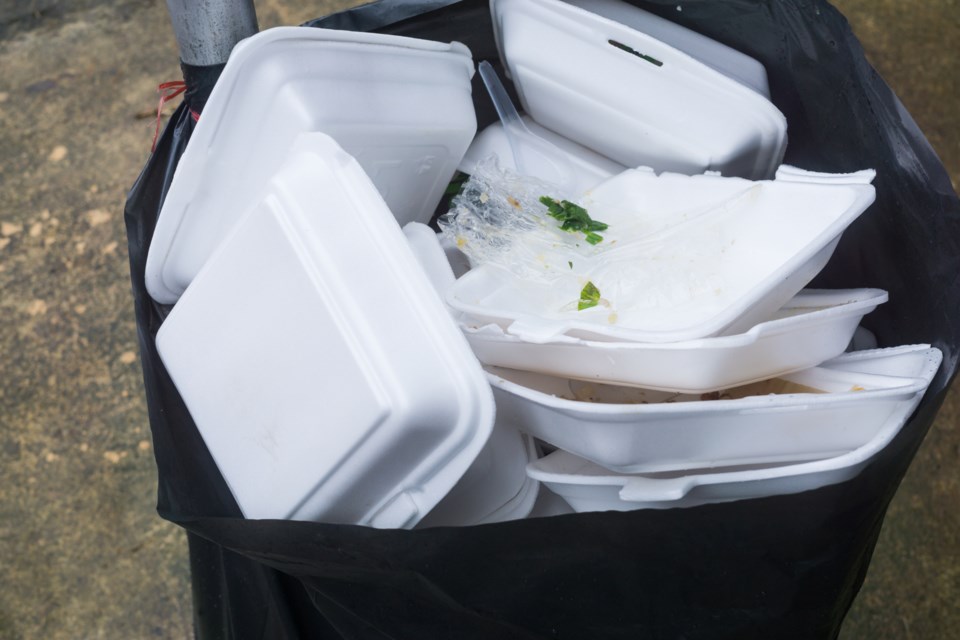 The province has approved Richmond's bylaw on single-use plastic items.

Richmond’s ban on single-use plastics has been formally approved by the provincial government.

George Heyman, MLA for Vancouver-Fairview and Minister of Environment and Climate Change Strategy, made the announcement in Richmond Saturday, part of a series of measures the province is introducing under its CleanBC Plastic Action Plan.

Similar bans in Victoria, Ucluelet, Saanich and Tofino now also have formal approval, and the province will be amending its community charter over the next six to eight months so that other municipalities will be able to introduce similar bylaws.

“(Those municipalities) have shown us that local action can lead to real change and lead to broader influence of public opinion,” Heyman said.

“Every local government knows what’s needed and what will work in their community, and they should be able to make decisions within certain consistent criteria that the government will lay out.”

He said the city estimates 35 million single-use plastic checkout bags, straws and foam take-out containers are collected from garbage in Richmond each year.

“So imagine the impact of removing 660 tonnes (of those items) annually from our landfill,” Brodie said.

Richmond’s plan to ban plastic bags, straws and foam containers was first introduced last summer, however, it hit a hiccup when B.C. Supreme Court ruled that the City of Victoria had overstepped its jurisdiction by declaring a ban on single-use plastics.

Victoria’s ban was challenged by the Canadian Plastic Bag Association, and the court ruled that city should have first had approval for the ban from the Ministry of the Environment and Climate Change.

In an effort to avoid the same mistake, the city sought the minister’s approval first, before it would pass the final reading of the bill.

However, while the approval is effective immediately and the bylaw can now go to final reading, the “difficult question” is when it should be implemented, said Brodie, with local businesses already grappling with challenges brought on by COVID-19.

“One of the common themes that we’ve heard so often is that businesses have a big stockpile of these various products, and it would be a real financial burden if we made them get rid of them right away,” he said.

The city will engage with stakeholders and the public to work out how best to proceed, Brodie said.

While the provincial government will be amending its community charter, municipalities who wish to introduce bylaws to ban single-use plastics sooner can go to the ministry for approval, said Heyman, adding that he doesn't anticipate further legal challenges.

“It was a narrow legal challenge. We've seen successful plastic bag bans in other jurisdictions, even during the COVID-19 pandemic.”

Only two other public engagements – including the one on Daylight Saving Time – received a higher number of responses.

B.C. will also begin work on developing a legal framework to allow a provincial ban for “priority single-use items that create untold amounts of plastic pollution,” in partnership with local and federal governments, said Heyman.

Milk and milk-alternative containers are also set to be added to the deposit and refund system, and, working in partnership with Return-It, B.C. will introduce a minimum 10-cent deposit on all beverage containers.

Richmond school put in hold and secure after man allegedly told student he had a gun
Dec 4, 2020 5:56 PM