Boating accident a reminder to be prepared in and around the Fraser River
Jul 26, 2016 5:16 PM By: Graeme Wood 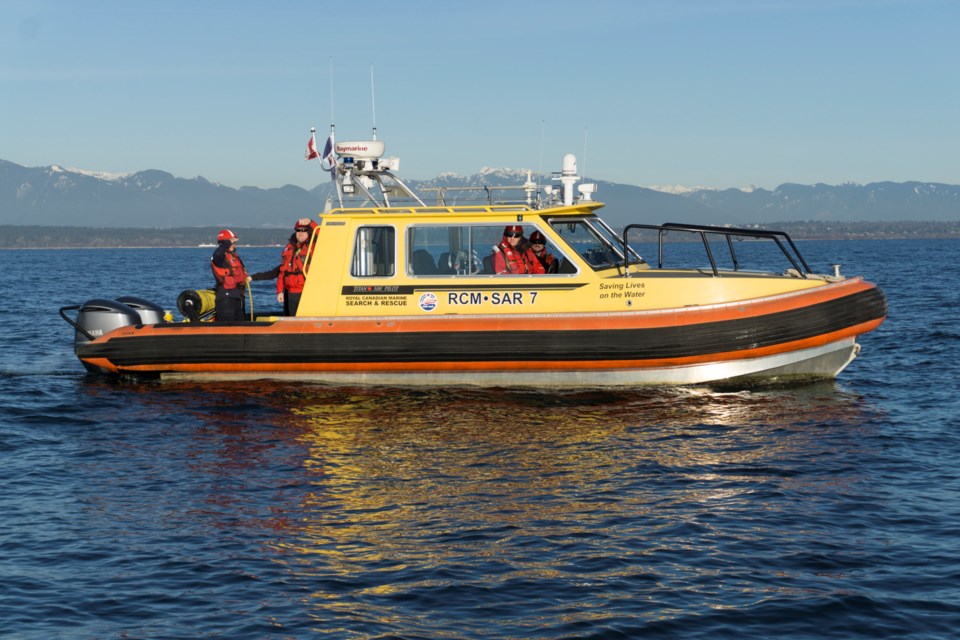 Richmond’s volunteer marine search and rescue team is relieved a boater was able to safely escape his small, capsized vessel Friday evening, along the shores of the Fraser River — an incident that sparked a full-scale missing persons investigation by Richmond RCMP over the weekend.

But for Richmond’s Royal Canadian Marine Search and Rescue (RCMSAR) station leader Aaron Harnden, the incident has come as an opportunity to provide safety reminders to those entering the river during the dog days of summer.

Harnden said a passing tugboat spotted the 10-foot boat capsized in the river at Gravesand Reach, near the 5400-block of Dyke Road, on Friday evening.

And while Harnden said there are many such derelict boats on the river, when the volunteer-led rescue boat arrived at this one, members found personal items, such as food, a medical kit and fishing equipment.

“The items signified that it wasn’t a derelict boat,” said Harnden.

Following an eight-kilometre shoreline search that turned up nothing, police were called in to search via the Air One helicopter.

On Saturday they issued a news release asking for the public’s assistance in locating the boater.

On Sunday, the boater came forward, telling police he abandoned the boat and swam to shore.

Harnden said if anyone is on the water for any reason, be it boating or kayaking or paddle boarding, they should know, in the event of trouble, to contact the Canadian Coast Guard by dialling star-16 on a telephone or using station 16 on their radio.

“Be prepared when you’re on the water . . . Consider where you go and know the area,” said Harnden.

While most people don’t have a motorized boat or other small craft to operate on the river, Harnden said people using recreational devices, such as kayaks and paddle boards, need to be educated when on the water.

Still at issue is people not wearing a lifejacket, he said.

During the summer months, Harnden noted the river’s temperature may feel warm on top but as soon as you get about 50 centimetres deep, the water becomes very cold.

“If they get caught in one of those thermoclines (different layers of water temperature), the first thing they’ll do is gasp for air and that’s when people drown,” said Harnden.

Lifejackets keep your head propped up in such instances, allowing a person to navigate the water.

Even still, once a person falls in the river, by the time they have gained their faculties they could be 100-metres downstream, fighting the current to get to shore.

“You’re already moving from the moment you move out.

“You think the ocean moves fast; the river moves even faster,” said Harnden.

“One fish boat comes along and there’s a wake and you’re in the water all of a sudden. With the heavy outflow current it’ll be a whole lot harder to get out,” he added.

Harnden said it would be wise to keep a cell phone on you in Ziploc bags, just in case you fall in and become stranded on a remote island or sandbar.

RCMSAR Station 10 (Richmond) is based in Steveston and the river’s middle arm area. The volunteers operate two boats and are sanctioned by the Canadian Coast Guard to provide search and rescue operations along the river.

Do you have a question for RCMSAR? Send it to Editor@Richmond-News.com and he will try to answer it in time for Richmond’s Maritime Festival on Aug. 6-7.