The City of Richmond’s district energy system has received its second award for its environmentally friendly heating and cooling technology.
Jul 7, 2020 7:17 AM By: Valerie Leung 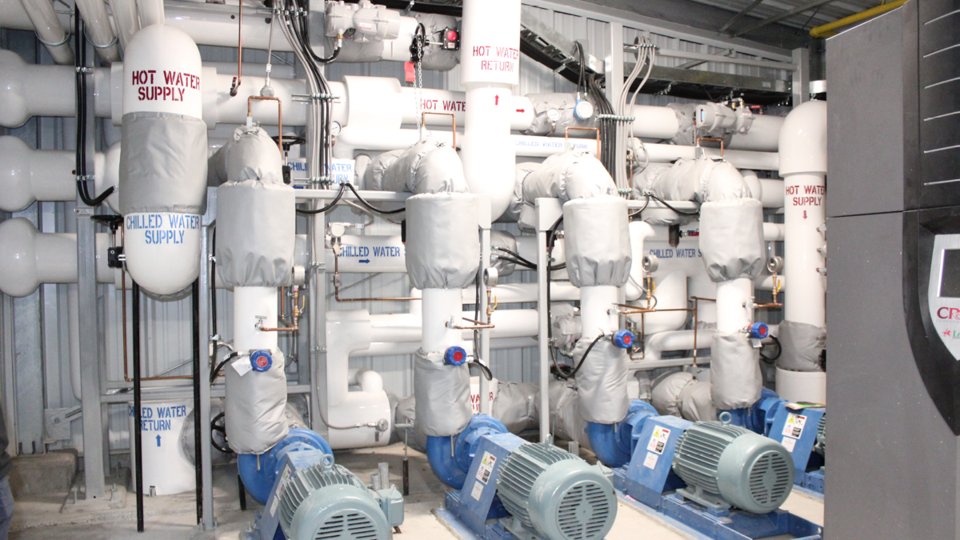 The City of Richmond’s district energy system has received its second award for its environmentally friendly heating and cooling technology.

Richmond was announced the recipient of the 2020 Canadian Energy Globe National Award for its Central at Garden City expansion of its Alexandra District Energy Utility (ADEU).

The award was presented by the Energy Globe Foundation, an international organization that recognizes projects that “conserve energy and uses renewable or emission-free sources.”

According to the City of Richmond, ADEU uses renewable energy technology from the ground to provide heating, cooling and domestic hot water heating to over 10 buildings including a fire hall, residential customers and commercial space – totaling over 176,000 square metres of floor space.

The Central at Garden City expansion, which became operational in 2015, has the heating and cooling energy plant installed on the roof of a retail development.

The system uses low-carbon air source heat pumps to provide heating and cooling to retail space and reduces greenhouse gas emissions by reducing natural gas use by at least 70 per cent compared to conventional alternatives.

A further expansion to double the system’s renewal capacity is in the planning stage.

The city previously received the same award in 2013 for the first phase of the project.

This year’s award was announced on June 30 at Energy Globe Foundation’s website with the award to be presented to Richmond council at a later date.