A group of Richmond residents are worried that the city is losing its tree canopy despite a tree protection bylaw.
Dec 18, 2020 1:03 PM By: Maria Rantanen 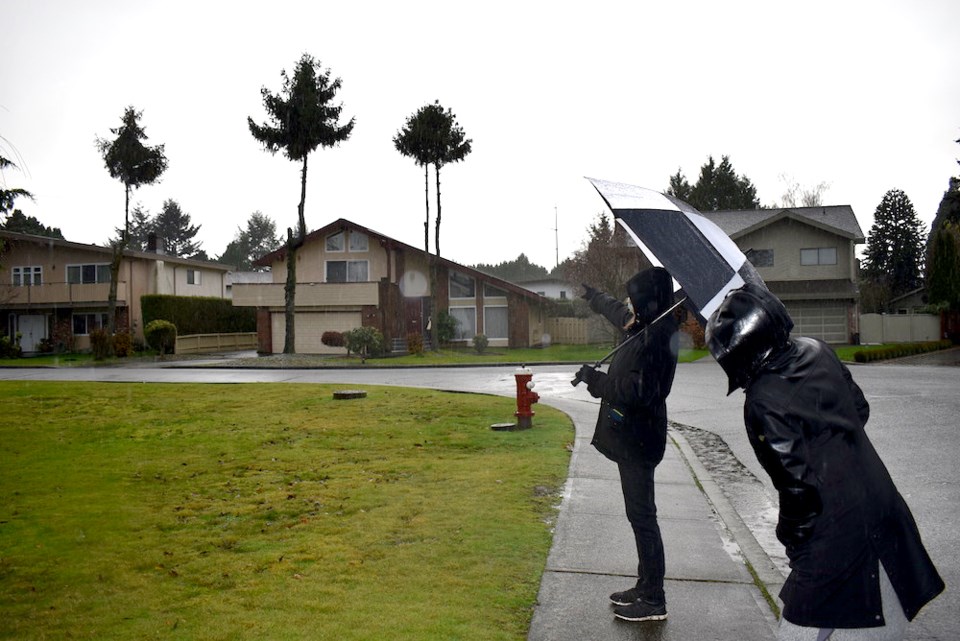 The Save Richmond Trees group are concerned about how trees are being maintained in the city.Maria Rantanen

Some Richmond residents were recently lamenting the loss of a large spruce in central Richmond to make way for a driveway.

When Laura Gillanders called the city about the tree on Deerfield Crescent that was scheduled to be axed, she was told developers are allowed to build to the maximum square footage and lot coverage – and therein lies her issue with single-family development in Richmond.

She points out, in some municipalities, lot coverage varies by neighbourhood and this is something she’d like to see happen in Richmond.

“In this time of climate change and wildlife struggling to find habitat, why aren’t we doing more to keep the trees and build the nice houses - it shouldn’t be that difficult,” Gillanders said.

The tree came down a week ago on Deerfield Crescent after a 48-hour notice was posted on it.

The reasons for allowing the tree removal was that it was in poor condition and driveway construction would have a negative impact on it.

Cindy Lee, who has started the group Save Richmond Trees, pointed out a recent study by the Raincoast Conservation Foundation shows 102 species, many of them birds, are at risk in the Fraser River estuary.

“The retention of these mature, large trees is vital, especially for the large birds - owls, falcons and the hawks… we can’t replace them with saplings,” Lee said.

Furthermore, she added, trees that are coming down in neighbourhoods aren’t necessarily being replaced in the same neighbourhoods – the compensation money goes to the city’s parks department.

“We’re really losing the canopies in the neighbourhoods,” Lee said.

What is needed is both more replanting but also protection of existing trees, she added.

Sharon MacGougan, president of the Garden City Conservation Society, said she thinks current setbacks are tree-unfriendly, especially when it comes to development on arterial roads. Large trees are being lost and there is just a small area left to plant new ones.

“These trees will never become as big as the ones we are losing,” MacGougan said, saying more

The group Save Richmond Trees has made a list of suggestions for the city to protect the tree canopy in the city, including fining excessive limbing, having larger lot setbacks to allow for more mature trees to be saved, only removing hazardous or unstable trees - not necessarily imperfect ones - higher permit fees for cutting down mature trees, annual city-led tree sales, protection of hedges and small trees as well as a street tree planting program.

Trees that are replaced as a condition of a tree removal permit, under the Tree Protection Bylaw, are inspected one year after the permit is issued, according to city spokesperson Clay Adams.

Replacement trees, planted in conjunction with rezoning and development permits, are checked after final completion of the project, including after landscaping, and then once again a year later.

In both cases, if the city arborist finds the trees in poor health, they must be replaced and the inspection and approval cycle begins again, Adams said.

The city’s arborist has said tree replacement is usually successful but there is no data to confirm this, he clarified.

He added homeowners who receive a tree removal permit usually plant 25 per cent more trees after removal, while city parks department said its success rate for new planted trees is about 99 per cent.

Not only was the spruce cut down on Deerfield Crescent, down the street, three trees in front of a home had had their limbs removed from about three-quarters of the trunk, so only the tops had branches left.

Adams said the city’s tree bylaw prohibits damaging trees, and fines can range from $750 to $10,000 per tree.

The bylaw also prohibits topping of trees and excessive limb removal that results in damage.

City staff do site inspections, but also respond to complaints about infractions.