A Richmond-based volunteer search and rescue organization is finding itself in a tough spot after COVID-19 forced the cancellation of fundraising events across the Lower Mainland.
Aug 1, 2020 9:00 AM By: Kirsten Clarke 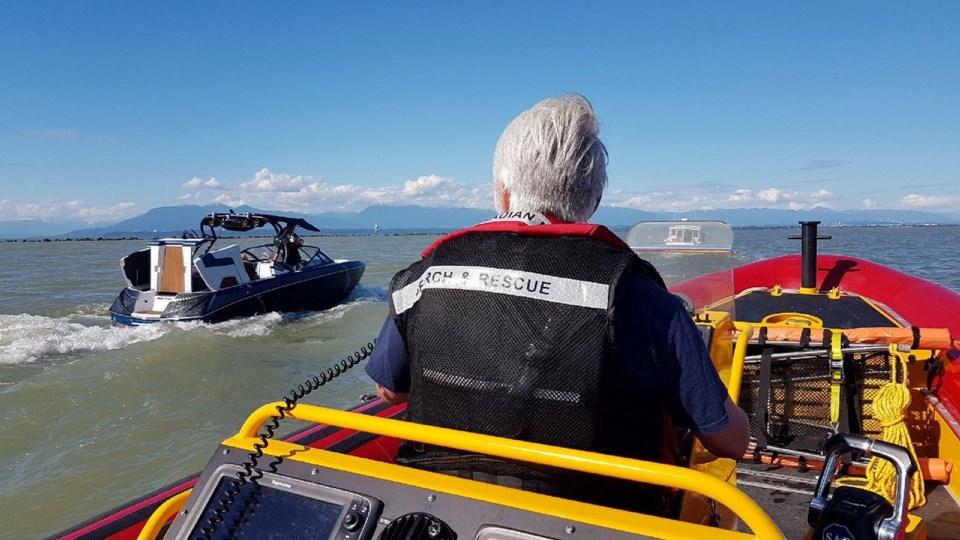 Volunteers in Richmond’s only on-call marine search and rescue team have already spent 450 hours on the water. Photo submitted

A Richmond-based volunteer search and rescue organization is finding itself in a tough spot after COVID-19 forced the cancellation of fundraising events across the Lower Mainland.

Royal Canadian Marine Search and Rescue (RCMSAR) Station 10 had to cancel what would have been its sixth annual fundraiser, which was set to be held in May at Britannia Heritage Shipyards.

“That’s our big push to fundraise every year… It usually generates about $25,000 dollars plus,” said station leader Aaron Harnden.

The organization also typically receives some donations through its participation in community events in Richmond and New Westminster – which have also been cancelled this year.

“So far this year, we’ve had zero donations made and no fundraising,” said Harnden.

While the station receives funding from BC Gaming Grants and the Department of Fisheries and Oceans (DFO), it’s only enough to operate at a “bare minimum stance,” he said.

Vicky Wei, secretary for the non-profit Fraser Marine Rescue Society – the board which oversees Station 10 – explained that the organization needs to fundraise “a good 50 per cent” of costs.

Station 10 is one of the busiest RCMSAR stations in B.C. – there are over 30 of the volunteer-run marine rescue stations spread over the coast and in the Interior – and last year carried out 40 rescues.

Each year, Station 10 spends money on, for example, equipment and maintenance, training, administrative fees and recruiting. However, how much the organization spends on equipment, supplies and training may vary each year depending on need, but the station had budgeted about $20,000 for the past year.

The biggest priorities for funding, according Wei, include saving up for a new vessel and training costs.

She explained that volunteers are required to complete a certain number of training hours each year – without which, they may not be able to get out on the water when needed.

“Everyone has to be certified and has to maintain their training hours, so there is some portion of our membership that hasn’t gotten all of their on-water training hours…so it means we have a smaller pool of people who have their (hours) who are ready to go out.”

And while DFO covers some training, it’s not nearly enough.

So far, the volunteer organization has been able to draw on savings from previous years – but those savings were meant to go towards the new vessel.

“At the end of the day, we’re having to buy supplies and equipment and we’re drawing from our savings that we now have no way to replenish,” said Harden.

Station 10 is now launching its online donation campaign, with events across the region cancelled.

“We know that we’re very small in the grand scheme of things when people are looking to donate their money, but as there are more boaters on the water now – we are seeing a surge in activity,” said Wei.

“We will need more crew ready to go to make sure we’re able to serve the community.”