Andy Liao has always had a “profound interest” in history – and if it hadn’t been for a global pandemic, he would have gone to France and Belgium this past summer to learn about Canada’s contribution to the First World War.
Nov 29, 2020 12:00 PM By: Maria Rantanen 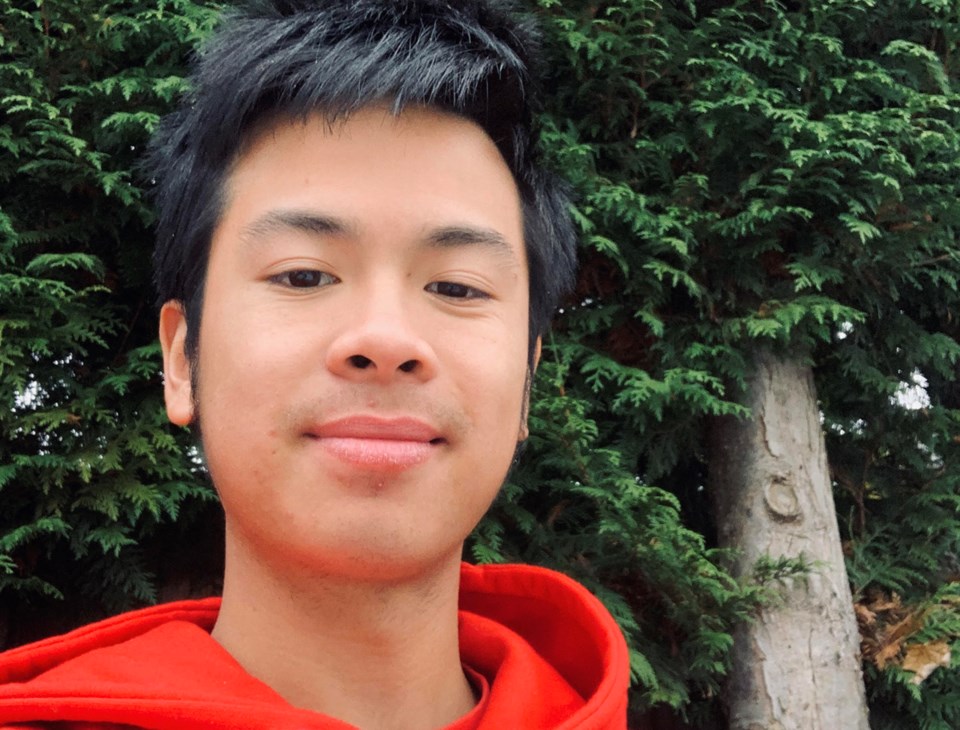 Andy Liao has always had a “profound interest” in history – and if it hadn’t been for a global pandemic, he would have gone to France and Belgium this past summer to learn about Canada’s contribution to the First World War.

Unfortunately, because of COVID-19, his August trip, which he earned through a Vimy Foundation essay competition, was cancelled.

Liao is one of two Richmond students to receive Beaverbrook Prize – it was also awarded to Olive Tao.

Liao said he was encouraged by his history teacher Farah Meralli at Burnett secondary to apply for the Beaverbrook prize.

To apply, he had to write two essays, one on a painting and the other on the impact of war on the environment.

Liao believes that by studying history, literature and philosophy, people who are divided politically can learn to get along better, citing the example of the deep divisions south of the border between Trump and Biden supporters.

Liao, who is in Grade 12, plans to study psychology, but he emphasizes the importance of integrating history, literature and philosophy into any science-based discipline like psychology.

“Being able to learn from a historical context and also a literary context or philosophical context, we as humans are able to make better decisions and be able to understand multiple perspectives,” he explained. “That’s really important because at times we’re stuck in our own mindsets by the way we were taught when we grew up.”

While he’s studied the history of First World War, Liao believes going to visit the sites and talking to people who live with the consequences of the war, would give him a much more profound understanding of war.

Here in Canada, one doesn’t see the concrete consequences of the wars, Liao said.

Studying and learning from history can help remove prejudices and build a “mutual understanding between civilizations, cultures, identities (and) people,” he added.

Depending on the state of the pandemic, the plan is for the trip to take place next year, Liao said.