Support staff bore the brunt of cuts when school district budgets were tight, according to CUPE loc. 716 executive members, and now they’re hoping the Richmond School District will restore some funding to their members.
Apr 22, 2019 1:00 PM By: Maria Rantanen 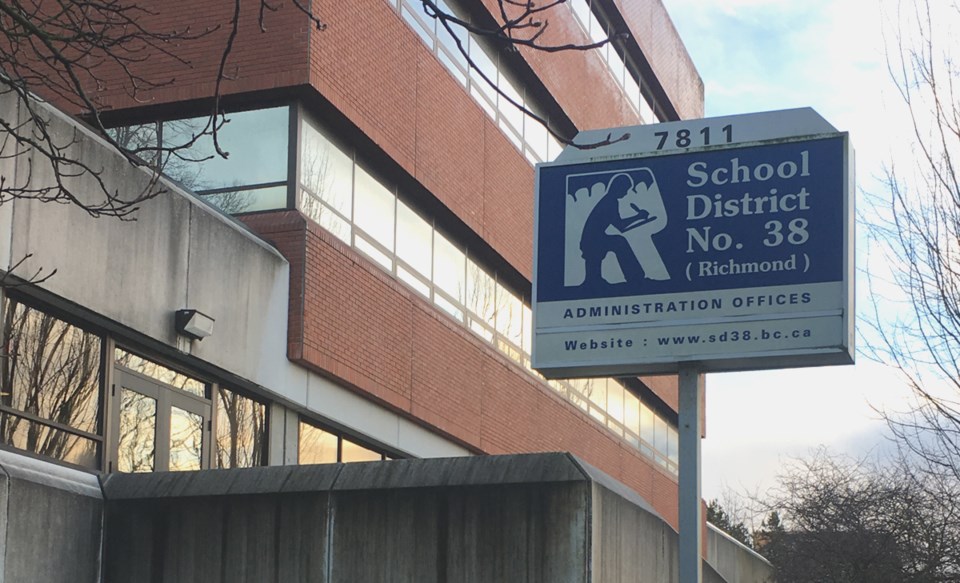 Support staff bore the brunt of cuts when school district budgets were tight, according to CUPE loc. 716 executive members, and now they’re hoping the Richmond School District will restore some funding to their members.

The school district is preparing its 2019/20 budget and has been seeking feedback on proposed spending. Both CUPE and the Richmond Teachers’ Association as well as the Richmond Association of School Administrators addressed the board of education at its April meeting about the upcoming budget. While the RTA was fairly happy with funding for teachers, for example, $400,000 for teacher training in technology and “change management,” CUPE’s president and vice-president said they hoped more funding would come for support workers.

Ian Hillman, president of CUPE loc. 716, pointed out that the number of custodians and groundskeepers have been reduced over the years or haven’t been replaced on retirement.
“Increasing staffing in custodial and grounds departments will enhance the appearance, cleanliness and safety of our schools,” Hillman told the board.

In addition, school district trades are understaffed, and work orders can take up to a year to get done, Hillman told the board of education at the public board meeting.

“With only 32 hours worth of wages per week, many (EAs) have taken on part-time jobs to supplement their income to attain a decent living wage,” Robinson said. Increasing their hours would mean they could put more time into the classroom, she added.

Robinson also appealed to the school board to pay clerical staff in school for 40 hours per week, up from the 35 hours they are currently paid.

“When talking to our members who work in clerical positions, they all say they work 40 hours already but are only paid for 35,” she said. “They currently miss breaks, take shorter lunches and work extra unpaid time.”

“We know and understand that there is always sonly so much money to go around, but as equal partners in this district, hard-working partners who have taken the brunt of the years of cutbacks, we would like to see these needs of CUPE staff recognized when the budget is allocated,” Robinson said in conclusion of their presentation.

The Richmond School District is expecting a $1 million surplus at the end of the 2018/19 school year thanks to an employee health tax grant and other savings and grants. The school district also has $8.6 million in unrestricted funding and about $50 million in capital reserves.

The 2019/20 budget for the Richmond School District is projected to be about $201 million with a net surplus of $1.8 million.

The public is asked to provide feedback on the budget up until April 23 at letstalksd38.ca.