Richmond city council approved a 2.2 per cent increase to the library budget for 2020, bringing it to almost $10 million and allowing for the hiring of two new youth-focused librarians. Hiring the new librarians will add $167,150 to the budget.
Dec 14, 2019 2:00 PM By: Steven Chang 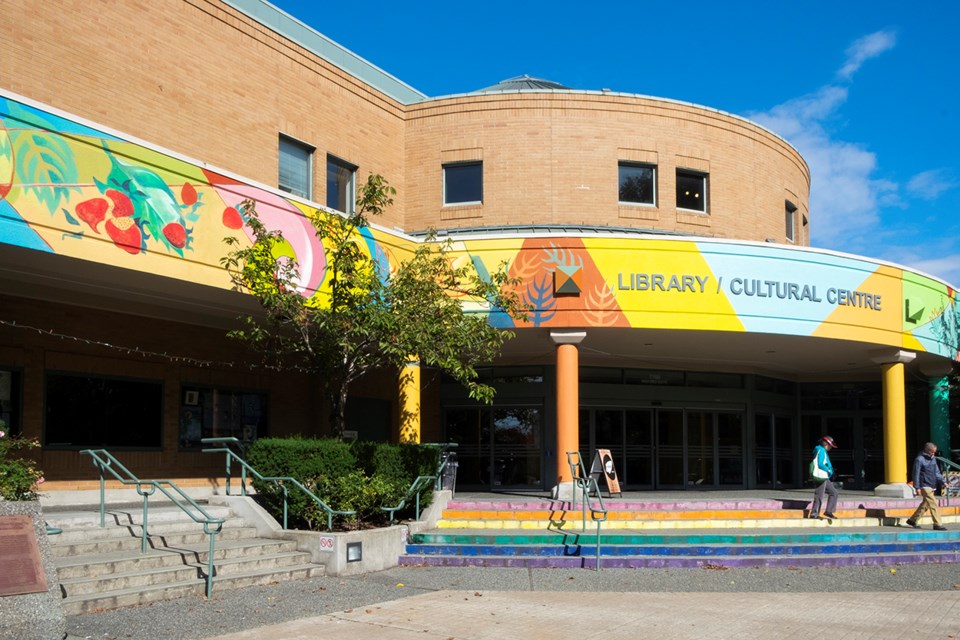 Richmond city council approved almost $10 million for the city's public library as part of the 2020 budget process, which will go towards new hires and technology.Kirsten Clarke

Richmond city council approved a 2.2 per cent increase to the library budget for 2020, bringing it to almost $10 million and allowing for the hiring of two new youth-focused librarians.

Council also approved a request for $108,000 from the library to implement a new technology that will help streamline the library’s book check-in process.

“The new technology will implement a micro-chip into every item, so customers can place up to 25 items on the machine without scanning the barcodes,” said chief librarian of the Richmond Public Library, Susan Walters.

“It will allow us to take our staff from behind the scenes to out working with the public because there will be less tracking prior check-in,” she added.

The current barcode check-in device needs the staff to feed the machine one-by-one before the self-sorter divides items into their categories. This means customers will sometimes experience a delay in borrowing their desired items on a busy day or after a long weekend, said Walters.

Funds for the automated system and the “resigned book return wall” is a one-time expenditure and will come from the 2020 Council Community Initiatives.

Couns. Kelly Greene and Carol Day opposed the request, but for different reasons.

Day said the additional costs, along with the library’s request for two new staff members at cost of $167,150, would put the library over its ten million dollar budget.

Greene objected to the fact the money was coming out of the Community Initiative Fund.

“The community initiatives fund is limited, it should only be used for a particular club or social group,” Greene said. “It is a want to have, not a need to have.”

Coun. Linda McPhail argued that using the fund for the new technology was appropriate given the account was meant to capitalize on projects that already have substantial funding from other resources.

“The actual cost of these two projects is $183,000, and the library board has approved $75,000 from the library general operating surplus to support this request. So, they’re committing 40 per cent to this project,” McPhail said.

The technology will first be implemented at the Brighouse branch because it has the highest circulation, with over two million items circulated per year. But the plan is to implement the technology at all the branches eventually.

Couns. Michael Wolfe and Chak Au raised questions regarding IT taking away human jobs and the economic return of this investment.

However, Walters said no jobs will be replaced with the technology, rather staff will be freed up to engage more with users.

In fact, part of the budget was a request for two new librarians who will be expected to reach out to the community and find solutions to removing barriers such as transportation.

Walters said the two new staff will communicate with people on how to bring them into the library or back to the library.

Last year, staff and volunteers reached out to about 5,000 people in the community to tell them about library services.

The two new librarians will focus on this outreach work especially to youth and vulnerable community members.

“We want to dig deeper to focus on those vulnerable people, children, youths and families that need us the most,” Walters said.