Richmond could see snow this weekend, according to Environment Canada
Jan 21, 2021 1:44 PM By: Kirsten Clarke 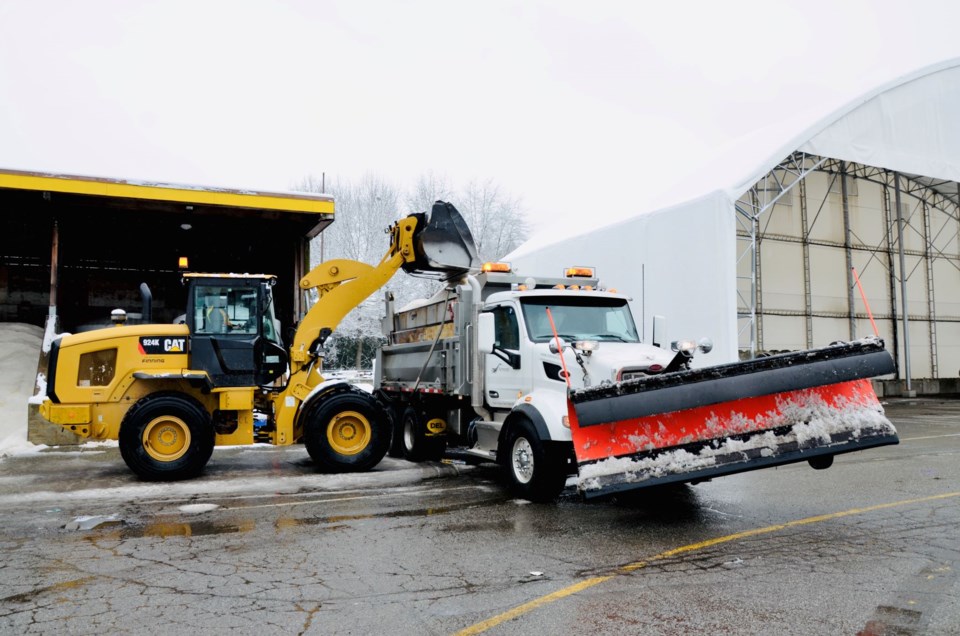 Richmond could see its first snowfall of the year this weekend – but the city says it’s prepared to deal with the winter conditions.

According to the city, a centralized control centre will oversee Richmond’s “continuous response” to snow, ice or severe weather, with staff monitoring weather reports and road surface conditions through six road temperature sensors, dispatching crews and equipment where needed.

Environment Canada is warning snow could hit Richmond Saturday night. Snowfall amounts could range from two to five centimetres across the Lower Mainland.

Richmond could see snow starting Saturday night. with flurries possible into early next week, according to Environment Canada’s seven-day forecast.

The city’s snow response plan includes the use of 41 specialized pieces of equipment and vehicles, while the Works Yard is stocked with 1,000 tonnes of salt onsite, and 2,200 tonnes on reserve.

A secondary location will also be stocked with salt to reduce travel times for snow removal equipment working on the east side of the city.

The city said its priority is to pre-treat all major arterial roads so emergency vehicles, public transit and others can travel along these routes.

If a significant, multi-day snowfall occurs, the city’s public works staff switch to 24/7 coverage, with crews working 12-hour shifts to clear snow, lay down anti-icing liquid brine and/or salt roads. This strategy is followed until priority roads are cleared and weather conditions change.

Under city bylaw, owners or occupants of single- or multi-family homes, commercial or industrial properties, are required to clear snow and ice from sidewalks next to their properties by no later than 10 a.m. each day.