City report indicates residents will have to pay more for municipal control of their police force
Nov 27, 2015 1:50 PM By: Graeme Wood 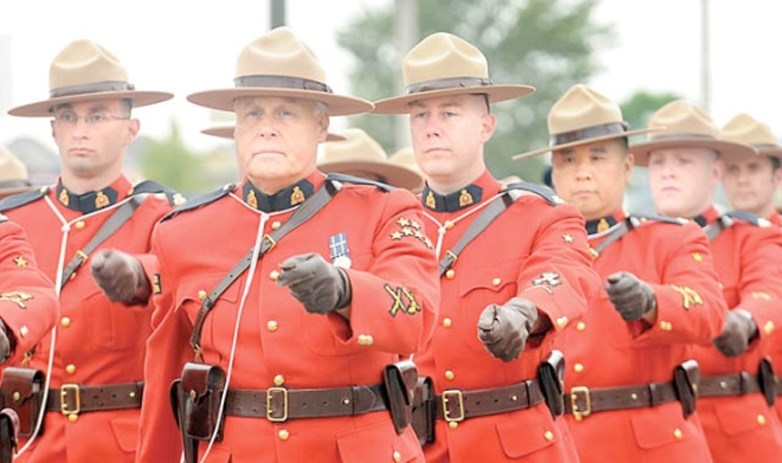 Richmond residents will soon be asked to make a choice: Keep the Mounties, or pay more for local control of policing in their community.

A new report from the City of Richmond indicates transitioning to a municipal police force would cost upwards of $20 million.

The report was drafted following a request from Richmond city council, which, on the whole, has expressed concerns about local control and oversight of the Richmond RCMP detachment.

In addition to the one-time transition costs, it is estimated that a municipal force will cost about seven per cent — or $3 million — more to operate on an annual basis, meaning a 1.5 per cent increase to property taxes.

Richmond Mayor Malcolm Brodie said public consultation is forthcoming, and while he did not want to prejudice his own opinion before hearing from residents, he said he was concerned about the costs laid out in the report.

When asked what precipitated the request from council, Brodie said issues with the Richmond RCMP were mostly at the higher levels and did not have to do with any particular problems on the ground, with officers (for example, a growing class action lawsuit concerning bullying of females in the force).

“You’ve got fundamental issues with governance. A local force would have a municipal police board chaired by the mayor, and then city council gets one other appointee,” said Brodie.

The biggest point of contention from city hall, said Brodie, has been decisions made by Ottawa that appear to circumvent local input — namely a new, $1 billion regional RCMP detachment (Green Timbers) in Surrey.

“The situation over Green Timbers probably epitomizes the problem. The RCMP and federal government decided to build a new facility in Surrey. It is gigantic; they never decided who was going in there and what the cost would be. And the cost remains an outstanding point of contention. The province — it is my understanding, — is working on this, and they’ve met great resistance,” said Brodie, who is concerned municipalities in E-Division (Western Canada) will be stuck with part of the bill.

Brodie said, with the report, a decision to turf the RCMP now comes down to weighing the benefits of more local control versus the costs associated with a transition.

Brodie said residents would have to contrast paying more money for a municipal force with having a local detachment where decisions are being made in Ottawa and “very often there’s no consultation, no discussion, or even any considerations at a local level.”

In 2012, the B.C. government renewed a 20-year contract with the federal government to allow the RCMP to continue to work in the province at a municipal level. That contract can be terminated by Richmond with a two-year notice.

The annual budget for the Richmond RCMP contract is approximately $41.5 million.

The report notes the RCMP has had difficulty providing the budgeted number of police officers, however in 2015, for the first time in the last five years it met and exceeded its target (193 officers with a 190 officer budget).

In Metro Vancouver, Richmond has the second highest ratio of population to police officers with 923 residents per officer.

However, it’s noted Richmond has one of the lowest crime rates in the region.

Still, the report notes, the Richmond RCMP carries a higher criminal caseload (49) per officer, which is 40 per cent more than officers in an average independent service (35).

The report found that Richmond spends $178,940 per officer, while independent forces in Delta and Abbotsford spend $188,000 and $190,000, respectively (in terms of per capita costs, Richmond saves about 50 per cent).

The report concludes that Richmond would have to spend additional resources on administrative functions. Furthermore, cost factors such as salaries, benefits, claims and litigation and recruitment are estimated to be higher without the RCMP.

The city would also lose an annual federal subsidy, costing $4.2 million, and would have to contract out integrated investigative services (such as IHIT (homicide) ICARS (traffic fatalities)).

The one-time transition costs of $20 million are said to come from capital costs, consulting, recruitment, legal work, and pre- and post-implementation overlap.

Former RCMP deputy commissioner Peter German and Robert Rolls, a former 33-year member of the Vancouver Police (and its director of human resources), consulted with the city on the report.

The report states that public consultation would be a key determinant for any decision council is to make.

Earlier this month the RCMP invited council to visit Green Timbers, while the Justice Institute of B.C. made a presentation to council outlining its educational services.

The institute would train officers of the Richmond municipal police force.

“We’re looking 20, 30, 40 years from here and trying to figure out what is the best for the city,” said Brodie, who added that other Canadian municipalities with the RCMP will be watching how the decision in Richmond unfolds.

Sunny weather in forecast for the majority of the week in Richmond
Jun 14, 2021 7:35 AM
Comments