Richmond Olympian to give News readers the inside track in Tokyo

Later this week, 50K racewalker Evan Dunfee will be giving us one of three looks from the inside at the rearranged Tokyo 2020 Games
Jul 19, 2021 5:58 PM By: Alan Campbell 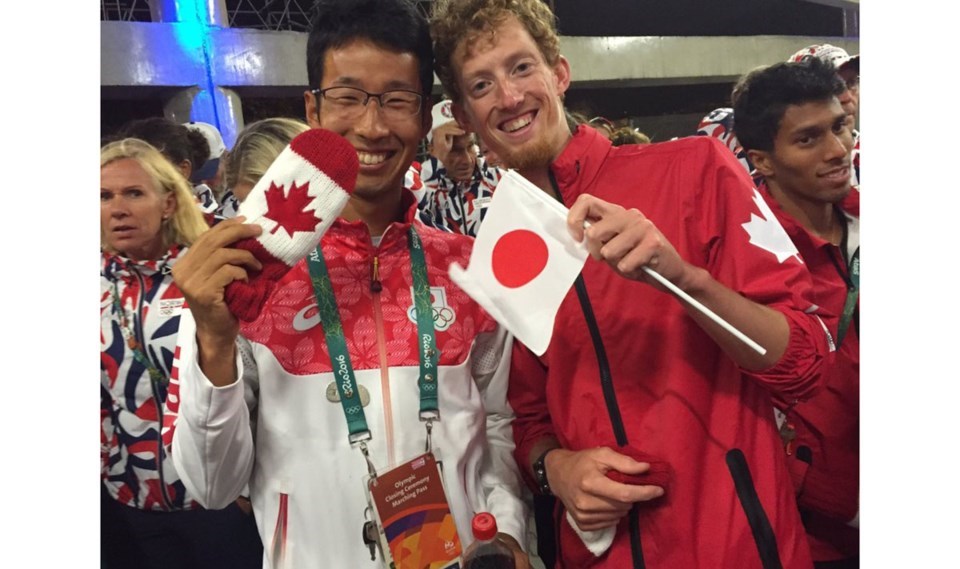 Evan Dunfee (right) at the closing ceremony for the 2016 Olympics in Rio.Richmond News file photo

One of Richmond’s Olympic medal hopefuls flew out to Tokyo today and he plans on giving Richmond News readers an inside view of the Games.

Later this week, 50K racewalker Evan Dunfee will be telling us what the atmosphere is like in Tokyo ahead of the rearranged 2020 Summer Games, being held in a city that has recently banned spectators from the event due to COVID concerns.

Dunfee will be sending us photos of the area and describing what is sure to be a very unique Olympic Games, given the fact a global pandemic is still in effect.

In the moments leading up to his big race on Thursday, Aug. 5 at around 10:30 a.m. (Pacific), Dunfee will update us on how his preparations have been going in Japan and how he’s feeling.

And when it’s all over (possibly with something shiny around his neck), he will give News readers his post-race views before he heads home to Richmond.

Last week, Dunfee kicked off the News’ "Meet Richmond's Olympians" video series, where several of the city’s six Olympic athletes talked candidly live on Zoom about their preparations and hopes for the Games.

Dunfee – who came agonizingly close to winning a bronze medal at the 2016 Olympics in Rio – can often be seen training on the streets of his home town, pounding out his daily 25 to 30K routine.

He made history at the 2019 World Athletics Championships when he won bronze to become Canada’s first ever medallist in the 50K race walk at the global biennial event.

The 30-year-old Canadian-record holder over 10,000 metres and 50K is desperate to make amends for the incident late in that 2016 race when he appeared to be bumped by a Japanese opponent, effectively costing him the bronze medal.

Dunfee received national and international acclaim in the aftermath of the race for not appealing the judge’s decision to give his rival, Hirooki Arai, the bronze.