Earlier this month, Richmond and other finalists met with the Smart Cities Challenge Jury for the first time to give a progress update on their project.
Nov 19, 2018 5:01 PM By: Alyse Kotyk 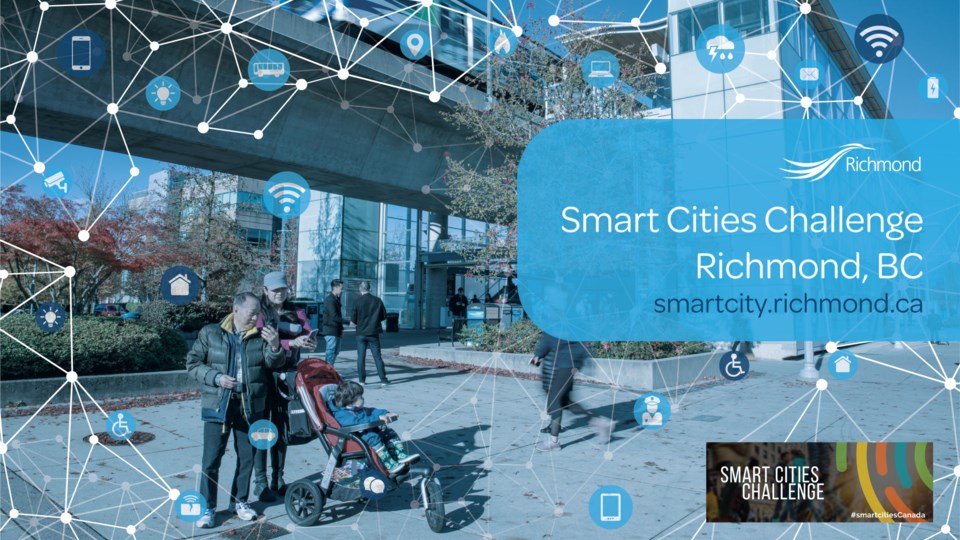 Richmond is pushing on with its Smart Cities Challenge proposal which includes the creation of an emergency response hub.

The city’s application was part of the Minister of Infrastructure and Communities’ nationwide Smart Cities challenge “to develop bold and ambitious ideas to improve the lives of their residents using data and connected technology.” Richmond proposed to create an “Intelligent Operation Hub” that will integrate data and coordinate emergency responses in the event of a major emergency, or even in the case of smaller day to day events such as traffic congestion.

“Richmond is excited to be a finalist in the Smart Cities Challenge,” said Richmond Mayor Malcolm Brodie in a press release.

“It is a great opportunity to make our community more resilient and improve quality of life for all residents. We will build upon our award-winning Digital Strategy and use the power of technology to make Richmond a truly Smart City.”

After receiving 200 applications for three prizes, the federal government announced its finalists in the spring. As a finalist, Richmond is now competing against nine other finalists (with a population under 500,000) for one of two $10 million prizes. It has received $250,000 to develop a more detailed final submission.

Earlier this month, Richmond and other finalists met with the Smart Cities Challenge Jury for the first time to give a progress update on their project.

The proposed Intelligent Operation Hub aims to use communication technology to integrate emergency response plans from all levels of government and businesses, in order to better streamline and organize communication, decision making and asset mobilization — for both small-scale incidents such as traffic congestion or a rare, but imminent, major earthquake (within an estimated 200 years according to local experts).

Winners are expected to be announced in spring 2019.