Offshore speculation on farmland needs to be controlled, as well as homes
Aug 12, 2016 11:23 AM By: Richmond News 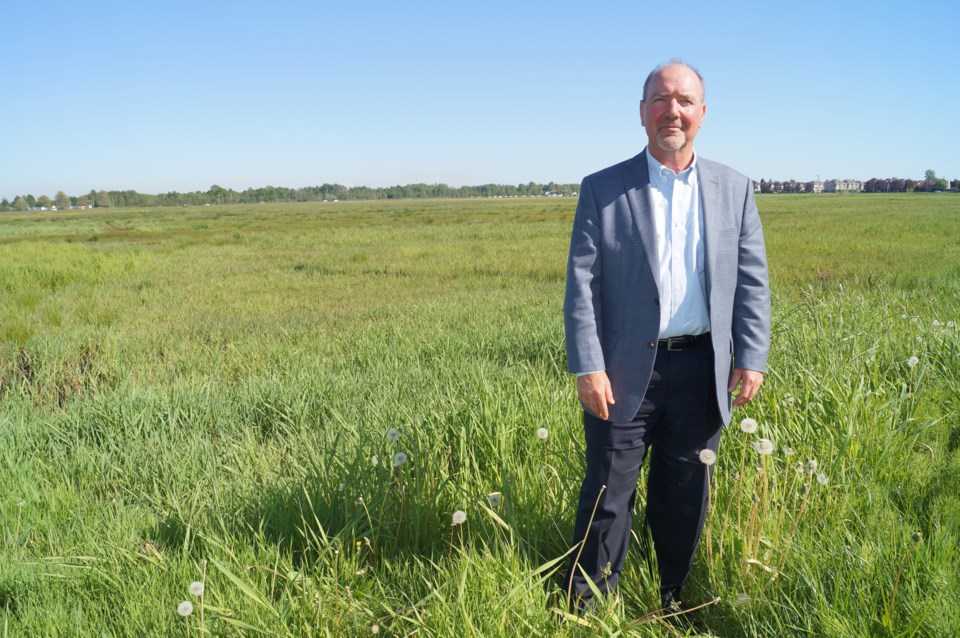 Dr. Kent Mullinix, director of Kantlen’s Institute for Sustainable Food Systems, not only supports a foreign ownership tax on propertiy, but argues for an outright ban on forgeign ownership of farmland. File photo

Richmond Mayor Malcolm Brodie is calling on the provincial government to apply a 15 per cent tax on farmland purchases by foreigners, after previously being opposed to such a levy, citing a personal philosophy to see a free market for real estate.

Brodie explained, this week, that the new provincial tax applied to residential properties places an extra incentive for foreigners to buy farmland and build large homes, which, coincidently, is another matter he’s asking the province to weigh in on.

At issue is farmland that has been heavily speculated upon by investors, including foreign interests. Dr. Kent Mullinix, director of the Kwantlen Polytechnic University Institute for Sustainable Food Systems, has called for an outright ban of foreign ownership of farmland, as prices for an acre of farmland reach as high as approximately $500,000 (when $80,000 per acre is sustainable, according to studies).

When asked why council doesn’t implement zoning regulations itself, as the City of Coquitlam recently did (limiting such homes to 5,300 square feet), Brodie said it attempted to do so three years ago but was met with opposition at a public hearing.

Coun. Harold Steves said prominent realtors who sold farm properties in east Richmond rallied support against the resolution. Steves said he was called racist in the process (as many large homes on farm properties are typically developed by Southeast Asians). Neither Steves nor Brodie said they’re presently willing to address the issue at city hall.

Meanwhile, the City of Richmond’s deputy CAO, Joe Erceg, told council’s planning committee last month that the city had recently denied an application to build a 41,000 square-foot house within the Agricultural Land Reserve, since it did not conform to zoning regulations. Erceg said the home had been designed in a manner that didn’t fit with normal living arrangements, hinting that it could have been used as a de facto hotel.

Metro Vancouver tried a regional limit on such homes in 2012, however the motion was dismissed by most politicians.