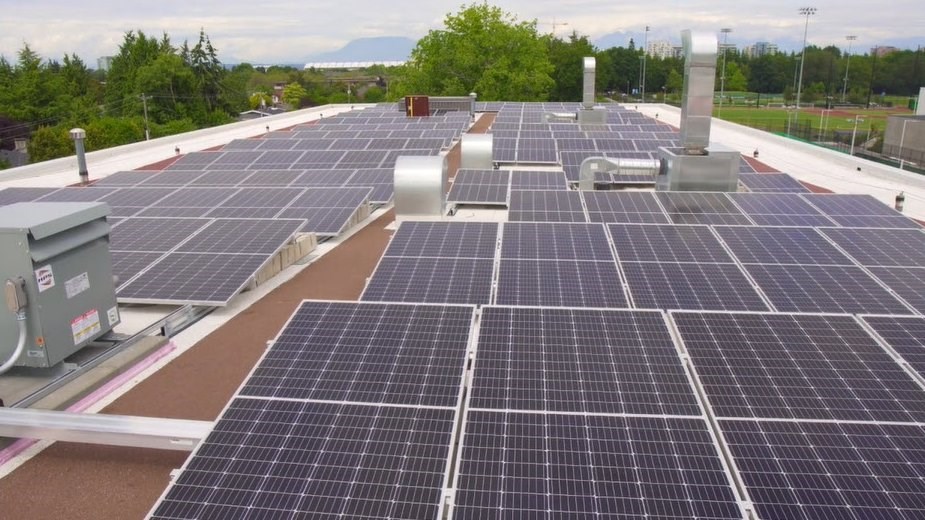 The roof of one Richmond fire hall will soon be covered with over 100 solar panels.

Brighouse Fire Hall No. 1 will have 136 solar panels, which could generate up to 60,000 kilowatt-hours of electricity per year – the equivalent of the amount of electricity consumed by five homes every year, according to a City of Richmond tweet.

The fire hall opened in 2018, after the construction of a new $24-million facility; at the time, the solar panels were planned so the facility would take zero energy from the power grid.

Government of Canada funding has fitted Brighouse Fire Hall No.1 w/ 136 solar panels. The system could generate 60,000kWh of electricity per year (equiv. of what 5 homes consume per yr) & provides continuous power to fire hall. Project will be complete by end of July. #RichmondBC pic.twitter.com/6gJNiNqlAO

The total cost of the project is around $300,000, according to a city spokesperson. The costs cover the solar panel system and battery energy storage.

There’s no direct cost to taxpayers as funds were provided by the federal government through gas and carbon taxes, said the spokesperson.

The solar panel project will be complete by the end of July.