Council addressed many questions about the project during the meeting
May 19, 2018 1:09 AM By: Daisy Xiong 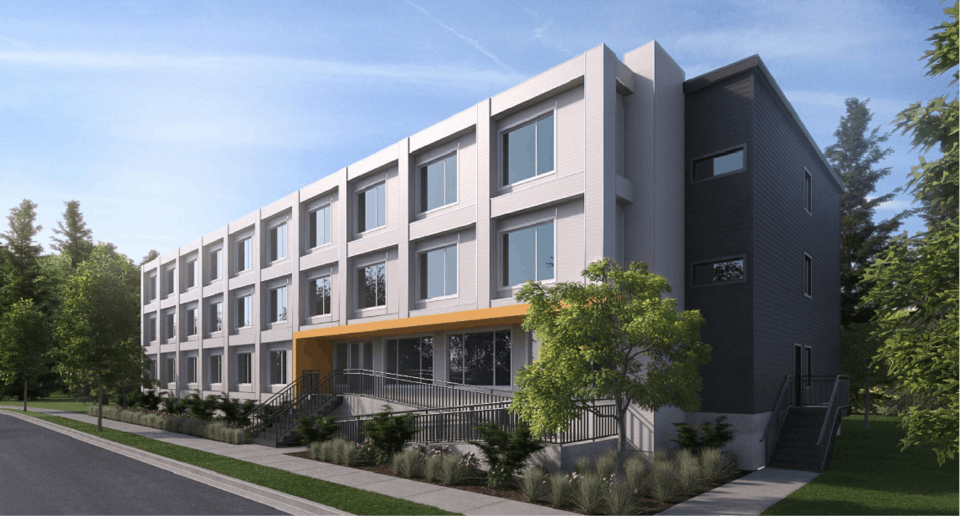 After 10 hours, spanning two meetings, and listening to approximately 80 people, the majority of councillors decided it was time to make a decision.

All, except Chak Au, voted for the project.

City staff were authorized to negotiate terms for a five-year lease for the city-owned land where the modular housing will sit. Staff were also tasked with negotiating an agreement with BC Housing and RainCity outlining roles and responsibilities.

Staff will report back to council within two months.

Au argued that details of the agreement should be in place before the city approved the project at 7300 Elmbridge Way, but his idea was opposed by everyone else.

Many councillors expressed compassion for people experiencing homelessness and argued that providing homes for the most vulnerable shows caring, which is important for the health of the community.

“If I wasn’t around and my kids were homeless, I want to have the thought that there will be a program in place to help them out.”

“He said, ‘we need to live together with tolerance and respect.’ In the name of tolerance, in the name of respect, I support this project,” said Johnston.

Coun. Linda McPhail said the provincial funding is an opportunity to build a project in Richmond for which “there is an urgent and vital need,” but council understands residents’ safety concerns and will work to address them.

“I know that there are many questions and concerns; I have them as well. We need to ensure there are regulatory processes when going forward. I’m committed to that,” she said.

Coun. Carol Day said the city will ensure there is an “opt-out” option if the program has any problems.

“Tonight is just the beginning. We will nail down the details. If this doesn’t work out, we shut them down. You have my word,” said Day.

Coun. Bill McNulty, who previously opposed the project because of its location in the city centre, changed his mind at the meeting and said the location is good.

Au, however, said he was disappointed there was no opportunity to discuss alternative options.

During the meeting, council addressed many questions to representatives from the city, BC Housing, RainCity and Richmond RCMP.

Brodie asked if it would be appropriate to locate the housing project in the industrial zone. Staff responded that this will be people’s home, not a shelter, so being in a residential area is important, adding the city hadn’t looked at any alternative options for the project.

McNulty then asked if it was possible to bar drug users from the facility. The answer was “no,” according to the BC Housing representative because “it is written in the program framework to include people with drug addiction and mental illness.” The program will provide clean injections for eligible drug injecting users and try to keep ingections inside the building, he added.

When asked by council about safety risks the project might pose to the neighbourhood, Supt. Will Ng, from Richmond RCMP, said he doesn’t believe homeless people are responsible for the majority of crimes in the city and that the RCMP will work to ensure safety in that area.

Brodie added that after the temporary modular housing was built in Marpole, data showed a 24 per cent decrease in the neighbourhood crime rate.

Supporters of the project applauded council’s decision while opponents told the Richmond News they are disappointed and will continue to pay attention to how it unfolds.