City council is looking at implementing fees between $2 and $16 per hour at electrical vehicle charging stations.
Dec 12, 2019 10:13 AM By: Maria Rantanen 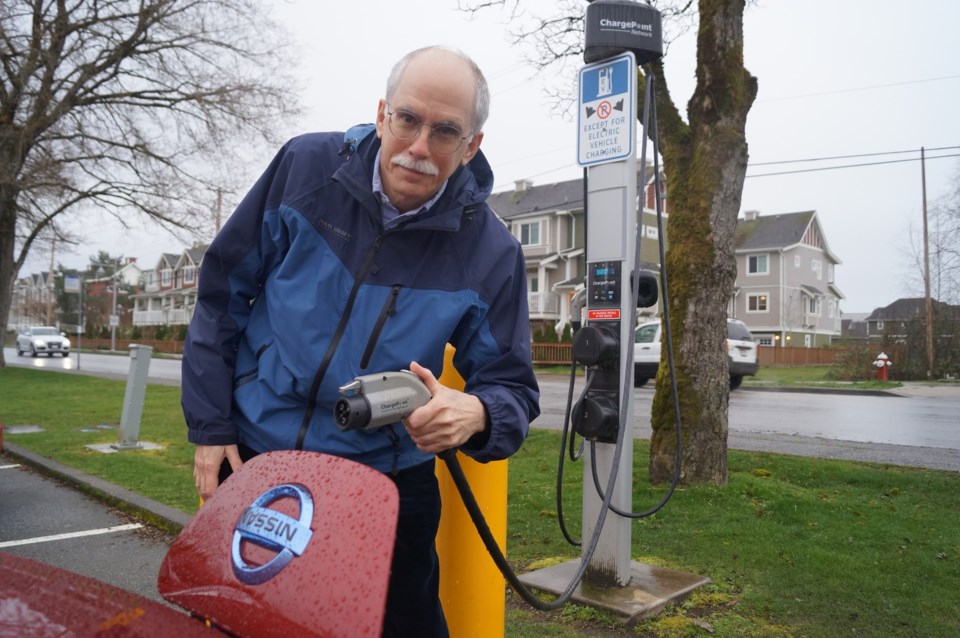 So far, it's been free to charge an EV at a city site - maybe not for long any more.

Drivers are staying too long in electrical-vehicle (EV) charging stalls – so the city might implement parking fees at municipal charging stations to cut down on idle time.

According to the city, charging EVs has more than doubled in the city’s stations over the past two years.

Electrical cars, however, are being left in charging stalls even after they are fully charged – about 30 per cent of the time in the EV stalls is non-charging time - or "idle" time, a city staff report notes.

The fast-charging stations take about 30 minutes to an hour to fully charge an EV., whereas “level 2” chargers taken four to six hours.

Fees are charged per minute.

The city is expecting “substantial growth” in EV car ownership – projections show there will be more than 10,000 EVs in Richmond within four years, up from 1,750 in 2019.

Currently the city has 14 charging stations at municipal facilities with six more coming on board soon, and 26 more planned in the future.

City council will deal with the EV charging fees at Monday’s committee meeting.