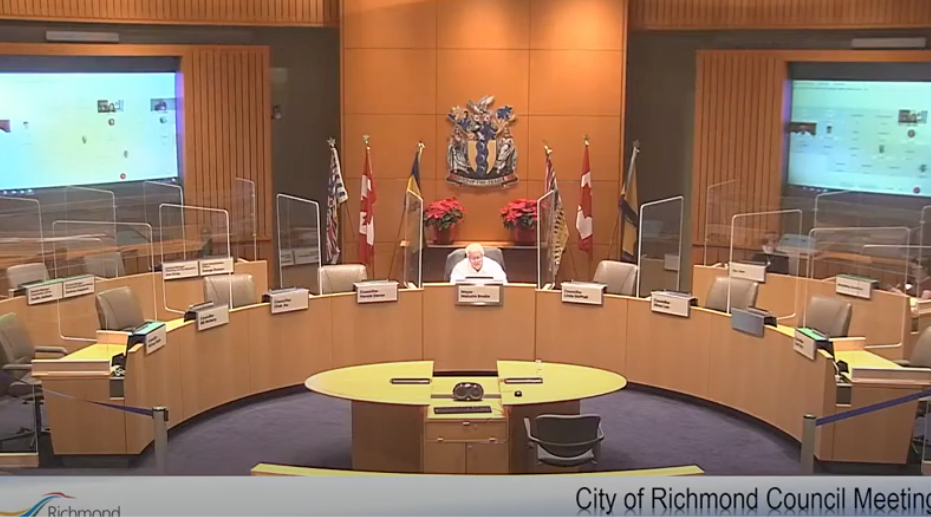 The budget for Richmond’s by-election to elect one councillor has been set but a date for general voting suggested by city staff – May 29 – was discounted by the mayor who reiterated the date would be set by council.

“May 29 is just a date – there is nothing certain or definite about that,” said Mayor Malcolm Brodie after the city clerk said that was the day being targetted.

“The timing for the actual by-election will be set by council once the chief election officer is appointed,” Brodie said. “I don’t want anyone to take anything from that May 29th suggestion – that is simply one date. Council will determine that in due course.”

A report on the by-election is expected at the March 15 committee meeting, with confirmation at the following council meeting – March 22 – of the chief election officer, setting in motion the election period.

The by-election, to replace Kelly Greene who was elected to the provincial legislature, has to be held within 80 days of the chief election officer being named.

At Monday’s meeting, council approved $716,500 for the by-election, which will allow for 10 advance polls, 10 polls on voting day and mail-in voting for all voters (normally, this is limited to those with disabilities or those who are travelling).

Coun. Carol Day wanted to ask city staff to re-examine the cost to see if the by-election could be done with a smaller budget.

“Our hands are tied behind our back so I understand there is nothing we can do, we have to have (a by-election), but I just don’t think the turnout is going to be that great,” Day said.  “The smart thing is to take a step backwards on this one and then a full, one-hundred-per-cent effective election in 2022.”

She pointed out Victoria spent $430,000 on a recent by-election.

Brodie, however, called the comparison “misleading” because Victoria is a third the size of Richmond.

“I don’t think the parallel holds at all – I think that Victoria is a great deal smaller and of course they’re going to spend a great deal less than what we have to spend,” Brodie added.

This referral was only supported by Couns. Day,  Harold Steves and Michael Wolfe.

And the full $716,500 budget was approved, with Day, Steves and Wolfe opposed.