Tensions between Canada and China haven't significantly impacted local businesses yet, but some are worried.
Jun 29, 2021 4:30 PM By: Nono Shen 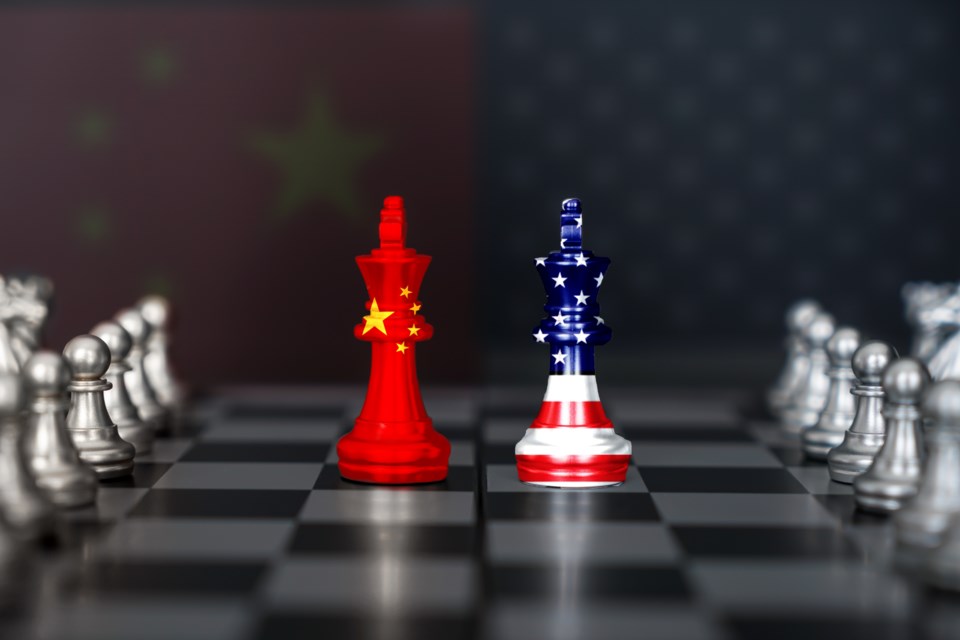 Tensions between Canada and China haven’t significantly impacted local businesses yet, but some are worried.Photo via Getty Images

Being the Asia Pacific Gateway, as Richmond has often described itself, is great for business as long as someone doesn’t slam that gate shut.

Tensions between Canada and China, as well as U.S President Joe Biden recent comments at the G7 Summit, saying he’s determined to stop China from becoming the world's top dog as long as it remains a dictatorship, hasn’t significantly impacted local businesses yet, but some are worried.

The News has reached out to Richmond experts and entrepreneurs to share their experiences and thoughts on this issue.

Dan Baxter, president and CEO of the Richmond Chamber of Commerce, said he hasn't heard too much anxiety from local members regarding trade relations so far.

Regardless, Baxter notes it's important for local business owners who plan to expand globally to do research and be aware of the opportunities and risks regarding the global business environment.

"At the end of the day, it's important to understand that geographical tensions are beyond business control,” said Baxter, adding that the chamber has contacts and can be a source of information and support in that regard.

In general, Canada overall saw an increase in international trade exports for 2019.

It might be too early for most local business owners to feel the pain or reap the gain, but Richmond entrepreneur Chris Pereira said his business is "growing tremendously."

Pereira is the founder and CEO of Canadian Ecosystem Institute, which specializes in helping Chinese companies navigate the North America market.

Now is a tough time for both Chinese companies in North America and Canadian companies in China since Richmond is on the front line of the trade war between the U.S., explained Pereira.

"But there is a silver lining: with the tougher business environment, Chinese companies operating in North America are realizing the importance of localization and true integration into the local economy, which is good for Canada, good for China, and good for business," said Pereira.

Recently more and more businesses are dedicated to strengthening their local branding and hire more multicultural bridge-builders in Canada as well as China, noted Pereira.

"I am certain that business conditions will improve and we can begin talking to each other again. The future is bright for Richmond, and we should be proud of the connecting role we play in Canada's economy, despite the challenges," said Pereira.

And with China being the world's second-largest economy behind the U.S., it’s not going to be easy to kick China out of the global game, he added.

China has been labelled the “world's factory” due to its low labour costs, low taxes and competitive currency practices. A recent Bloomberg article even reported that China's role was enhanced last year as it pumped out face masks, medical equipment and work-from-home gear.

"It might take lots of efforts, resources to shift some manufacturing and product assembly factories, like Foxconn, from China to the U.S or other countries. Those factories won’t be built overnight," said Zhang, adding that some product costs might fluctuate due to those changes.

The transition and shift period could be painful for the west, said Zhang, noting that all levels of governments need to protect their citizens from inflation when it comes to planning the future economic strategies.

However, Zhang agrees that, while it might be difficult for local Chinese business owners to develop their local markets, it is essential.

"Many people might misunderstand localization as hiring native speakers to make the company look more diverse, which is far from enough. They need to integrate their minds and concepts into Canadian cultures, such as contributing to the local community by donations, etc.

"When in Rome, do as the Romans do," said Zhang.