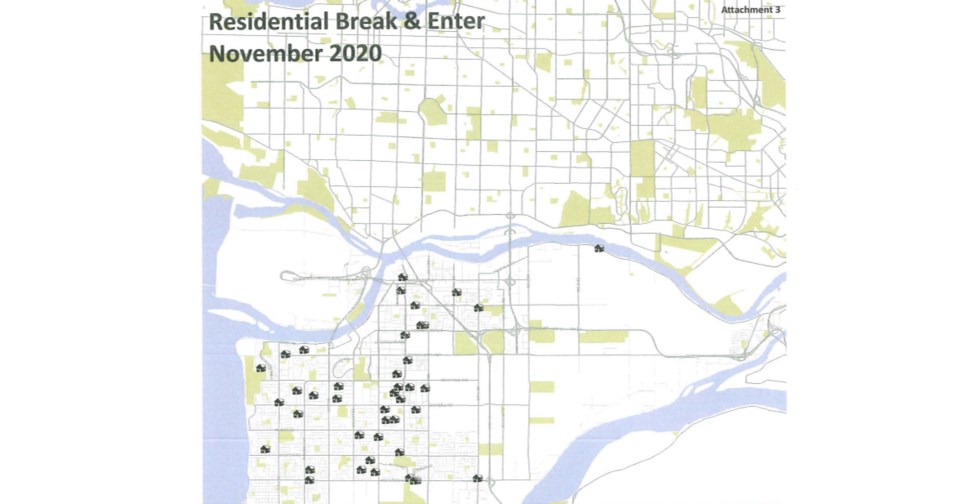 Property crime seems to have dropped overall in Richmond in 2020 while serious assaults seem to be on the rise, according to statistics compiled by the Richmond RCMP.

In November, there were 128 violent crimes in Richmond – only serious assaults were up (by 28 per cent) while robberies, common assaults and sexual offences were down compared with last year.

Property crimes in Richmond numbered 592 incidents in the first 11 months of the year, the highest being theft from auto (136 incidents).

Shoplifting dropped by 39 per cent, compared to last year, and theft dropped by 38 per cent.

Arsons across the city, however, more than doubled in 2020. There were 71 incidents between January and November 2020, while in the same period in 2019, there were only 34.

November 2020 crime statistics were compiled for next Tuesday’s community safety meeting, which will restart after a nine-month hiatus due to the pandemic.