The business case to replace the tunnel between Richmond and Delta was finished late 2020.
Mar 8, 2021 7:31 PM By: Maria Rantanen 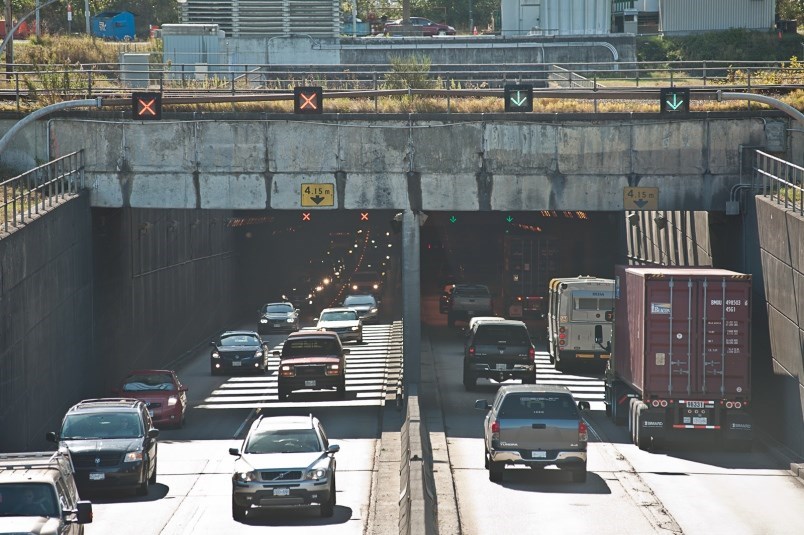 The business case to replace the George Massey Tunnel has been sent to Ottawa to ask for help funding it.

Richmond Mayor Malcolm Brodie, who sits on the Metro Vancouver board, updated Richmond council on this point at Monday’s council meeting.

Currently, the majority of Metro Vancouver board is on board with building an eight-lane immersed tube tunnel, Brodie added; however, he pointed out some First Nations are opposed to the tunnel option.

"Pretty much everyone else is on the same page on that," Brodie said.

The other option is an eight-lane bridge.

The previous BC Liberal government was planning a 10-lane bridge, but this was vociferously opposed by Richmond council because of its proposed impact on farmland and greenspace.

When elected in 2017, the BC NDP government cancelled this plan and started creating a new business case, which was completed in December.

Brodie said at this point it’s just a “waiting game,” but he pointed out he’s had two conversations with Rob Fleming, the minister of transportation, over the past month about the tunnel replacement.