"No Foreigners": A play explores nostalgia in Chinese malls in Richmond

The title comes from the playwright's personal experience in Aberdeen Centre
Feb 9, 2018 12:27 PM By: Daisy Xiong 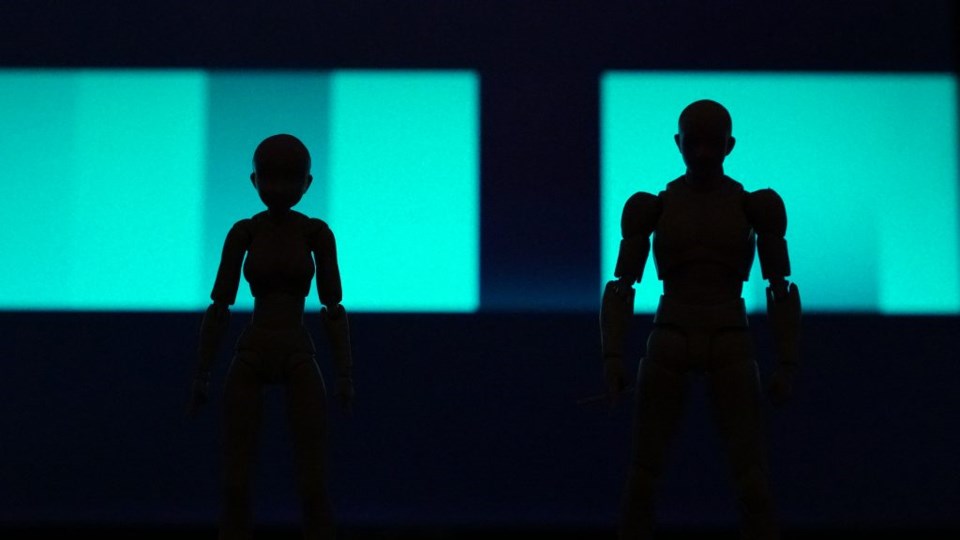 Playwrite David Yee takes a provocative look inside Richmond’s Chinese malls, which have had their share of racist controversies but also provide a unique backdrop for traditional and modern immigrant culture. Photo submitted

A play exploring the meanings Chinese shopping malls hold in Chinese-Canadian culture is being staged at the Cultch Theatre in Vancouver.

The project is inspired by the many Chinese malls in Richmond, according to David Yee, the playwrite, who is a half-Chinese, half-Scottish Torontonian.

“We started off the project because of the debate over the Chinese-only signage in Richmond. The same debate happened in Markham, ON about eight to 10 years ago, so we shared that history,” Yee told the Richmond News.

“We spent a week or two in Richmond going to all the Chinese malls…but the more time we spent at Chinese malls, the more we figured out that’s what we really want to talk about.”

The title, “No Foreigners,” comes from an experience Yee had at Aberdeen Centre.

“We were checking out all the stores, then there was a store ... It has all kinds of handbags on the window, and there was a sign saying ‘members only,’” recalled Yee.

“I pretended to be a rich business guy and said to a woman there, ‘I just moved to Richmond and I would like to get a membership.’

“She looked me up and down and said, ‘sorry, no foreigners.’ She said it right to my face... I think it is interesting.”

Even though Yee is part Chinese, by “foreigner” she meant Caucasian.

That scene became the beginning of the play, but instead of walking away like Yee, the main character stays in the mall for three years to learn to be Chinese.

At the end, he goes back to the store and goes through a series of tests to prove he is Chinese.

Several stories manifesting in a Chinese mall were told in a “non-traditional” way by two Asian actors, with text, media design, miniature models… to “unpack what is at the heart of ‘Chineseness,’” according to Yee.

“Chinese malls hold a place in our (Chinese-Canadian) history. (We explore) what the malls mean to people across different generations, and how they’ve changed,” said Yee.

“They are built on nostalgia, so (the project) is an exploration of that nostalgia.”

He said for many old generations of Hong Kong immigrants, the Chinese malls became a centralized community for them to spend their time and socialize.

“One of our team members said his grandmother spent all her time in one of the food courts. That’s where she meets her friends, chats and hangs out. It’s her own nostalgia,” said Yee.

And for younger generations, such as himself, the Chinese malls are a window to take a peek at the distant oriental traditions.

However, such traditions are changing as the new generation grows up and encounters increasing numbers of immigrants from mainland China.

“We have reflected the decline of Chinese malls and the shifts as well in the play.

“From what I hear, the (outlet) mall one stop away from Vancouver Airport was built to draw in mainland Chinese for that experience,” said Yee.

“They are not the stores in Hong Kong malls, but large independent structures with bigger and larger brand names. That shift is interesting.” .

The play is shown until Feb. 17 at the Cultch Theatre in Vancouver. It’s half in English and half in Cantonese with English subtitles.