Most Metro Vancouverites on board with plan for SkyTrain to UBC

During last year’s municipal election campaigns in the Lower Mainland, housing was by far the most important issue for residents of the city of Vancouver and most adjacent municipalities.
Feb 11, 2019 4:07 PM By: Mario Canseco 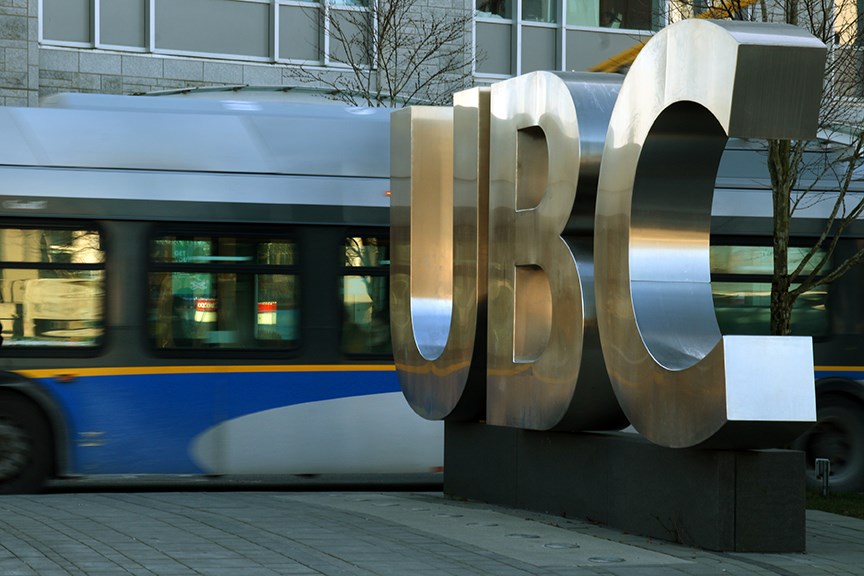 During last year’s municipal election campaigns in the Lower Mainland, housing was by far the most important issue for residents of the city of Vancouver and most adjacent municipalities.

Transportation, whether in the form of new transit projects, the prospect of congestion charges for drivers or the belated start of operations for ride-hailing companies, was not as prominent an issue as in the past.

In spite of this, the long-awaited project to take SkyTrain to Arbutus in Vancouver, and to ultimately extend the Millennium Line all the way to the Point Grey campus of the University of British Columbia (UBC), was not a point of dispute for the credible contenders running to replace Gregor Robertson at Vancouver’s City Hall.

Opposition to the proposed SkyTrain extension to UBC provided temporary fodder for at least one registered candidate who ended up finishing with fewer than 1% of all ballots cast in Vancouver. In October, as voters pondered their options in the election, Research Co. foundthat 82% of Metro Vancouverites supported delivering SkyTrain to Arbutus and 87% felt it was a good idea to reach UBC campus.

A subsequent survey conducted in Novemberby Research Co. and commissioned by UBC involved a larger sample size, so that responses from residents of all Metro Vancouver municipalities – even if they resided far away from the Point Grey campus –were properly assessed.

In the city of Vancouver, 81% of residents were still keen on the Arbutus project, and a higher proportion (89%) endorsed the chance to visit the UBC campus via SkyTrain.

The plan to extend the Millennium Line to Arbutus was also supported by majorities of residents of Burnaby, Richmond and New Westminster (78%), the Tri-Cities (69%), Surrey (66%), the North Shore (63%) and Delta, White Rock and Langley (60%). Only in Pitt Meadows and Maple Ridge did the proportion of backers fall below the one half threshold (48%), with 21% of residents voicing opposition and 30% undecided.

Majorities of residents in all regions of Metro Vancouver were in favour of the plan to extend SkyTrain to the UBC Point Grey campus. The North Shore boasted the highest level of support at 86%, followed by Burnaby, Richmond and New Westminster (84%), the Tri-Cities (79%), Surrey (78%), Delta, White Rock and Langley (73%) and Pitt Meadows and Maple Ridge (58%).

When asked if there was something that could make them more supportive of the proposed SkyTrain extension to UBC, two aspects were deemed the most noteworthy by residents. Almost two-thirds of Metro Vancouverites (65%) say they want to see UBC provide a substantial financial contribution toward the project, and 59% think any eventual construction should lead to increased access to affordable housing options.

Aside from UBC playing a financial role and creating more housing spaces, congestion remains one of the biggest concerns related to transportation. Metro Vancouverites said congestion is the most important issue for them when thinking about new projects (73%).

As someone who attended UBC in the early years of the 21st Century, I can confidently report that the 99-B Line worked well to get students to and from the Point Grey campus. However, a lot has changed since then. The community has grown immensely, with more housing developments and more students on campus than ever before.

Taking SkyTrain to UBC would provide an added benefit to residents who wish to be more connected to the campus, but who currently balk at how long it takes to get there relying on existing public transit routes or their own vehicles.

Research Co. found that 45% of Metro Vancouverites visited the UBC Point Grey campus in the six months prior to taking the survey, from a high of 64% in the city of Vancouver to a low of 13% for those who reside in Pitt Meadows and Maple Ridge.

The top three reasons for Metro Vancouverites to make the trip to the UBC Point Grey campus were to visit parks and beaches (19%), to attend a museum or cultural amenities (17%) or to enjoy lectures or speeches (16%). Almost half of Metro Vancouverites (46%) say they would be more likely to visit the campus if the Millennium Line could take them there, including a majority (53%) of those who live in Burnaby, Richmond and New Westminster.

The numbers show that the extension of SkyTrain to the UBC Point Grey campus is not a project for a minority, as some critics have charged. Aside from the obvious benefits to students and staff, it has the potential not only to minimize congestion, but also to lead to a new relationship between the foremost university in the province and residents all over the Metro Vancouver region.