Marco Mendicino, the Minister of Immigration, Refugees and Citizenship, told the Richmond News the federal government wants to “weed out” abuses in the immigration system, but he added the principle of “jus soli” — birthright citizenship — has served
Feb 11, 2020 2:56 PM By: Maria Rantanen 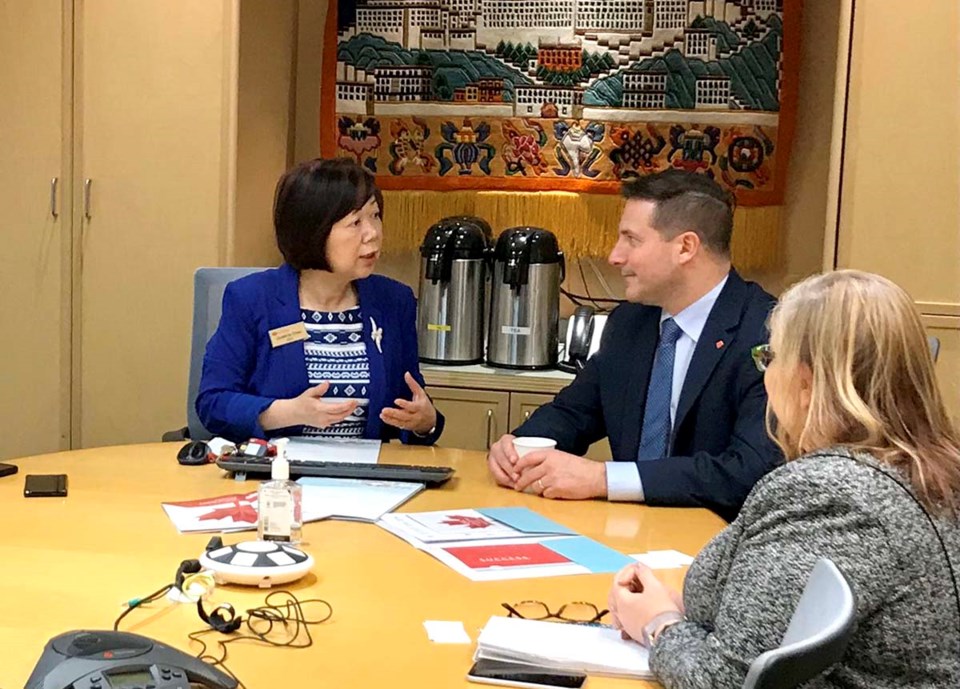 Marco Mendicino, Minister of Immigration, Refugees and Citizenship, was in the Lower Mainland this week.Photo submitted

Marco Mendicino, the Minister of Immigration, Refugees and Citizenship, told the Richmond News the federal government wants to “weed out” abuses in the immigration system, but he added the principle of “jus soli” — birthright citizenship — has served Canada well.

Birthright citizenship has been in existence in Canada since 1947 and is also a common practise in other countries, like the U.S. and some Commonwealth countries, Mendicino pointed out.

“It’s more about determining and finding where the abuses are within the system rather than getting rid of the principle,” said Mendicino.

However, Richmond city councillors believe they know exactly where the abuses are as the city has become known as the “epicentre” of birth tourism, attracting people who come here to give birth in order to secure Canadian citizenship for their baby because of “jus soli.”

In the past year, 23 per cent of babies born at Richmond Hospital were born to non-residents.

Several businesses advertise — exclusively in the Chinese language — birth tourism services, saying they will provide accommodations for pregnant women and help with after-care and paperwork.

Richmond council passed a motion on Monday to ask the minister to end automatic citizenship for babies born to non-residents.

Mendicino said he “commends” council for having a discussion about birth tourism, and he will reflect on the motion passed. The issue needs to be monitored “very closely,” he added.

Mendicino said the federal government is taking “concrete steps” to strengthen the oversight of immigration consultants “to really hold accountable any individuals who are trying to backdoor or take advantage of the system.”

Although he didn’t specify what those steps were, he did say the federal government wants to work with provincial partners and municipalities like Richmond to “weed out any abuse of our immigration system.”

There was a level of frustration at city council on Monday — directed at Vancouver Coastal Health, and the provincial and federal governments — as councillors debated the merits and wording of a letter to push the federal minister of immigration to tackle birth tourism.

Voting against the motion were Couns. Alexa Loo, Kelly Greene and Michael Wolfe.

While Greene said she’s 100 per cent against birth tourism, she felt the motion was worded so that it could cause “disproportionate harm” to “vulnerable people such as refugees and stateless people.”

She said the harm would be exclusively to people of colour and she didn’t want to see at-risk people further marginalized.

Coun. Bill McNulty said he sees birth tourism in his neighbourhood and called on senior governments to take action.

“I think this is an issue that really has put us in a vulnerable position — the two levels of government are totally out of touch with what’s happening in the communities,” McNulty said.

He also suggested the city needs to push Vancouver Coastal Health into action.