Mandatory quarantine kicks in at midnight for travellers returning to Canada

Travellers returning to Canada will be subject to a mandatory 14-day isolation, starting midnight tonight, to help curb the spread of COVID-19, the federal government announced this morning.
Mar 25, 2020 9:47 AM By: Kirsten Clarke 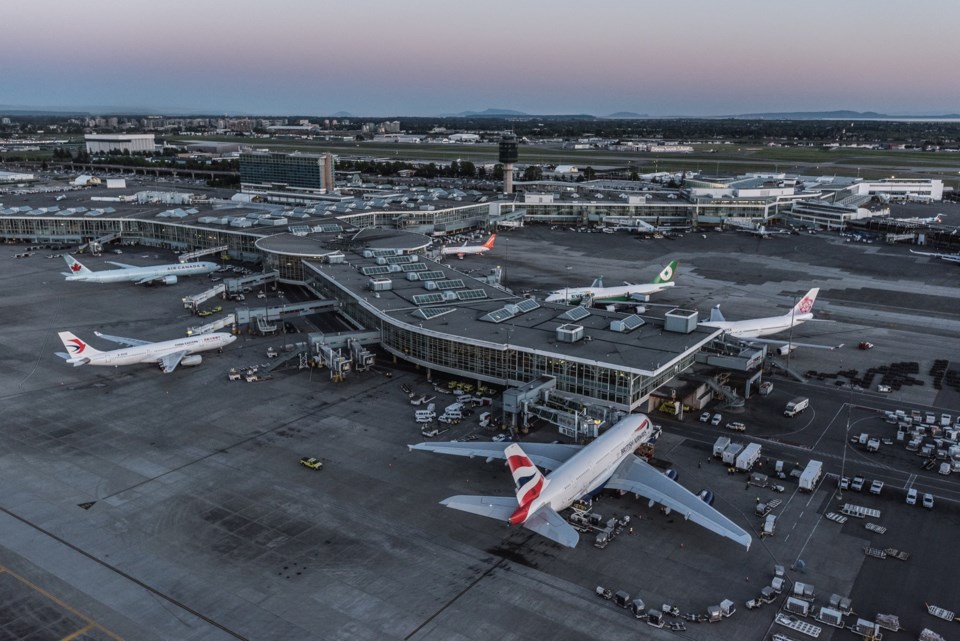 Air passengers flying to, from or within Canada will be compensated up to $1,000 for flight delays and cancellations starting Sunday, Dec. 15Vancouver International Airport / Facebook

Travellers returning to Canada will be subject to a mandatory 14-day isolation, starting midnight tonight, to help curb the spread of COVID-19, the federal government announced this morning.

The quarantine will not apply to essential workers, such as truck drivers and health care workers.

Deputy Prime Minister Chrystia Freeland said the government has been “urgently advising” people to self-isolate after returning to Canada from international travel over the past few weeks. The government has also been warning of tougher measures for the past several days.

“We have decided that now is the time to make that measure mandatory,” said Freeland.

“The health minister will be using powers that she has under the Quarantine Act, beginning midnight tonight, to impose a mandatory 14-day period of isolation on all people coming into Canada from outside Canada,” she said.

The quarantine was first announced by Health Minister Patty Hajdu in Canada's Senate, where she was discussing the government's emergency COVID-19 aid legislation.

Hajdu told Senate that people who exhibit symptoms of COVID-19 upon their arrival in Canada will be "forbidden from using public transit to travel their places of self-isolation."

They will also be prohibited from self-isolating in a place where they will be in contact with vulnerable people, said Hajdu.

Freeland also laid out some of the enforcement measures that will be put in place, but said more specific details will come later today.

"From midnight tonight, we will be taking the contact details of all returning, of all people coming into Canada, and then we will follow up with them to be sure that they are indeed self-isolating, because (that) becomes mandatory," said Freeland, emphasizing that this is something Canadians should already be doing.

"Everywhere in the world, there's COVID-19," he said. "So when you come back home, it's important to protect your fellow Canadians by self-isolating for 14 days, so this is just an appropriate step, surely, from a public health perspective."

The Quarantine Act, which gives the health minister the power to order travellers to stay home and tools to enforce that, was revamped in 2005 following the SARS outbreak.

Designated screening and quarantine officers may fine or arrest travellers who refuse to be isolated or comply with any measures imposed under the act.

Under the act, those who fail to comply with the order can face a fine up to $750,000 and jail for six months. Those who cause a risk of death or serious bodily harm to another person while willfully contravening the act or its regulations can face jail for up to three years or a fine of up to $1 million.