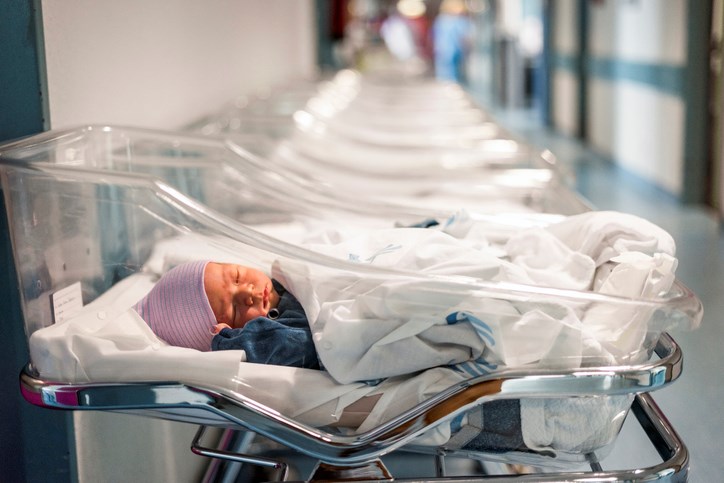 While the Liberal government has yet to offer any solutions to Canada’s emerging birth tourism industry, the Conservative Party of Canada is now backtracking on its pledge to end birthright citizenship — the be-all and end-all answer to the controversial passport scheme.

Conservative candidates Kenny Chiu and Alice Wong of Richmond announced September 30 they now “support” Canada’s jus soli law — granting automatic citizenship by virtue of being born here, and not based on the citizenship or residency status of one or both parents, as is common practice across the West.

This is in stark contrast to a Conservative party convention motion in August 2018 that saw members vote in favour of ending birthright citizenship. Then, Global News reported from the Halifax convention how Wong spoke in favour of the motion, saying that Canada should “fight for our own babies” and that “passport babies” take away resources from the healthcare system.

Wong and Chiu’s reversal aligns with the Conservative platform, which makes no mention of ending jus soli law, or birth tourism for that matter, under its immigration policy section, which proclaims to bring “fairness, compassion (and) secure borders.”

On October 19, 2016, Wong, MP for Richmond Centre, presented a petition she sponsored to the House of Commons calling for the end of birthright citizenship. The petition claimed birth tourism taxes the social welfare system. Then Liberal Immigration Minister John McCallum responded to the petition, stating changes to the law would be costly and onerous. Such reasons were why the pre-2015 Conservative government scuttled attempts to abolish jus soli.

Wong and Chiu have not responded to Glacier Media for further comment. Chiu stated on Twitter after last month’s Richmond Chamber of Commerce debate, that he and Wong nevertheless “oppose” birth tourism.

From April 1, 2018, to March 31, 2019, non-resident, non-Canadian women gave birth to 458 newborns. The hospital itself delivered 1,980 babies, meaning foreigners accounted for 23.1% of all births in Richmond, according to Vancouver Coastal Health.

Non-resident births spiked in Richmond in 2014 and peaked in the 2017-18 fiscal year, with 474 newborns. Over the past five years, Richmond Hospital has birthed 1,951 babies from non-resident mothers, accounting for 18.6% of all births (10,473) at its maternity ward.

There is no evidence all of those births are explicit instances of purposely arriving in Canada to give birth. However, such births only include foreign families who are not registered with the B.C. Medical Service Plan. Typical non-residents such as international students and temporary workers must register for MSP.

Across Canada, except in Quebec, non-resident birth rates are rising rapidly, according to Canadian Global Affairs Institute researcher Andrew Griffith, who reports a three-fold increase from 2010 to 2018. Last year 4,099 non-resident births were reported in Canada, 2,917 of which were in Ontario. Richmond Hospital is the nation’s leading hospital in this respect.

Nationality isn’t routinely tracked but a tabulation by hospital officials in 2016 showed Chinese nationals accounting for 98% of non-resident births. Richmond and its vicinity are home to dozens of “baby houses,” according to 2015 provincial government records. According to some baby-house operators, Richmond is a popular location for Chinese nationals due to the city's multilingual services and proximity to China as a Western country that allows such automatic citizenship.

It is not illegal to enter Canada to give birth but it is illegal to misrepresent your intentions, according to Canada Border Services Agency.

The United States has birthright citizenship enshrined in the Constitution. In the 1990s, amendments had bi-partisan support; however, present-day calls to end the right are more polarized coming from President Donald Trump.

The U.S. and Canada are the only Western countries to have such laws. Canada would need to amend its Citizenship Act. Australia, which governs under a Parliamentary system like Canada’s, abolished jus soli in 1986.

Unlike Canada, the U.S. has recently taken action against birth-house operators in California, via coordinated efforts from federal and local authorities, who have brought forth charges of money laundering, fraud and identity theft against operators. One pleaded guilty last month.

Chiu’s opponent in this year’s election is Steveston-Richmond East MP Joe Peschisolido, an immigration lawyer whose firm has come into disrepute for its involvement in a securities fraud case involving Chinese investor immigrants. Peschisolido supported a parliamentary petition July 17, 2018, that seeks to have the federal government condemn the rising rate of birth tourism and explore methods to discourage the cross-border business. The Liberals have been silent on the subject for the past year.

Richmond community activist Kerry Starchuk created both petitions, although the Peschisolido-sponsored petition did not call for an end to birthright citizenship.

Starchuk is opposed to the practice on ethical grounds and Peschisolido has called it an “abuse” of the immigration system.