Having the Courage to strive for better mental health services

Courage To Come Back awards help Coast Mental Health combat stigma
May 9, 2018 9:02 AM By: Martha Perkins 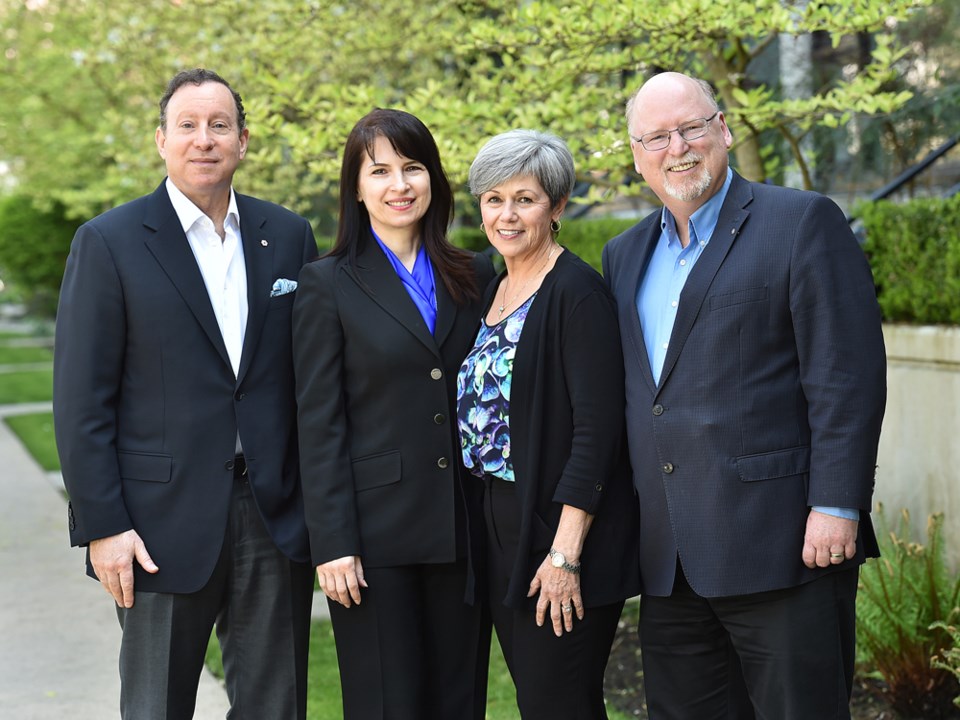 Imagine a time when Coast Mental Health questioned whether it should put its name outside its new office and club house for fear of exposing the people who walked in and out its doors to discrimination.

It wasn’t that long ago.

Even in this #Let’sTalk era, people who speak openly about their mental health risk being stereotyped or, worse yet, becoming a victim of prejudice. Housing can be denied, careers sidelined and friendships rejected.

Coast’s Courage To Come Back awards have done a lot to chip away at those stigmas, the organization says on the eve of the awards’ 20th anniversary ceremony on May 10.

By honouring the people who have faced tremendous hardships and telling the story of how they found the inner fortitude to rebuild their lives, the Courage awards have offered a powerful and often uplifting message of hope.

Although the award recipients are not necessarily directly tied to Coast Mental Health, or the services it provides in the Lower Mainland, the celebration of resilience serves several important roles for the organization.

In 1987, Darrell Burnham joined Coast as its CEO, 15 years after its inception. One of the first challenges he was given was starting the capital campaign to raise the money to buy what is now the office on East 11th Avenue near Main Street. Another looming issue was the loss of provincial funding for one of its programs.

At the time, not only did Coast not have much in the way of fundraising, but there was resistance to the very idea that it was necessary.

“Among the clients there was a feeling we shouldn’t be fundraising because the government should be funding everything because it was an essential service,” says founding chair Shirley Broadfoot. They had to be convinced that if people are willing to open their wallets, it means you’ve touched them in some way. And by touching them, you make them care about the organization and the people it serves.

“Fundraising requires you to talk about what you do,” Burnham explains, and people were very frightened of even mentioning mental illness. “I’ve had people say the stigma is worse than the impact of the illness itself. It’s very powerful.”

Also debilitating is self-stigma, the feeling that if you have a mental illness you are worthless. “They feel, ‘People are looking at me so I’d better not go out there,’” he says of some clients. “But if you’re feeling depressed, isolation is not a good therapy. That’s what is good about Let’s Talk [Bell Canada’s initiative for people to share their stories of mental illness]. People feel less afraid to self-identify, even though they are still very careful about who they tell.”

“We once had a debate about the word ‘stigma,’” Broadfoot says. “It almost gives you a feeling that there’s some responsibility — that the person who is being stigmatized has done something to deserve it.”

She says people are afraid of what they don’t know, which is one of the reasons she agreed to accept the invitation to join Coast — “I needed to challenge myself.”

The stigmas around mental health held back the organization’s fundraising abilities for the first few decades. In the days before casinos were legal, its primary fundraising event was taking its turn running provincially sanctioned bingo nights, which were a lot of work for a relatively small return. Broadfoot’s arrival on the board was welcome in small part because she owned the Entertainment Coupon Books that charities vied for. (The books were sold to charities and service clubs on consignment; when a year’s new batch came in, she had to hire security to guard them.)

“That was Coast’s fundraising plan — to raise $1 million for the building at $8 a book [in profits],” Burnham says.

Broadfoot was first approached about being chair of Courage but when she declined — she’d just retired with the hopes of spending more time with her family — she was asked to join the board instead.

It wasn’t long after, however, that Broadfoot agreed to be the event’s chair.

“It was so exciting,” she says. “Courage was good in every way we could think of. We were giving people role models and mentors and telling stories that seemed almost impossible. We just knew it was something we needed to do.”

“Most people hate events because they’re so much work for the return,” Burnahm says. “There was something about Courage and the promotion of our mission and identifying heroes. In mental health, we had no heroes….

“We knew it would be an inspiring event. We believed that if we got people into the room, and told the recipients’ stories well, people would be inspired.”

Media groups throughout the city were approached to be sponsors; Coast knew that it would be easier to get other sponsors involved if they knew the event, and the recipients, would be profiled. BCTV (now Global BC) was one of the first onboard, as well as the Vancouver Sun until the Province took over, Fairchild News and News 1130. (In 2017, the Vancouver Courier and its parent, Glacier Media, became the official print sponsor.)

The first awards ceremony — they prefer not to call it a gala — was at the Hotel Vancouver and attracted 600 people. “There were five stunning recipients and, for a first event, everything went beautifully,” Broadfoot says.

Getting up on stage to accept the award can be very intimidating. That first year, Coast hosted the recipients the night before at a Grizzlies basketball game. This put them at their ease and provided the inspiration for what is now a dessert reception at which recipients can meet each other and ease into their starring roles.

Most events have an arc of four to five years but Courage, Burnham says, “seemed to have other lives.” Although it was not initially a big money maker, the evening was so inspiring, and the recipients so deserving of recognition, Coast remained committed to the event.

And then Joe Segal came to Courage. The Vancouver entrepreneur and philanthropist learned about Coast through its support of a housing project for people with mental illness in Vancouver’s Jewish community. He was deeply touched by the recipients’ stories. At a subsequent lunch at Chartwell restaurant at the Four Seasons — where Segal had a corner table under the portrait of Winston Churchill — representatives from Coast Mental Health told him more about the organization and the goal of the awards.

“Why don’t you talk to my son, Lorne,” Segal said.

Lorne soon agreed to take over the chair’s seat from Broadfoot, who was burnt out after seven years at the helm. As she and everyone else involved with the awards says, “Lorne took it to a different level. He made it into a huge philanthropic event. His energy is incredible.”

In a Courier profile after last year’s event, which raised a record $1.63 million in a single night, Broadfoot said, “He’s very into the details that it takes to do something well and that’s why he knocks himself out every year. And do you know what he’s spectacular at? Gratitude. He’s so grateful for what he has and anything anyone does to help him and he lets them know that.”

While the evening brings together some of the titans of Vancouver’s business and political worlds, making it a must-go charitable event, Segal makes sure that the focus remains on the Courage recipients. He has his fingers on every aspect of the awards and makes personal connections with each of the recipients. One of his recurring themes is “There but for the grace of God go I.”

Just as the awards give recipients a profound sense of pride and self-worth, Courage has given Coast Mental Health a deeper sense of its ability to take on big projects as it strives to enhance its services for people with mental illness. It now helps up to 5,000 people a year through various services and houses 1,200 people from youths to people in their eighties and nineties.

When it was approached about being part of Storeys, an innovative but expensive housing project in Richmond, “because of our success with Courage, we said ‘no problem, we can do this,’” Burnham says. “It’s created the confidence within Coast to go out on a limb. We have the confidence that Courage has given us — not just in what we have raised, but what we will raise.”

Broadfoot remembers back to those early Courage awards. “We thought we would have really made it if we netted $100,000.”

But she, like everyone involved with the awards, believes in the event because of the way it pays tribute to those with so little who have overcome so much.

“The event is still right for all the right reasons.”