There is another harm reduction method for Richmond residents – and those living in the Vancouver Coastal Health region – to use when they consume illicit drugs.
Jun 1, 2020 4:00 PM By: Maria Rantanen 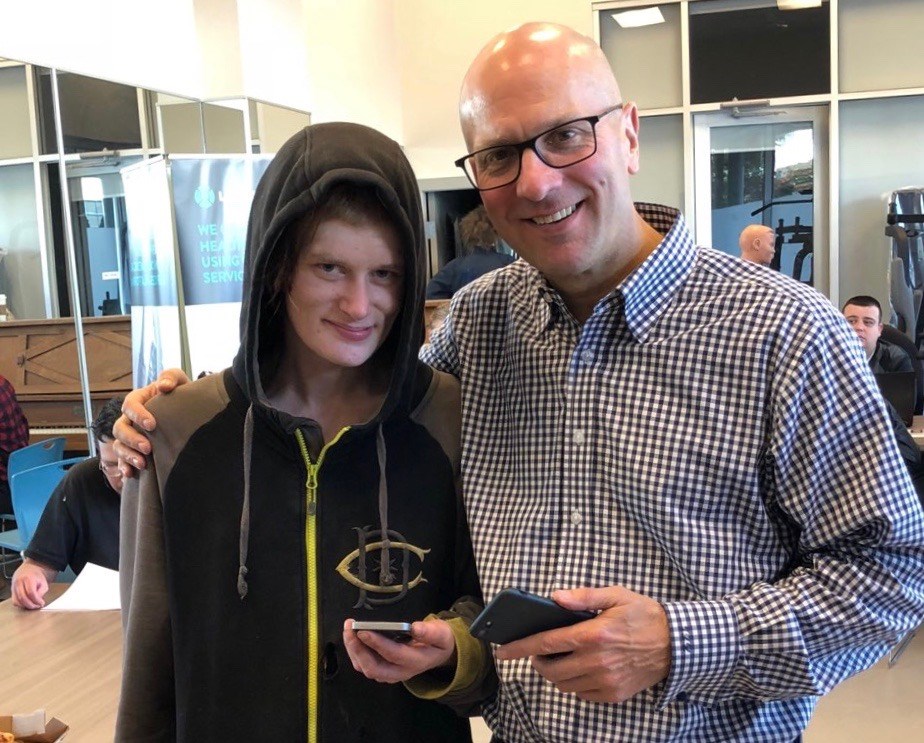 Jeff Hardy (right) developed an app to help alert 911 if someone is overdosing. He was showing an early user the app.Photo submitted

There is another harm reduction method for Richmond residents – and those living in the Vancouver Coastal Health region – to use when they consume illicit drugs.

Lifeguard is an app that anyone using drugs can set as a timer to alert 911 if they overdose.

It was developed by Jeff Hardy, who lost a friend to a fentanyl overdose four years ago, to help keep addicts alive.

Hardy said he wanted to help those struggling with addictions and who haven’t found a way out yet.

“We developed the application to save their lives and, in their own time, try to get to treatment,” Hardy said. “Without keeping them alive, there’s no chance obviously of recovery.”

When Lifeguard was testing the app, 15 overdoses were reversed out of the 45 people using it, just in the first 30 days, Hardy explained. The app was used 2,500 times over this period of time.

“It was beyond our expectations how much it was actually used,” he said.

As the COVID-19 pandemic exacerbated the overdose crisis, the provincial government licensed the app and put it out to the public for free.

The province released its most recent overdose fatality numbers last week and they showed an increase in deaths during the COVID-19 pandemic.

In Richmond, while the number of deaths is low – so far in 2020, there have been five overdose deaths in Richmond – there was an increase in the province in April to 177 deaths compared to last April’s 84.

Most overdose deaths happen when people are using drugs alone.

Lifeguard can be downloaded for free and the user enters his or her name and a phone number. When they are consuming drugs, they press a time that starts counting down from a minute. If they don’t turn it off after a minute, it triggers a call to 911 whose dispatchers will call the number to check on the user. If no one answers, an ambulance is dispatched.

The app uses a GPS system, but the user can also enter more details, for example, their exact location inside a building to make it easier for paramedics to find them.