The group's leader from Surrey said the hairs stood up on the back of his neck when he checked the ticket
Apr 22, 2021 12:10 PM By: Alan Campbell 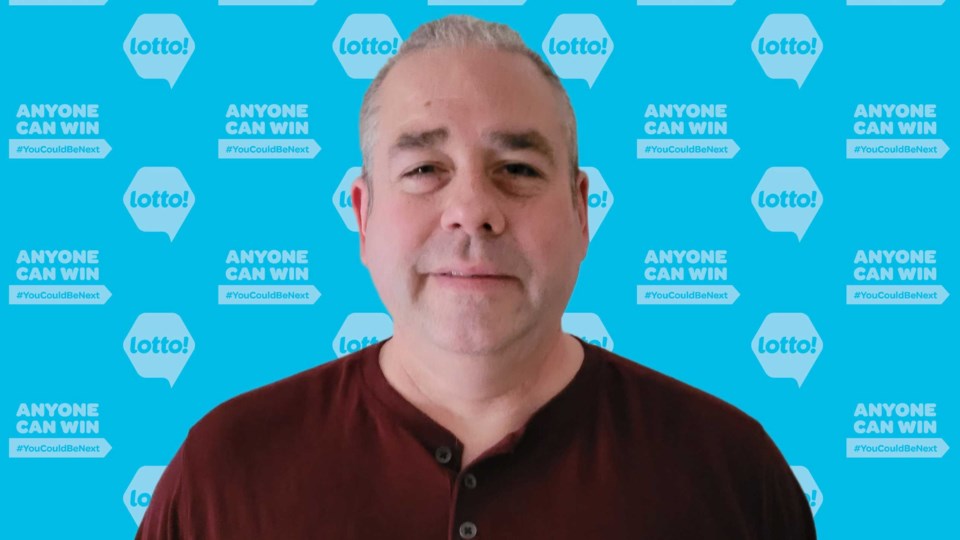 Russel Martin, of Surrey, picked up $500,000 on the lottery on behalf of his colleaguesBCLC photo

A group of workers from Surrey is celebrating this week after winning a share of $500,000 in the lottery.

The group’s leader, Russell Martin, said he was so surprised when realizing they had won that the hairs on the back of his neck stood up.

The group matched all four Extra numbers on a Double Dip Ticket Pack from the March 6 Lotto 6/49 and BC/49 draws.

Martin bought the ticket from Town Pantry on 64th Avenue, and was at 7-Eleven picking up a few items when he decided to check the ticket on the self-checker.

“I saw a whole pile of zeros and I didn’t think it was right,” he said.

“I quickly did the math and realized how much we each won.”

Martin couldn’t wait to tell a fellow group member during their drive to work, and then told the rest of the group once he arrived.

“No one believed me and everyone thought I was joking with them,” he added.

Martin and his co-workers have been playing together as a group for seven years and he said the win “means something to each of us and will change our lives in different ways.

“We are all excited and everyone has different plans for the money. Each one of us will be helping out our family.”