There's no word yet on when B.C. will restart its frontline worker vaccine program, which included childcare staff
Apr 9, 2021 8:46 AM By: Kirsten Clarke 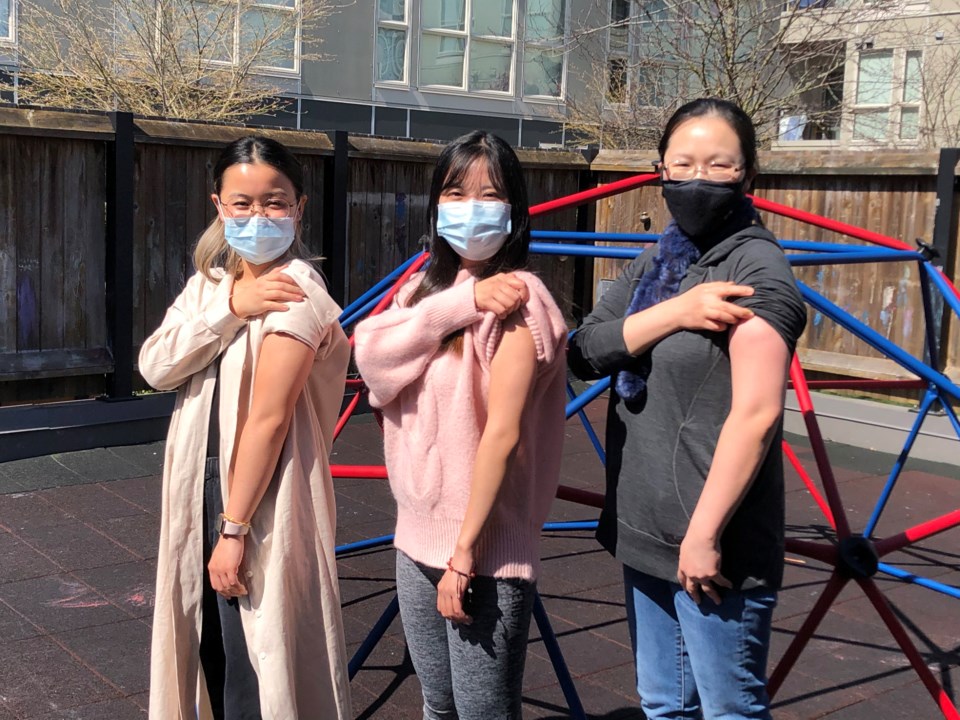 As COVID-19 cases continue to increase, the executive director of a Richmond-based childcare organization says vaccines are needed now for childcare workers – many of whom are in their 20s and early 30s.

“The level of anxiety amongst our staff has just skyrocketed,” said Nicky Byres of the Society of Richmond Children’s Centres (SRCC), which operates six centres in the city.

“I think that the change, with the variants, with the age group of people getting ill, where there are essential workers who are in that age range, I do think they should be prioritized.”

She added that early childhood educators are concerned, not just about getting sick themselves, but are also “so concerned about bringing COVID to the centre and to the children.”

As an essential service, childcare centres have been operating throughout the pandemic – but it was “a very difficult decision” for many of SRCC's educators to keep working, Byres said, adding she was hoping that “their bravery and commitment would have been recognized with an early vaccine.”

When B.C. first announced its AstraZeneca vaccine program for a long list of frontline workers – including early childhood educators – Byres said it was like “a weight was lifted off our shoulders.”

But that program was put on hold after concerns were raised about rare cases of blood clots in people under 55 who had received the AstraZeneca vaccine. The province’s supply is now being diverted to people aged 55 to 65, given through pharmacies in parts of B.C.

“It was such a brief moment, and the weight is back. Our staff are so young – they’re going to be among the last vaccinated now. It just feels like the long haul is just never ending,” said Byres.

However, she pointed out that there are other vaccines available in the province, which could be given to frontline workers now that older British Columbians, who were most at risk, have been vaccinated.

She’s also written to the B.C.’s Minister of Early Childhood Education to raise awareness about childcare workers’ need for vaccines – something that’s also important for families who need care.

“It would give them another level of assurance about safety for their children as well.”

The SRCC also faces the risk of losing educators if they aren’t able to access vaccines soon, Byres said.

“The whole system was fragile – we were in an HR crisis anyways, before the pandemic hit. And this is just pushing people to the brink of leaving their profession and getting out because it’s just too much.

“A vaccine for early childhood educators would make a big difference for use, broadly, in just continuing to operate and continuing to provide the essential service that childcare has been shown to be.”

The Johnson and Johnson vaccine may be arriving within the next few weeks – according to B.C. health officials’ Thursday update – however, there’s no word yet on when the frontline worker vaccine program will start up again.