The Fraser Basin Council is developing a regional flood management strategy for the Lower Mainland
Mar 16, 2021 9:30 AM By: Kirsten Clarke 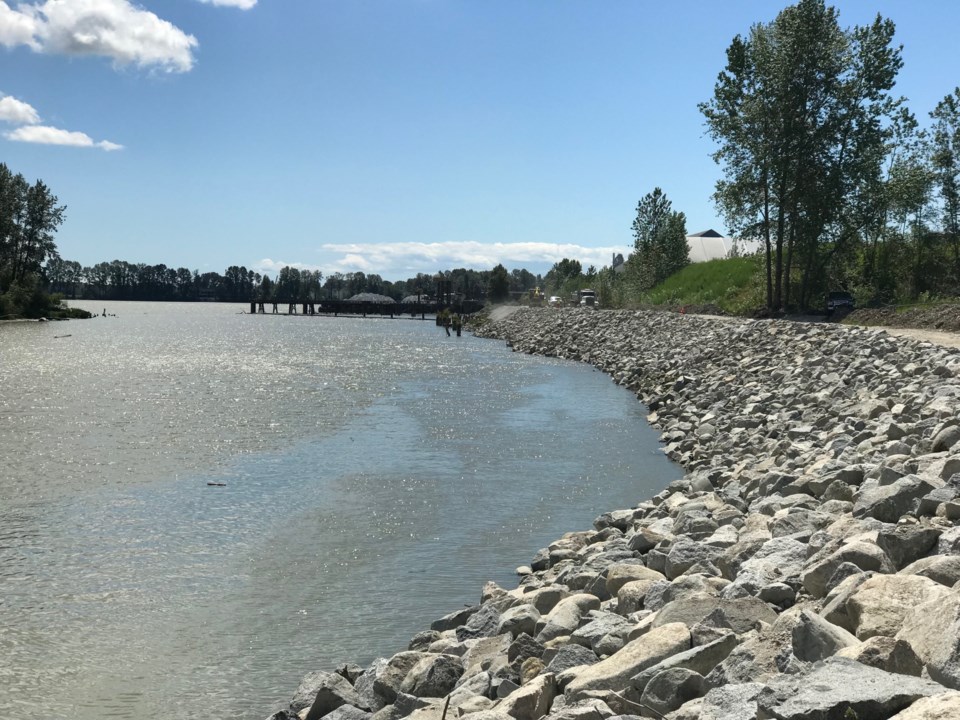 The City of Richmond believes flood protection should continue to be managed at the local level, rather than by a provincially mandated regional entity as proposed by the Fraser Basin Council. Richmond's dike infrastructure includes 49 km of dikes. City of Richmond photo

The City of Richmond is concerned a proposed regional body to oversee flood protection in the Lower Mainland could raise Richmondites’ utility fees.

Rather, it should be up to local governments to implement flood protection measures, according to a city staff report.

The Fraser Basin Council released a first draft of its Lower Mainland Flood Management Strategy (LMFMS) in late January, and has asked for feedback from member organizations by March 29.

Work began on strategy in 2014 to reduce Fraser River and coastal flooding. The first phase was completed in 2016 and focused on understanding flood scenarios, vulnerabilities and management actions across the region.

According to a city staff report going to council, the LMFMS draft outlines two major components: the establishment of a provincially mandated regional entity, which would oversee the implementation of the flood strategy, and the creation of a regional funding program administered by the regional entity.

While the report notes the Fraser Basin Council has completed important work and has helped raise awareness about flood protection challenges facing the region, it argues the adoption of a provincially mandated regional entity would impact local governments’ flood protection funding, planning and implementation.

“Any reduction in grant funding for the City’s flood protection works would result in an increase to utility fees or the requirement to borrow funds… Creation of a new entity would add bureaucracy without any discernible benefit,” the report reads.

“Fraser Basin Council has made the decision to include these two major components despite continued opposition expressed by the City of Richmond through the regional forum, several committee meetings and by way of written letter directly to Fraser Basin Council, regional Diking Authorities and the Province.”

According to the report, the city believes flood protection should continue to be managed at the local level, with additional support from senior levels of government. Funding should be established at the provincial and federal levels for flood management projects through diking authorities.

The city also believes the province should require diking authorities – which include local governments – to develop and maintain flood risk strategies for their regions.

This position was endorsed by Richmond city council in January.

However, according to the draft LMFMS, no existing organization has the capacity or responsibility to oversee the implementation of the regional flood strategy.

The entity would, for example, deliver regional technical, communications and education services on flooding and establish regional priorities for flood risk reduction.

“It is currently proposed that the entity would not assume the responsibilities of existing jurisdictions,” the draft reads.

The draft also states a regional funding program is needed, as current funding arrangements “are unpredictable, focus primarily on emergency response and recovery, and typically are available for a limited time period and for a relatively narrow set of eligible projects and activities.”

The LMFMS draft will be discussed at this afternoon’s (March 16) public works and transportation committee meeting.