Double whammy of bad bridge news for City of Richmond 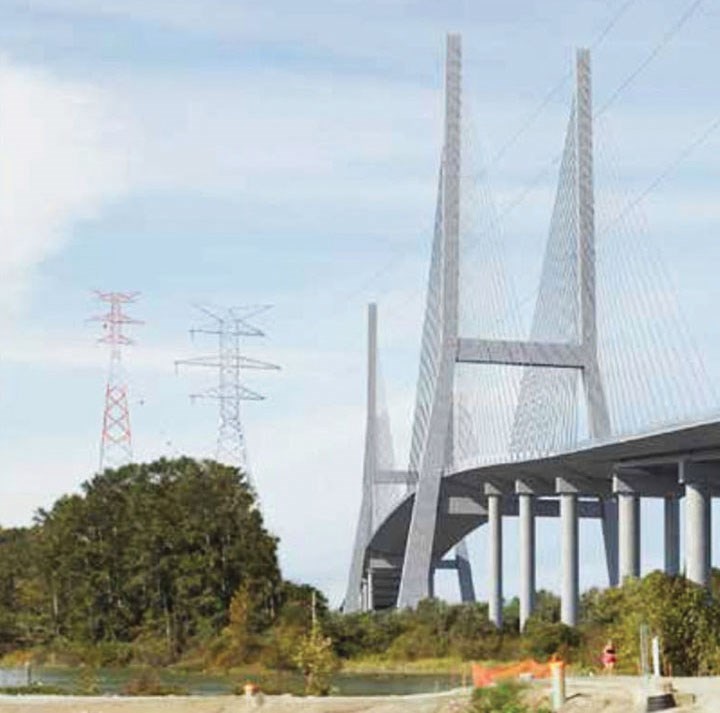 On the heels of receiving a letter from Canada’s Minister of Environment stating that the federal government would not conduct an environmental assessment of the proposed bridge to replace the George Massey Tunnel, Mayor Malcolm Brodie was hit with more — albeit expected — bad news.

On Thursday, Brodie stated he was disappointed yet unsurprised that the provincial government issued environmental approval for the 10-lane, $3.5 billion bridge.

“The concerns raised by Richmond about this project have continually been ignored throughout the public consultation and environmental assessment processes,” stated Brodie.

One of those concerns is the removal of the tunnel, which the City of Richmond contends will further industrialize the Fraser River, by allowing bigger ships to pass up and down the south arm, and increase pressure on development of farmland.

The Richmond News asked the provincial government last year why the tunnel must be removed. As is, it sits just beneath the river bed.

According to Geoff Freer, executive project director of the George Massey Tunnel Replacement Project, the four-lane tunnel cannot be left beneath the river because it poses a risk to dyke stability during an earthquake.

However, the City of Richmond is not aware of any special risks to the dykes associated with the tunnel.

The provincial environmental assessment certificate issued Thursday calls for the tunnel to be filled in beneath the dyke and the four connecting tubes to be dug up from below the river bed.

That leaves a Metro Vancouver water line standing in the way of deeper dredging for larger vessels. As well, significant dredging would be required at the river’s mouth. As such, the certificate does not assess the implications of such dredging, as tunnel decommissioning would not directly change the size of vessels using the river; the certificate only addresses the footprint of the bridge.

Brodie said it was his understanding that because the bridge towers are to be built on land, there was little reason for the federal government to intervene, as the project doesn’t directly impact the river, which is federal territory.

Steveston-Richmond East MP Joe Peschisolido did not return several calls by the News over the past week.

One of the pre- and post-election pledges Peschisolido and the federal Liberal government made was to strengthen the federal government’s environmental review process, which critics, including the Liberal Party in opposition, claimed was watered down by the Conservatives, as it grants more power to provinces and fails to account for broader environmental impacts, such as climate change.

Environmentalists have condemned the bridge plan.

“Once again the government has decided to ignore the reality of climate change in its infrastructure decisions,” said Peter McCartney, Wilderness Committee Climate Campaigner Thursday, via a statement.

“Why are we starving transit while highway expansion gets priority? Imagine how far $3.5 billion would go towards more bus and SkyTrain service,” said McCartney.

But Minister of Transportation Todd Stone disagrees with arguments such as McCartney’s. Stone said the “green bridge” reduces idling (a key finding of the environmental assessment) at the existing bottleneck.

The certificate comes with 33 conditions, including establishing fish habitat in two nearby sloughs.

Brodie maintained the bridge contradicts a regional transportation plan set forth by nearly all of Metro Vancouver’s mayors, save for Delta mayor Lois Jackson, who supports the bridge.

Brodie said the last remaining obstacle to the bridge may be a new government in Victoria.

The BC NDP has not stated outright that it will end the bridge project, if elected in May.

“I have not heard them say they are dead set against it,” said Brodie.

But when pressed to answer “yes” or “no” to supporting the bridge, Horgan stated: “I’ll side with the communities every time . . . It’s not a priority for the region.”

Brodie, who supports the idea of a cheaper replacement tunnel, said he also still holds out hope that there will be further dialogue between the province, Metro Vancouver and municipalities.

Furthermore, if the bridge does go ahead, Brodie said it will further complicate plans to establish regional tolling (road pricing), which he supports, or even a blanket $1 bridge crossing toll, as has been proposed, to pay for transit-related projects.

“The problem is with multiple jurisdictions of these bridges. You’ll have federal bridges, bridges owned by TransLink, the provincial government, cities. . . Then there are private sector partnerships. These private companies demand repayment, as well,” explained Brodie.

The bridge’s tolls have yet to be announced. The bridge’s initial cost is higher than the Port Mann Bridge and traffic projections show it will see less traffic.

The City of Richmond also objects to losing parkland and farmland to expand Highway 99. Furthermore, there appears to be no plan to ease congestion at the Oak Street Bridge, leading to concerns of congestion simply moving from Delta to Richmond during the morning rush hour.

The city also opposes the bridge on grounds that it is a “visual blight.”

As part of the project, BC Hydro will also be installing power line towers, as the existing lines will be removed with the tunnel.