The province is committed to having a business case on a preferred option for the George Massey Tunnel replacement by the end of 2020, but two Delta councillors remain dismayed by all the delays.
Dec 1, 2019 5:35 PM By: Ian Jacques 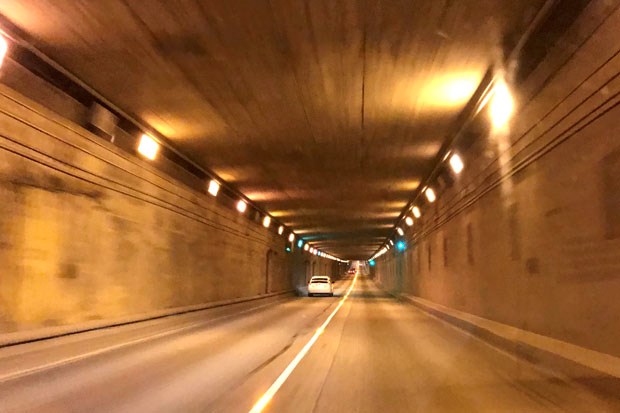 A file photo of the George Massey Tunnel.file photo/Delta Optimist

The province is committed to having a business case on a preferred option for the George Massey Tunnel replacement by the end of 2020, but two Delta councillors remain dismayed by all the delays.

Representatives with the province’s Ministry of Transportation and Infrastructure made a presentation to Delta council Nov. 25 to discuss the replacement plan. Lina Halwani presented the project plans to date, options on the table and next steps, adding stakeholder, municipal and First Nations engagements are ongoing.

“We also plan to hold public information and engagement sessions which will be widely advertised,” she said. “We are on track to deliver a business case by the fall of 2020. In addition to the work on the long-term solution, planning is underway on short-term improvements.”

In her presentation, Halwani alluded to the recent Metro Vancouver board decision to recommend an eight-lane immersed tunnel.

Following a debate last month, Delta council voted in favour of a motion put forward by Coun. Lois Jackson to ask Metro Vancouver and the province to provide more information so the public could get a better idea about the tunnel proposal.

That information should include projected traffic volumes, the expected lifespan of the new structure and costing details, among other things, Jackson said, points she reiterated to the transportation officials.

“I’m really not sure where to start,” said Jackson. “There are so many things that are not included in this presentation, so much information and so many unanswered questions.”

Frustrated the 10-lane bridge that was about to be constructed was scrapped by the new provincial government, Jackson expressed other concerns, including the length of the environmental assessment process for a new tunnel.

“It’s still unfortunate that we are in this situation. I’m of the belief that we have a project that should have been halfway built by now, instead we are continuing to have discussions that we have had over and over again and residents are in gridlock every day and won’t have relief from that gridlock for another decade,” said Kruger.

“We will go an entire term of this government without having a single shovel in the ground. I’m disappointed by the fact that consultation has taken as slow as it has and we are going into some more rounds of consultation. I hope we can work with you to expedite this process as quickly as we can.”

Meanwhile, the BC Trucking Association has weighed in on the current option, saying it can’t support an eight-lane tunnel replacement. BCTA president and CEO Dave Earle said the association hopes the province will choose a different option.

“We’ve already heard many arguments opposed to the tunnel. Not only will it add extensive costs and delays to the project, it will have a significant environmental impact on the Fraser River,” said Earle. “There’s also the fact that the eight-lane tunnel won’t address one of the main problems with the existing tunnel: congestion.”

Earle said from a goods movement perspective, the association would prefer a replacement bridge.