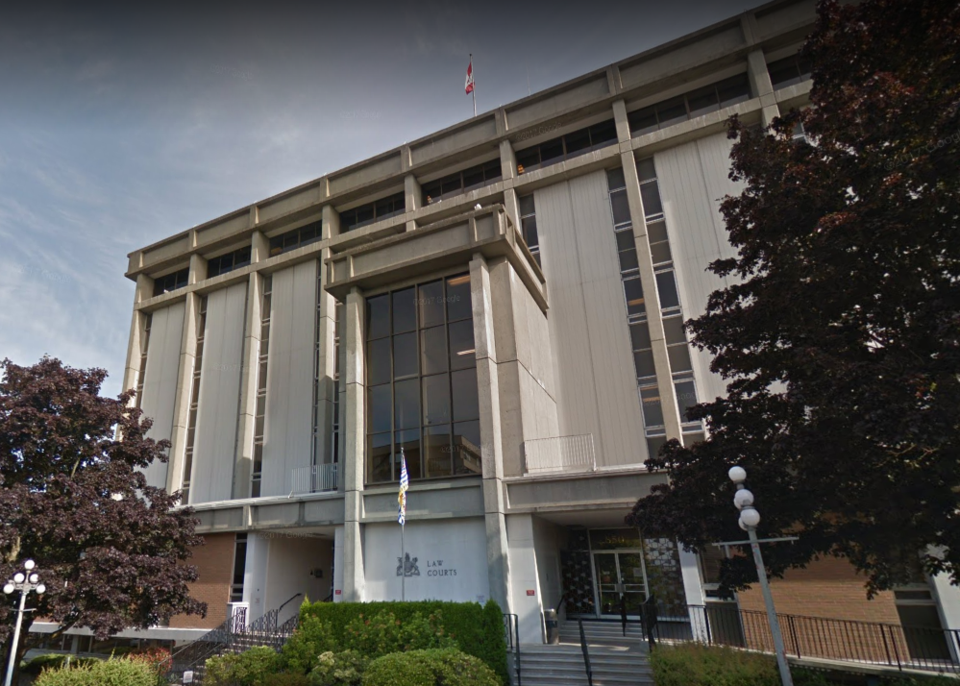 The Cowichan Nation Alliance has laid claim to roughly 780 acres of publicly-owned land along the south arm of the Fraser River in Richmond, near Triangle Beach. The case is currently taking place in B.C. Supreme Court in Victoria, pictured above.Google Maps

Nearly 200 years ago, before Richmond existed, an Indigenous settlement containing over 108 longhouses sat along the south arm of the Fraser River, according to the Cowichan Nation Alliance (CNA).

The CNA — which is based around the Cowichan Valley on Vancouver Island — have since laid claim to roughly 780 acres of publicly-held land near Triangle Beach, now at the centre of an ongoing B.C. Supreme Court case.

This area, according to court documents, made up a portion of the approximately 1,846 acres of traditional village and surrounding land along the river’s south arm — known as the Lands of Tl’uqtinus — and  was “exclusively occupied” by the Cowichan, including when Canada issued grants for those lands.

Other court records state both Richmond and Canada deny this.

The CNA — made up of the Cowichan Tribes, Stz’uminus First Nation, Halalt First Nation and Penelakut Tribe — is also seeking the right to fish the south arm of the Fraser River for food.

The Lyackson First Nation, which is also a member of the CNA, support the case but is not a plaintiff.

The case, which was initiated in March 2014 against Canada, B.C. and the City of Richmond, is now entering month five of a trial that is expected to run throughout the year, according to David Robbins, one of the lawyers representing the CNA.

The court case is taking place in Victoria.

Vancouver Fraser Port Authority, along with Musqueam Indian Band and Tsawwassen First Nation — which both have rights to fish the south arm of the Fraser River — have also been named as defendants.

According to the Cowichan Tribes — which has over 5,000 members and is the province’s largest First Nations community — their traditional territory spanned over 370,000 hectares, ranging from Vancouver Island to the south arm of the Fraser River, and as far south as Washington State.

The vast settlement in Richmond, with its many longhouses, was first observed by Hudson Bay Company officials in 1824, according to the CNA.

But when the first native reserves were created in 1859, the chief commissioner for the lands for the colony of British Columbia, Colonel Richard Moody, failed to finalize the village and its surrounding land as a Cowichan Indian Reserve, according to a press release by CNA.

“Instead, (he) surreptitiously took part of the lands for himself,” reads the release.

According to court documents, approximately 80 of the 780 acres claimed in the case by CNA are owned by Richmond, while the remaining land is owned by the federal government and the port authority.

“Our homeland was stolen from us. We want the lands that are held by the government returned to us,” said Cowichan Tribes Chief William Seymour in the release.

While court documents note that the Vancouver Airport Fuel Delivery Project — approved by the federal and provincial governments in 2013 — runs through some of the disputed land, Robbins said the case doesn’t affect the project.

Other court documents filed by the federal government state there was “extensive consultation with each of the plaintiff First Nations,” and the CNA did not oppose the project.

Cowichan Nation is also not seeking to recover any privately-held lands in the court case, said Robbins. Rather, said Robbins, CNA is “seeking a negotiated reconciliation with British Columbia” for those lands.

The nation’s plans for the publicly-owned 780 acres “are to be determined,” said Robbins.