A Richmond woman confessed to undercover police that she used box cutters to slash the throat of a friend who she believed was having an affair with her husband, a jury heard Wednesday.
Oct 13, 2011 1:00 AM By: Keith Fraser 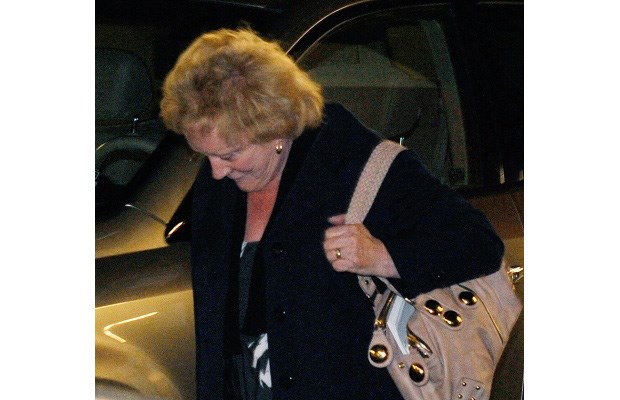 Jean Ann James leaves B.C. Supreme Court in Vancouver on Wednesday. James is on trial for the murder of Gladys Wakabayashi, whose throat was slashed in 1992.Submitted

A Richmond woman confessed to undercover police that she used box cutters to slash the throat of a friend who she believed was having an affair with her husband, a jury heard Wednesday.

Jean Ann James was 69 years old when she was arrested in December 2008 and charged with first-degree murder in the June 1992 slaying of Gladys Wakabayashi, 41, the daughter of a Taiwanese billionaire.

Prosecutor Jennifer Horneland told the jury that police did not have sufficient evidence to lay charges following their initial investigation.

The case lay cold until 2007 when the file was reviewed by the unsolved-homicide investigation unit.

At a meeting in Montreal with police posing as members of a criminal organization, James confessed to the murder.

A few days after learning this, she told Gladys Wakabayashi that she had a gift for her and would like to bring it to her home.

Horneland said James was sneaky and parked her car five blocks away from the victims home on Selkirk Street in Vancouvers posh Shaughnessy neighbourhood, then walked down the lanes rather than on the sidewalks to get to the residence.

She put a necklace, which was the gift, around Mrs. Wakabayashis neck and slit her throat with a boxcutter, she said.

You will hear Jean James explain that Gladys Wakabayashi struggled, so she told Gladys that she would call an ambulance if she would give a truthful account of the affair.

The prosecutor said the accused had no intention of calling an ambulance and slashed the victim on the legs because she wanted to get information from her, including how long the affair had lasted.

The autopsy revealed that the encircling neck wound was the cause of death, she said.

A blood-spatter expert is expected to testify that Wakabayashi died while in a seating or leaning position.

The Crown counsel said that 33 witnesses will be called including the Wakabayashis former husband, her daughter and her brother, as well as friends and acquaintances of the victim.

Court will hear that the slaying was discovered after the victim had failed to pick up her then-12-year-old daughter from school, said Horneland.

The daughter phoned her father, who picked her up and returned to the home, where the victims body was discovered in the master bedroom, she said.

Raj Basra, a lawyer for James, cautioned the jury to remember the presumption of innocence for an accused.

He said the central issue at trial will be the reliability of the confession.

Be critical about what you hear and ultimately keep an open mind in this case.

The first witness, Edward Parker, 81, the victims former piano teacher, told the jury he felt very apprehensive when she failed to show for her regular one-hour long lesson.

He said he phoned the Wakabayashi residence but could only get a recorded message.

I thought that was strange. She was very precise about appointments ... I felt there was something very serious happening.

Parker said it wasnt until the next day that he was told the tragic news.

He described his former pupil as a very gentle, soft-spoken woman who didnt initiate conversations.

She was a little bit shy. We didnt go for coffee at all. She had her lesson. It was an hour long and then shed be on her way.