Clear the snow off your cars: Richmond RCMP 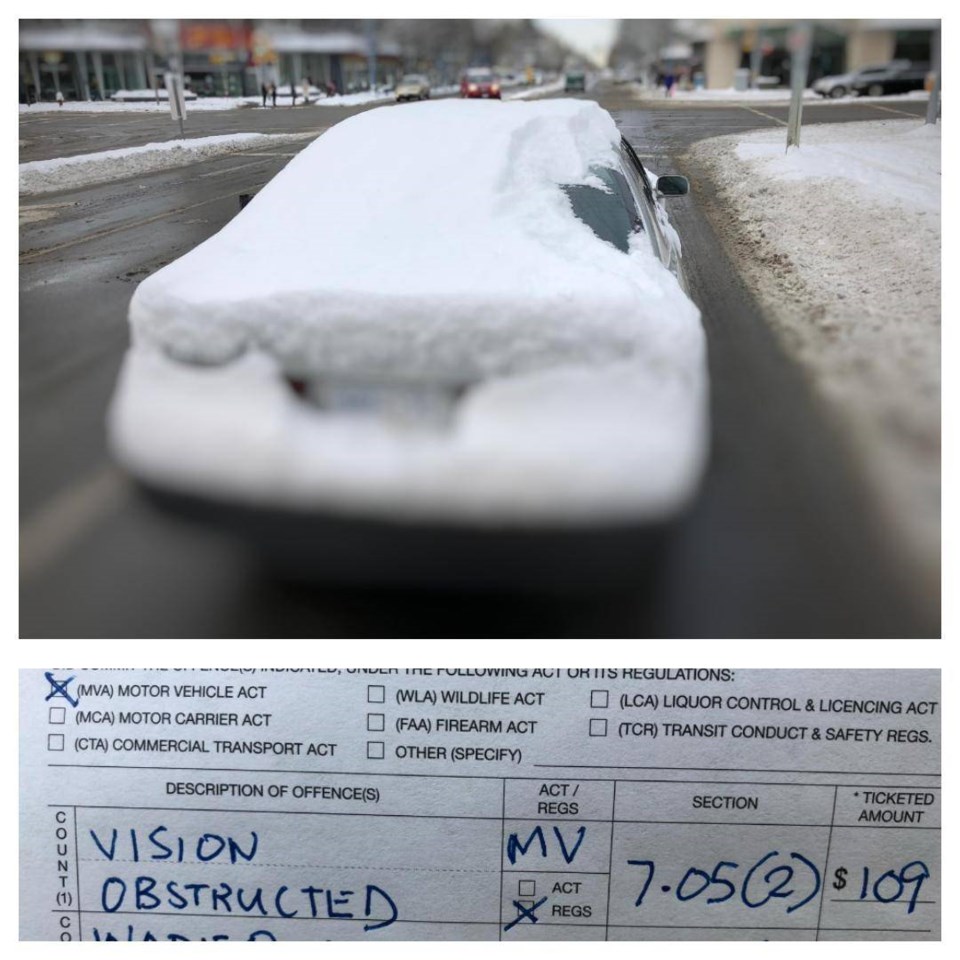 This driver was fined $109 for failing to clear the snow off their car. Photo: Richmond RCMP

Mounties are reminding Richmond drivers to clear the snow off their vehicles before heading out on the roads.

The Richmond detachment posted a photo to Twitter Monday showing a driver who received a $109 ticket for failing to do so. The dark sedan was covered in several centimetres of snow, with only a tiny portion of the back window cleared.

“For safety’s sake, please take a few moments and clear all of your windows of snow,” the tweet read.

For safety's sake, please take a few moments and clear all of your windows of snow. pic.twitter.com/4w5KwdtT48

Delta Police joined in on the call, adding a $10 brush to clean the snow off your car is much cheaper than a fine.

$10 brush or $109 fine? If you head out today with snow-covered windows, or headlight or taillights covered by snow, that’s the fine you could face. The offence is ‘Drive While View Obstructed’ and it applies to your front, rear AND side windows.#DeltaPoliceDepartment #DPD pic.twitter.com/ct5dYEi8To

Richmond received a dump of fluffy snow on Sunday, and a snowfall warning remains in effect for the additional 10 to 15 centimetres expected Monday afternoon.

The City of Richmond has plows out on the major routes, although residents were still complaining about the icy conditions and lack of consideration from fellow drivers on social media.