The City of Richmond has issued a notice of default to composter Harvest Power, which now has 30 days to remedy its ongoing odour issues or face early termination of its contract with the municipality.
Feb 28, 2017 11:50 AM By: Graeme Wood 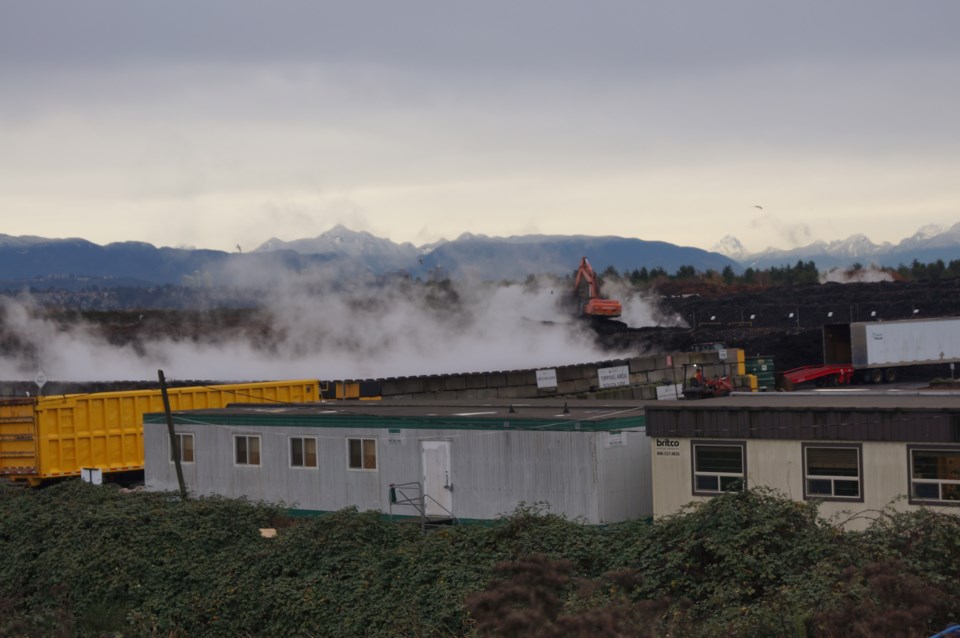 The City of Richmond has issued a notice of default to composter Harvest Power, which now has 30 days to remedy its ongoing odour issues or face early termination of its contract with the municipality.

And while there has been a significant drop in odour complaints in Richmond during the past month, the jury is still out as to whether or not Harvest Power’s stink has truly been vanquished.

“We have [definitely been] seeing improvements with respect to odours. They are a result of all the operational changes we have put in place over the past several months,” said Harvest Power spokesperson Stephen Bruyneel.

Ray Robb, Metro’s district director for air quality, said the company’s actions four months ago have likely contributed to the reduction in odours.

Robb said air quality officers have not observed odours in the past two weeks, beyond a five-kilometre radius of the facility.

“I’m not saying it doesn’t happen, but our officers aren’t there when it does,” added Robb.

He cautioned, however, that February is typically a low season for odours because organic material is colder and there are fewer gases being emitted from compost piles. The most odorous months are late summer and fall, when there is less yard waste to aerate the warm compost heaps.

February is “always the low time of season for complaints. Spring is not usually too bad either,” said Robb.

Mayor Malcolm Brodie said Tuesday that the notice of default should apply to any subsequent complaints this year.

“We are not prepared to assume that the reduction in odour complaints is the result of Harvest Power having fixed the problem. We are assuming the problem is ongoing and must be rectified,” said Brodie.

Brodie said the notice puts in motion a legal mechanism to potentially end the shipment of roughly 19,500 tonnes of organic waste collected by the city and sent to Harvest Power in east Richmond, annually (this is waste from single-family homes, as obliged by the contract. The city has already diverted multi-family residential organic waste to another facility in Delta).

The city’s contract with Harvest Power expires in 2019, however, if terminated early, the city’s organic waste — which only represents about 10 per cent of all of Harvest Power’s intake — would be diverted to another regional compost facility, noted Brodie.

On Tuesday, Bruyneel said the company was disappointed with the notice and will need time to review it.

Recently, the City of Vancouver has voluntarily diverted its organic waste containing food scraps away from Harvest Power, added Brodie, who is also optimistic a new compost facility in Surrey will further alleviate Harvest’s intake.

Metro Vancouver reports that it underwent a similar review of its contract with Harvest Power, however, unlike the City of Richmond, it found that the composter was compliant.

In January, Harvest Power was issued a new air quality permit to 2020, by Metro Vancouver. The permit requires Harvest Power to abide by a “sniff test” by Metro officers. Presently, the composter is not able to produce odours beyond a five-kilometre radius for more than 10 minutes, on four separate days in any two week period, without having to shut down organic waste intake.

The federal government states that it has no jurisdiction on the matter.

Air emissions are regulated by the provincial Environmental Management Act, which delegates power to Metro Vancouver, a regional government steered by board consisting of municipal politicians.

Local MLAs in Richmond have stated the matter is up to Metro Vancouver to resolve.

The odours have plagued Richmond residents for approximately five years, although they are thought to have become worse in 2015, when Metro Vancouver began diverting residential food waste from the landfill to composters such as Harvest Power.

As shortened version of this story appeared in the Richmond News