No money saved on a twinned tunnel, but more focus on light-rail infrastructure
Jul 25, 2017 10:32 AM By: Graeme Wood 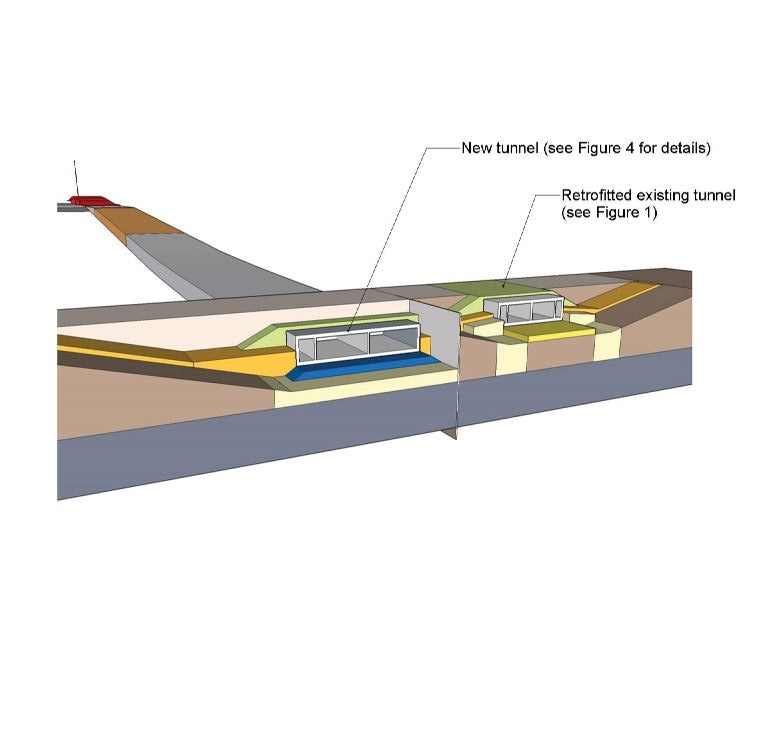 An artist's rendering of a twinned tube beneath the Fraser River. Note, that this is a six-lane tunnel, not a four-lane tunnel, as proposed by Richmond's transportation department. Source: MMM Group consultation for B.C. Ministry of Transportation.

The majority of Richmond city council is asking the new provincial government to consider two options to twin the George Massey Tunnel and scrap a proposed 10-lane $3.5-billion bridge.

But Coun. Alexa Loo finds herself on the outs on the matter, and about as lonely as the single occupants lined up past Highway 91 to travel through the tunnel on any given evening.

“I don’t want to be the one to have to say to all those people sitting in traffic, ‘You should sit here for another 10 years before anything is going to happen, because we want a lot of time and money spent re-evaluating this,’” said Loo at a committee meeting Monday.

Meanwhile, the rest of council has resolved to send a letter to Premier John Horgan, and various neighbouring municipalities and authorities, to consider two new tunnel options, both of which utilize a seismically upgraded George Massey Tunnel and installation of light-rail infrastructure.

The first option, as proposed in a staff report, sees a two-lane tunnel being built for $3.1 billion. The second option would be a four-lane tunnel costing $3.5 billion. Combined with a seismic upgrade of the existing tunnel, commuters would have a total of either six or eight lanes to travel through.

“We save farmland,” argued Coun. Harold Steves. But, “we’re not getting bike or pedestrian lanes,” countered Loo.

Save for Loo, councillors seemed to be on board with taking a more serious look at accelerating light rail infrastructure at the crossing.

Loo argued the proposed bridge could also serve trains. However, Richmond’s Director of Transportation Victor Wei noted the proposed bridge’s gradient is too steep and there are few details, other than stated intentions, on how a light-rail system would be installed and function.

Both tunnel options are said to complement more mass transit options (HOV and bus lanes) and fall more in line with the transportation plan of Metro Vancouver’s Mayors’ Council, which views the proposed bridge as an accelerant of single-occupant vehicle use and contrary to climate change goals.

“Very soon you’ll see a 10-lane bridge all clogged up for the next generation,” Wei told the committee.

Loo counter-argued many of Wei’s points, such as the need to limit truck traffic during rush hour, which she said could mean trucks having to make deliveries at 3 a.m.

Wei noted there are many unknowns for the project. His report asks the province to look at any new crossing through the lens of a road-pricing system.

Wei also said true costs of the proposed bridge are still unknown, particularly when it comes to creating a stable footing on the silty banks of the river for the two bridge towers.

Those towers are visually unappealing, according to Mayor Malcolm Brodie. As are two proposed $75 million BC Hydro transmission lines that will be needed if the Massey tunnel is decommissioned.

Wei said if a twinned tunnel with light-rail infrastructure is chosen, planning would effectively reset the existing bridge project, meaning an estimated four-year delay. Retrofitting the tunnel would take about four years as well, noted Wei.

Bridge supporter Coun. Ken Johnston appeared to hold his nose and vote to send the report to the province.

“I’m struggling with the options,” said Johnston, who pointed out to Brodie that the mayors’ 10-year plan makes no mention of improving the crossing.

“Two months ago, the bridge was the only option. We have a new reality (government) now. I’m happy to look at other options.”

But, “I’m fearful this will get bogged down in more reports,” said Johnston.

Brodie said, had the past BC Liberal government listened to Metro Vancouver from the outset, the matter could have been resolved.

“We have been disregarded and ignored,” said Brodie.