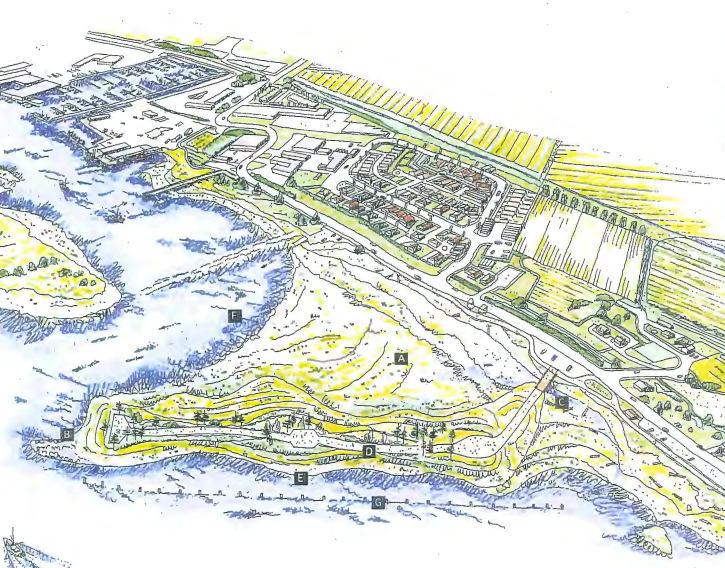 This week, Lesley Douglas, the city’s manager of sustainability, told city council that environmental reviews led by the port (PMV) for some projects being proposed on federal land surrounding the Fraser River do not consider the City of Richmond’s bylaws or its future planning guidelines. Nor are there clear rules for consultation between the city and the port for small and medium sized developments.

Coun. Harold Steves, at a council meeting on Monday, contended, as an example of the apparent miscommunication between the two entities, that the city could be losing a valued riverfront park, Gilbert Beach, between Gilbert and No. 2 roads on the south arm dyke.

At issue is the port’s insistence on upgrading the habitat area along the shoreline by building a marsh, effectively cutting off Steveston Channel at the south tip of Shady Island.

Steves charges the port is moving ahead with the plan without considering upgrading the beach or the city-owned boat launch.

Steves said runaway logs have destroyed the beach after the port failed to maintain a protective barrier over the past decade.

“Since the sheer boom has gone kaput, our beach is no longer such a sandy place but covered with logs,” said Steves, who wants the port to consult with the city on the marsh habitat project (which PMV will be credited for in order to develop other parts of the Fraser River estuary).

On Monday, council unanimously objected to the port’s habitat plan with a resolution.

Douglas noted environmental reporting powers have been handed over to the port since the federal government amended the Canadian Environmental Assessment Act in 2012. She stated it remains unclear how the city is to be notified on small or medium sized projects proposed by the port that impact city and provincially-owned land.

“There appears to be no reference to or coordination of the processes for projects spanning areas of foreshore under jurisdiction of both governments,” stated Douglas.

Coun. Bill McNulty said Richmond appears alone in its battle to have the port improve its operations.

He took an apparent shot at Delta Mayor Lois Jackson, who has generally supported port projects along the river and who backed former Conservative MP Kerry Lynne-Findlay.

“I doubt very much that a certain mayor across the water from Coun. Steves’ home is jumping up and down,” said McNulty.

The report can be found here.

Jogger attacked by owl on Richmond's West Dike Trail
Dec 3, 2020 2:54 PM
Comments
We welcome your feedback and encourage you to share your thoughts. We ask that you be respectful of others and their points of view, refrain from personal attacks and stay on topic. To learn about our commenting policies and how we moderate, please read our Community Guidelines.