Canadians appear to be warming up to moving closer with the Asia-Pacific region this year - just as Canada’s relationship with the United States seems to be suffering a rapid deterioration - according to the latest national poll by the Asia Pacific F
Jun 5, 2018 11:26 AM By: Chuck Chiang 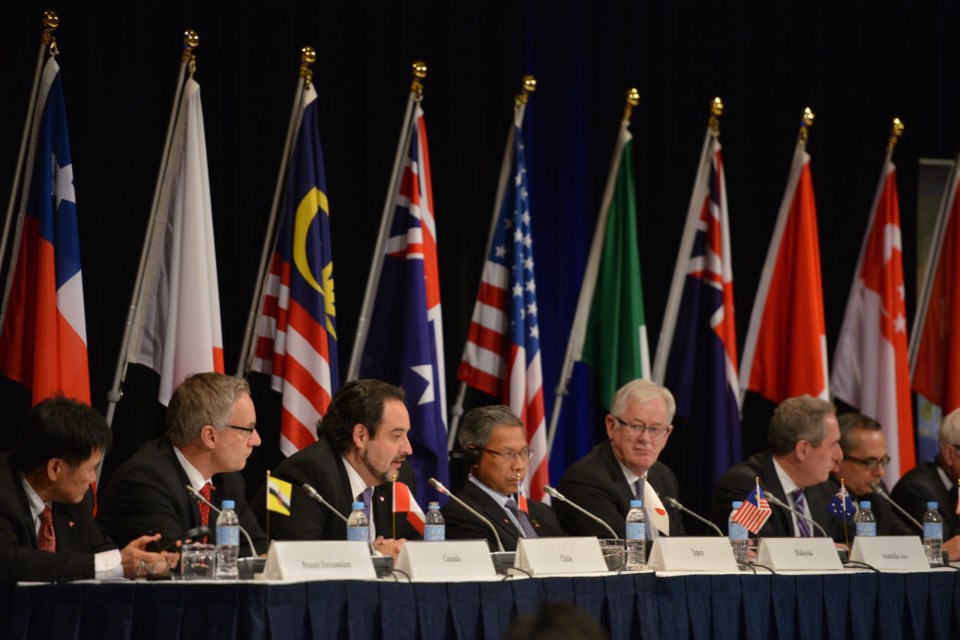 Canadians appear to be warming up to moving closer with the Asia-Pacific region this year - just as Canada’s relationship with the United States seems to be suffering a rapid deterioration - according to the latest national poll by the Asia Pacific Foundation of Canada.

But while Canadians seem to be increasingly recognizing the economic importance of large Asian economies like China and India, the poll results also show most respondents want Canada to uphold its own values on the environment, labour standards, democracy and human rights when doing business with Asia.

These results - compiled from a pool of 3,561 Canadian adults on Canada’s relationship with Asia - show a growing maturity in Canadians’ general understanding of the region and its complex identity, with fewer people viewing the continent as a single monolith as opposed to a collection of vastly different markets, said Eva Busza, vice president of research and programs at the Asia Pacific Foundation.

“I think, as a population, the results reflect a lot more sophistication - not only in the understanding in that there’s a little bit of this tension, but also in other aspects,” Busza said. “People had very different attitudes and responses to countries like Japan and South Korea, and people are seeing them as different as a place like China, for example.”

That contrasts sharply with the numbers for the United States, where a whopping 80 per cent now says the relationship with Canada is deteriorating. As recently as 2016, that figure was as low as 20 per cent.

Although researchers have placed certain stock in the international notoriety of U.S. President Donald Trump (inaugurated in January 2017), many also placed blame on the White House’s protectionist policies and anti-immigration stance. The latest of that approach to hit Canada was the announcement in late May that the United States will impose 25 per cent steel tariffs and 10 per cent aluminum tariffs on markets like Canada, foregoing a previous exemption.

APF researchers say there does appear to be a correlation between uncertainty in U.S.-Canada relations and rising interest in Asia and the European Union, but added that Canadians also face a certain dilemma of not necessarily liking the markets they feel are the most important to economic growth.

For example, the report shows that, on a 1-10 scale, Japan scored a 7 on the “degree of warm feelings” for Canadians toward an international market. China and India, meanwhile, scored 4.9 and 5.7 respectively.

But another data set that indicates (on a 1-7 scale) Canadians’ assessment of a market’s importance to Canada’s prosperity showed Canadians put China (5.6) squarely at the top of the list, followed by Japan (5.1) and India (4.9).

“There’s a nuance there that also requires some thought,” Busza said. “What we see is that there’s no question that Canadians see the Asian opportunity, but it’s sort of a bitter pill because the countries they are lukewarm about - say, India and China - are actually the ones Canadians recognize as being the most important for our future economic prosperity.”

Further complicating the issue is Canadians general support of including “progressive” values and standards in free-trade deal negotiations with Asian partners. While support for FTAs with Asian markets are generally around or above 60%, the majority of Canadians also support “progressive” trade agendas pursued by the Justin Trudeau government (which address labour, environment, gender and minority rights) in these negotiations.

Canadians feel the strongest in including these elements directly in trade deals such as a bilateral deal with China (50 per cent support), deal with India (47 per cent), and in the Trans-Pacific Partnership - TPP-11, or CPTPP, which includes Japan - at 46 per cent.

That means that Canadians are, in general, supportive of Trudeau’s efforts on those fronts - efforts that nearly scuttled Canada’s inclusion in TPP-11 last year as it angered Japan, all while bringing bilateral talks with China to a standstill. And that is not counting the survey’s findings that more than 80 per cent of Canadians polled felt Canada should either be a leader or partner in engaging environmental issues in Asia, as well as advancing democracy and human rights.

“The complexity is, what happens when countries push back and say, ‘No, we won’t accept those terms,’” Busza said. “That’s really the policy dilemma that government and the Canadian public has to face, because we can’t just dictate the terms of these agreements.

“We have to keep trying, but we have to understand what our Plan B is. We have to get the public to understand the challenges that we may encounter if we push too hard. That’s where our conversation has to go now,” she added. “What we have to say is that different choices will have different consequences, and really understanding those consequences is important before the Canadian public can decide in which direction they want to go.”

The full report can be found on APF Canada’s webpage at http://www.asiapacific.ca.