Canada only trying to ‘manage the problem with Indigenous Peoples’: Wilson-Raybould 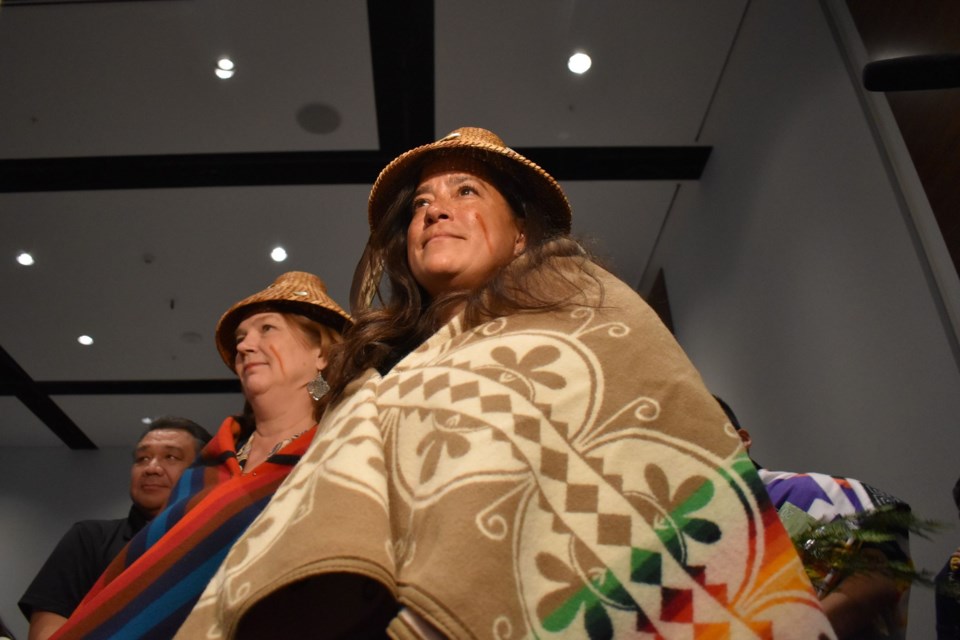 Speaking in front of the First Nations Justice Council in Richmond Thursday, former justice minister Jody Wilson-Raybould accused former cabinet colleagues of “falling back” on commitments made on reconciliation with Indigenous communities.

Wilson-Raybould’s presentation was the keynote address for an intensive, two-day forum at the Westin Wall Centre aiming to change the relationship between First Nations peoples and the criminal justice system.

“While steps forward are being taken, they are not happening as coherently, systematically and quickly as is needed to set us on a proper and necessary path based on rights recognition,” Wilson-Raybould said.

“My fear and disappointment is that despite sounding the alarm, providing advice, pushing and challenging, sharing perspectives of lived Indigenous experience, providing a lens into the reality of being Indigenous, the federal government has fallen back once again into a pattern of trying to, quote, ‘manage the problem’ with Indigenous Peoples.”

Instead of management, Wilson-Raybould called for change.

“In my view, it is never appropriate or proper to have, as a rule, managing the challenges and the by-products of colonialism,” she said. “The goal has to be right the wrongs, to address the wrongs, to change patterns, transform the foundations and all that we do must be framed to achieve these goals.”

Wilson-Raybould was joined by former cabinet minister Jane Philpott at the forum, who also spoke, calling for the “full implementation” of the United Nations Declaration on the Rights of Indigenous Peoples, funding for housing on reserves and training for Indigenous health professionals.

“There’s much more work to be done to educate Canadians about the truth, the history of this country,” she said. “As a person who was educated in Canada, I’m ashamed of how little I understood about Canada’s colonial past…we have a long way to go to convince all Canadians of the urgent need for reconciliation.”

Wilson-Raybould and Philpott have made national headlines since the start of the year after they were removed from the Liberal party caucus earlier this month, which followed Wilson-Raybould's resignation from cabinet in February, shortly after she was moved out of the justice portfolio.

At the conclusion of her address, Wilson-Raybould called for a bold shift in government.

“Reconciliation reminds us how desperately a different form of politics is needed in this country, one with a new political culture. Reconciliation is a challenge that is vital to the survival and wellbeing of children, women and communities across this country,” she said.

“To meet this challenge, hard choices, innovative actions, transformation in laws and policies, new understandings and attitudes and new patterns of behaviour are needed…I’ve heard from Canadians across the country yearning for this new kind of politics and in this regard, I think we, as Indigenous Peoples and leaders have much to share and teach the rest of the country.”