Bureaucrats will hold off on a major construction contract to build the George Massey Tunnel replacement bridge until a new government gives the OK
May 30, 2017 3:56 PM By: Graeme Wood 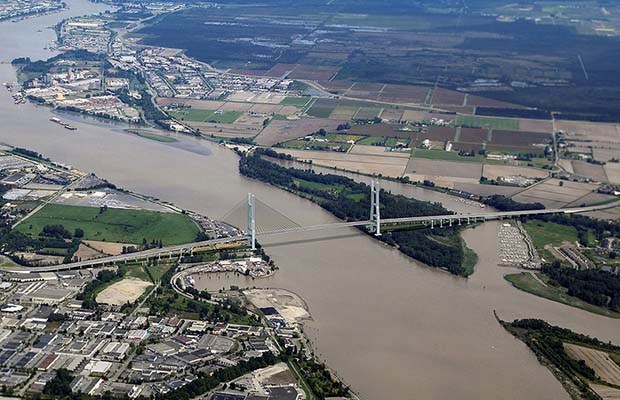 Until a new provincial government is formed, no major construction contracts for the George Massey Tunnel replacement project will be signed.

According to the Ministry of Transportation the process to award the major construction contract, valued at close to $3.5 billion, is still underway, and it expects to have its preferred contractor by this summer, should the government choose to proceed.

But the Ministry is in a wait-and-see situation and will not sign any contract without the express consent of the government, which may enter a period of transition.

This means the 10-lane bridge to replace the tunnel may not be constructed after all, should the BC Green Party and BC NDP form government and choose to scrap the BC Liberal-favoured project.

Both the New Democrats and Greens have rejected the bridge in the past, instead stating they would support the regional Mayor’s Council transportation plan.

They repeated as much on Tuesday, when they released their joint agreement to have the NDP lead a minority government. Meanwhile, Premier Christy Clark told reporters Tuesday she would test the House as early as June, although she expects to lose confidence in her government, granted the NDP-Green agreement.

Prior to the election campaign, NDP leader John Horgan said he wanted to keep his options open and reassess the project. During the campaign, all four Richmond NDP candidates said they would prefer a twinned tunnel. Green candidate Michael Wolfe favoured adding an LRT line to Surrey, along the corridor.

The mayors' plan and the bridge proposal are mutually exclusive, according to Mayor Malcolm Brodie because building the bridge would negate efforts to reduce single-occupancy vehicle use in the region, which is critical to the plan, which foresees expanded rapid transit services.

Brodie has been a proponent of a smaller project, such as twinning the tunnel, or even looking at alternative solutions to ease congestion, such as banning truck traffic during rush hour, and/or increasing rapid bus service through the tunnel.

Two contracts worth a combined $17.3 million have already been awarded to two contractors to commence site preparation along Highway 99.

After site preparation, major construction is scheduled to begin later this year with the new bridge opening in 2022. Tunnel decommissioning will follow, noted the Ministry, should the project continue.