Schools from Langley to Bowen Island are now free to apply for funding for science and technology projects backed by Chevron’s Fuel Your School promotion.
Sep 9, 2016 11:06 AM By: Vancouver Sun 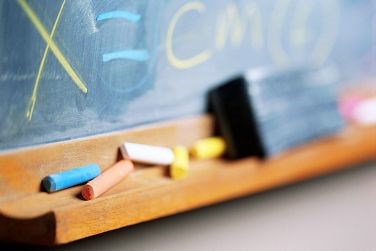 Schools from Langley to Bowen Island are now free to apply for funding for science and technology projects backed by Chevron’s Fuel Your School promotion.

The promotion has been expanded from five school districts to 11 and aims to distribute at least $565,000, according to Chevron’s public affairs officer Adrian Byrne.

There appears to be a powerful appetite for the program, run by the Canadian charity My Class Needs. More than 150 applications from B.C. were received in just two hours when the online application site went live Tuesday morning, said My Class Needs CEO Amy Coupal.

But Vancouver school board chairman Mike Lombardi warned principals to ensure they are complying with the school district’s corporate sponsorship policy should they elect to apply for funds.

“As far as I know, no Vancouver school has applied and the district is not participating in the program,” said Lombardi. “We allow our schools to be fairly autonomous, but they have to comply with policy.”

Donations to Vancouver schools must come with no strings attached, he said.

“We happily take donations from any agency as long as they don’t expect anything in return, such as advertising,” said Lombardi.

“We have many companies and corporations who do that every day and we are grateful for that.”

The district rebuffed a proposal by Chevron to form a partnership in 2014 because the program they proposed violated board policy on corporate funding for education, according to Vancouver school board trustee Patti Bacchus, then VSB chairwoman.

“It was an unusual request, in that (Chevron) wanted the entire district to enter into a partnership, which we don’t generally do,” she said.

“It had a couple of red flags for Vancouver. We have fairly clear policy around sponsorships and the marketing component was certainly a concern. Any time you are using schools to market things to the public that’s a concern.”

A recent request by Chevron to meet with VSB staff was declined, according to Byrne.

Nonetheless, schools can now apply for funding, whether their district has a formal arrangement with Chevron or not, he said.

“When we partner with districts, we can tailor the program to meet their policies,” Byrne said. “But we wanted all kids and teachers across the region to have the opportunity to participate.”

In all, schools in 11 districts in the Greater Vancouver area are eligible to apply to the charity My Class Needs for support for projects related to science, technology, engineering and mathematics. The program, open to classes from kindergarten through Grade 12, has distributed $1.8 million in B.C. since 2013.

In the month of October, Chevron will donate $1 —  up to $565,000 — for every purchase of 30 or more litres of gasoline at participating stations, with additional money to be raised through crowdfunding. Private individuals can read teachers’ applications online and make direct donations to the project of their choice, said Coupal.

No branding or advertising is included in the materials supplied to schools. Chevron will advertise the Fuel Your School promotion at participating gas stations through the month of October.