B.C. Legislature investigator was fired from casino security job after suspension for intoxication

Alan Mullen was hired as a special advisor to Speaker of the House Darryl Plecas earlier this year
Nov 29, 2018 7:04 AM By: Graeme Wood 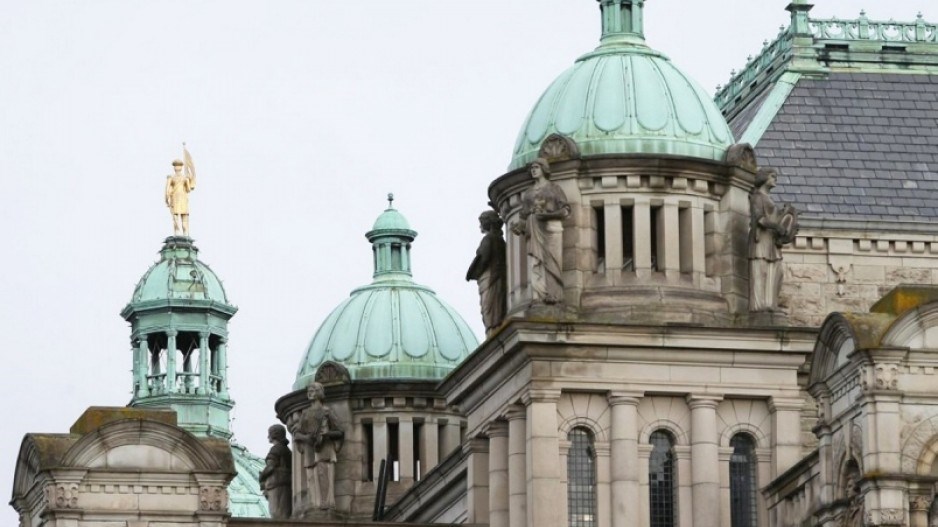 The man at the centre of a mysterious criminal investigation of the B.C. Legislature was terminated from his previous casino security management job after being drunk at the workplace, court documents allege.

Documents show the case was either settled or dropped by Mullen prior to a hearing, and without costs to either party, in December 2007.

Mullen had claimed he was terminated without cause and without reasonable notice. The casino responded to the court that Mullen had, in fact, been suspended for four days, without pay, for “intoxication in the workplace.”

The casino said Mullen did not appeal the suspension, which occurred in September 2006. The two sides continued their working relationship until about a year later, in June 2007, when Mullen commenced an internal claim for 542 hours of overtime worth $11,465 (his salary was $45,000).

But the casino claimed Mullen was uncooperative when it attempted to investigate his claim.

“The Defendant (casino) attempted to investigate and resolve the matter through dialogue with the Plaintiff (Mullen) but the Plaintiff steadfastly refused to provide the necessary or any back-up documentation or supporting information,” stated the casino in its statement of defence.

The casino claimed Mullen was “vexatious” after he commenced an action in provincial court to recover the overtime pay.

“The Defendant directed the Plaintiff to provide such documentation or supporting information to the Defendant if the Plaintiff wished to pursue the claim,” stated the casino. But Mullen instead filed his lawsuit, which the casino said was a “repudiation of the Contract of Employment.”

At this juncture the casino believed “by his actions, the Plaintiff had poisoned his relationship with the Defendant. It was no longer feasible for him to remain in the Defendant’s employ and he was dismissed for cause as a result.”

Mullen started working at the casino as a security guard in February 2004 and was promoted to a security shift manager position one year later. Mullen claimed he was diligent and faithful in his duties. He claimed his dismissal was “callous, abrupt and humiliating,” which caused him anxiety and loss of reputation for which he sought general and special damages.

Terms of any potential settlement were undisclosed and Mullen has not replied to multiple interview requests. Great Canadian said it does not comment on personnel matters.

Mullen was thrust into the political spotlight last week when House Speaker Plecas revealed Mullen had conducted a secret, seven-month long, private investigation into sergeant-at-arms Gary Lenz and legislature clerk Craig James. The files were passed to the RCMP, which has stated two special prosecutors are now managing the investigation of claims, details of which have not yet been made public, related to Lenz and James’ administrative duties.

Mullen was hired by Plecas as a special advisor for a reported $75,000.

After his job at the casino, Mullen reportedly volunteered on political campaigns and as a corrections official at Kent Institution, a federal maximum security prison in Agassiz, where he and Plecas (a prison judge) first met and later became friends.

Plecas suggested to House leaders last week that Mullen be appointed interim sergeant-at-arms — a suggestion that was met with quick refusal according to Minister of Public Safety and Solicitor General Mike Farnworth.

James and Lenz maintain they are unaware of specific allegations against them.