Farmer puts up fence to stop drivers of BMWs and Mercedes vehicles from stealing his crop
Oct 19, 2017 1:47 PM By: Graeme Wood 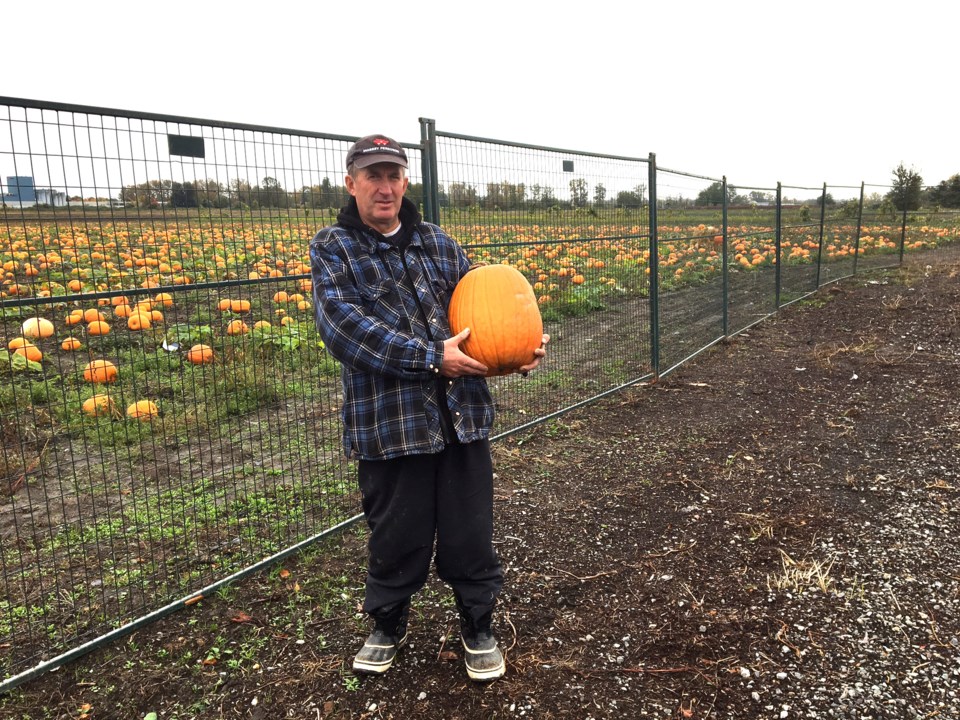 People driving the likes of $100,000-plus luxury vehicles are backing into George Gens’ fields and stealing his pumpkins, prompting the farmer to erect fences around his G J Farm in south Richmond.

“I don’t know what to say; it’s hard. People look through, grab, that’s why we have to put a fence up,” said Gens, who immigrated to Canada in 1989 from Paraguay, where he was raised on a family farm.

“It’s not that they take pumpkin, it’s that they steal. I grew up in small place; no one steals; they need food, they ask. I don’t mind.

“If they come to us, they cannot afford, I will give it to them. I see many people; they are poor. They need something, I say take, take, it costs me $2,” said Gens.

This, he hopes, should prevent the BMW, Range Rover and Mercedes vehicles from accessing his fields. But many, he said, still seem undeterred as they move the fence's emergency exit to back their vehicles in.

Gens said he has only experienced the theft at such rates over the past four years.

“First we put a sign, ‘No Trespassing,’ and then we put a sign in Chinese and English. But people don’t care, they go right into the field and steal,” said Gens, noting all his big pumpkins have been stolen.

“When you see someone steal something that pleases everybody, I’m not too happy,” said Gens, who wakes up most days at 4:30 a.m. to start work on his 85-acre vegetable farm.

Gens said from his home he hears the vehicles come in at night, after his dogs start barking at them. He said even during the day he's confronted some thieves, who proceed to claim ignorance. He said he's recently installed cameras, hoping to catch the perpetrators.

This week, the City of Richmond launched a social media campaign to “Respect Our Farmers.”

“We’ve been working with local farmers for a number of years . . . to address ongoing issues around vandalism, theft and other conflicts between the general public and farmers,” said city spokesperson Ted Townsend.

“This year, local farmers have raised additional concerns about problems being caused by motorists stopping to observe the ongoing harvest” and/or “helping themselves to farmers’ crops,” added Townsend.

Farms are private property, please no trespassing or helping yourself to crops. Harvest time is busy -keep safety a priority. #RichmondBC pic.twitter.com/viJPhhSx4m