At 13, Courage recipient had to decide: potentially debilitating surgery or death

Alisa Gil Silvestre is the 2018 recipient of the Courage To Come Back award in the youth category
Apr 5, 2018 9:02 PM By: Martha Perkins 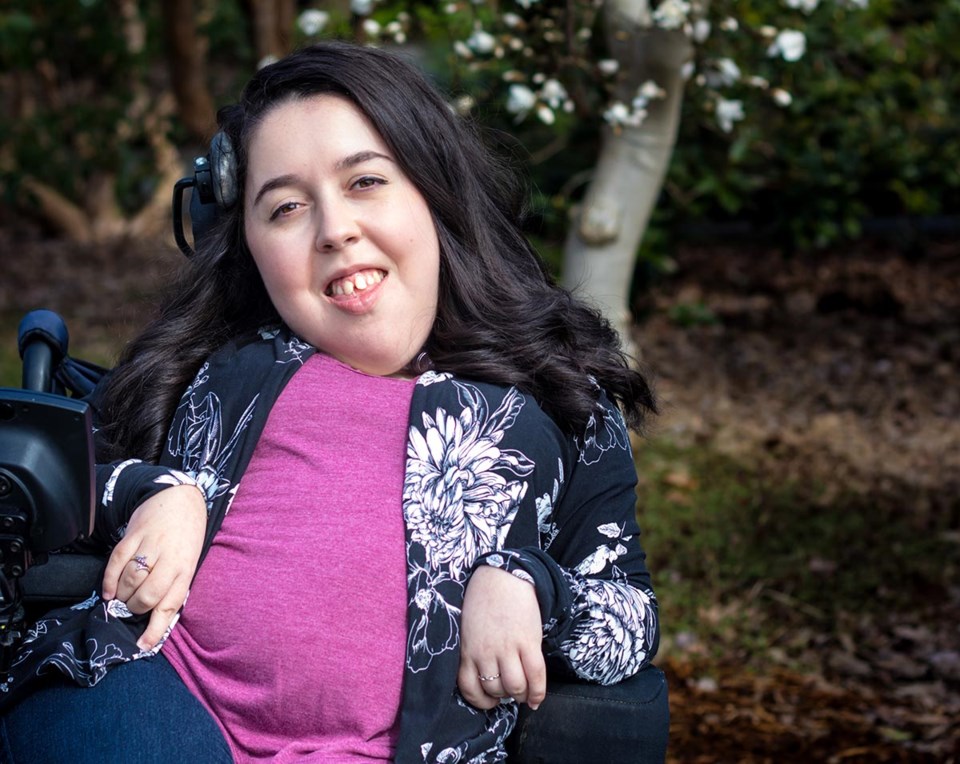 “For me, it’s just me living the life I have to the fullest extent that I can," says Alisa Gil Silvestre, the 2018 recipient of the Courage To Come Back award in the youth category.Julia Gil Silvestre

Alisa Gil Silvestre was 13 when her doctor at B.C. Children’s Hospital told her she had to make a choice between dying or having an operation that might mean she would never speak or eat again.

By agreeing to have a tracheostomy and being hooked up to a 24-hour ventilator, any hope of independence would be quashed by the need for round-the-clock care; once the ventilator took over her lungs’ responsibility for breathing, someone would always have to be seconds away to provide ongoing medical support.

It wasn’t the first time Alisa had to face the likelihood of death. She was born with Congenital Muscular Dystrophy, an inherited disease in which the muscles that control movement progressively weaken and for which there is no cure. At the age of two, she was given her first electric wheelchair as part of a test project to see if a toddler could handle the controls without running into everything in sight.

By the time her left lung collapsed and, for the first time, defied any attempt to make it work properly again, Alisa had already been in and out of hospital several times for a variety of reasons including hepatitis, pancreatitis, the H1N1 virus and spinal fusion surgery. One hip was permanently dislocated; that’s what caused her entire body to shift and put pressure on her lung.

A family friend with the same disease had died a year after similar surgery. Would that be her fate, Alisa wondered. If so, was it better to forego the surgery and die now?

On May 10, the 22-year-old college student will be on the stage at the Vancouver Convention Centre to receive the 2018 Courage to Come Back Award in the youth category. It’s in recognition of how she continues to rise above challenges and, in doing so, be a role model to others. It also honours her commitment to raising money — $250,000 and counting — for Muscular Dystrophy Canada, as well as taking part in numerous public speaking engagements.

“Truthfully, I hate being called an inspiration, and a lot of people in my situation would agree with me,” she says, her wheelchair pulled up at her family’s dining room table at their home in Burnaby. “For me, it’s just me living the life I have to the fullest extent that I can. This is the life I’ve been given so I need to figure out what works for me and what doesn’t. The fundraising is something I really enjoy. It’s so important to me to help people who aren’t as financially stable as my family is and have the support I have.”

Looking back at the decision she had to make nine years ago, Alisa — which is pronounced Ah-leesa — says that what inspired her to say yes was her six-month-old twin sisters, Lianna and Brittney Gil Felts. (Alisa’s parents, Carlos and Teresa, divorced when she and her older sister Julia were children; her stepfather is Trevor Felts.)

As hard as it was, her parents also felt it was important for Alisa to make the decision on her own.

Teresa had been devastated when her daughter’s MD was diagnosed when Alisa was three months old. “The whole world was just crumbling down and she was just sunshine every day,” says Teresa, who had phoned to say hello to her daughter during the interview. “She’s been continually like that even through the darkest days. She remained positive and courageous.”

Up until that point, Teresa had been making most of the decisions in her daughter’s healthcare but since the ramifications of the surgery would be Alisa’s to bear, “I had to just respect the fact it was her life and she was the one who had to deal with it. As hard as it was, I took a step back and let her think things through. When you truly love someone, you have to let them make a choice. It was brutal.”

“I’d been through a lot in my life prior to this,” Alisa says of why she considered not having the surgery and accepting death as the outcome. For her, the biggest fear was losing the ability to speak. “I talk a lot,” she says with a smile. “Anyone who knows me knows I never stop.”

Even though she knew her family wanted her to have the surgery, Alisa believes that “if your child is able to understand what’s going on, you really need to talk to them and ask how they want their life to be.”

The very fact that Alisa is here to reflect on that decision, and express herself so thoughtfully, is evidence that not only did she say yes to the surgery but, after a lengthy recovery, regained her ability to speak and eat.

Today, Alisa is in her second semester at Douglas College. Originally she was taking anthropology but there was a lot to memorize and she didn’t know if she could pursue it as a career. She’s switched to geography to study with her sister Julia but is considering whether to go to BCIT to become a dental receptionist. “I think it’s something I could be good at,” she says, and the office environment would also accommodate her ever-present caregiver.

Health challenges continue but not with the same frequency. Last year she had “a weird random cold” that sent her to Vancouver General Hospital. “It was a really scary,” she says of the transition to an adult hospital where no one knew her. “It was a practice run of hopefully not too many practice runs at VGH.”

More pressing is her need to replace the ventilator she’s had since she was 14. The new one just doesn’t feel right. “I need to be comfortable and not just healthy,” she says of her fight against protocol for the new machine. “There’s a reason I’m getting mad and upset. They need to fix it so I’m not bawling my eyes out in discomfort.”

In the immediate future, she and Julia are planning a trip to San Francisco. Once again, it’s a scary proposition for her mother but, as Alisa says, her parents always strove to make sure she didn’t feel different or excluded. When there was an obstacle, the obstacle was removed.

“They never held me back so I didn’t feel I had to be cautious. How else are you supposed to become independent if you don’t do your own thing?”

Her mother says “you have to trust and believe that no matter how many days we have to live on earth, we’d want to live our days happy.… We took little baby steps and conquered it together as a family.”

Alisa knows that a lot of people find her attitude brave and admirable. She, however, simply thinks it’s how she was born, with or without MD. “A lot of time I don’t think my situation is why I am who I am,” she says. “My mom and sister are very fiery women, my grandmother, too. They’re anything-is-possible type people. Even if I was able-bodied, I think I’d be a similar person, maybe rebellious.”

As much as she hopes her fundraising efforts help find a way to cure her type of MD, “it would probably be later in the future, even from now. I hope to be around to see younger people being cured. That would be an amazing moment in history.”

This year marks the 20th anniversary of the Courage To Come Back awards. The May 10 gala is a major fundraising event for Coast Mental Health. For more information or to purchase tickets, go to CourageToComeBack.ca.